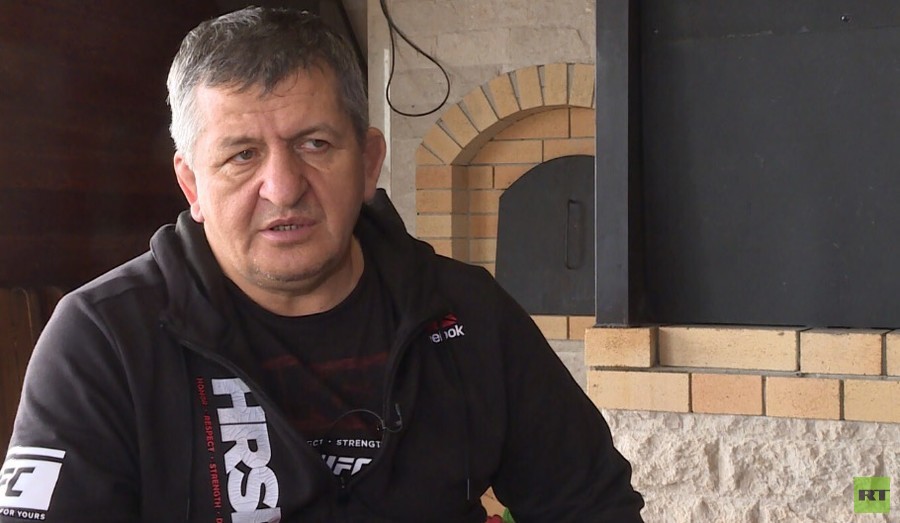 After a long wait, the fans are finally getting one of the most anticipated fights in the lightweight division as the UFC is negotiating to have UFC lightweight champion Khabib Nurmagomedov will be defending his title against Tony Ferguson at the Barclays Center in Brooklyn, New York on April 18.

It’s a fight that fans have been waiting for a long time and UFC has made several attempts at making this fight before, but the fight never came to fruition.

Khabib’s father Abdulmanap Nurmagomedov said that his son has signed the contract for the fight and called the match-up as ‘dream fight’ for MMA fans. Here’s what Abdulmanap had to say about the fight.

“We have signed a contract and are moving towards the goal to become the best regardless of the weight category. And this battle is more than ever to become the best. Both are on a collision course, and I want to say that the UFC never met fighters for both so that there were 12 consecutive wins. I call it a dream fight for all fans of mixed martial arts. We will do everything in our power to bring victory to our fans and Russia, and the result is for the Almighty.” He wrote.

UFC has previously booked the fight four times and all four times have both fighters pulled out. Khabib Nurmagomedov pulled out of fights in 2015 and 2017 because of injuries, while Tony Ferguson also pulled out in 2016 and 2018 for the very same reason.

Nurmagomedov last fought at UFC 242, where he defeated Dustin Poirier via submission in the fourth round. Ferguson’s last win was over Donald Cerrone earlier this year at UFC 238 and he is currently riding on a 12-fight winning streak. His last loss came to the Michael Johnson at UFC on Fox 3 which took place in New Jersey back in 2012.

Previous articleTJ Dillashaw on his EPO usage: I sold my soul to the DEVIL
Next articleFormer UFC women’s bantamweight Cindy Dandois brutally beaten by ex-boyfriend