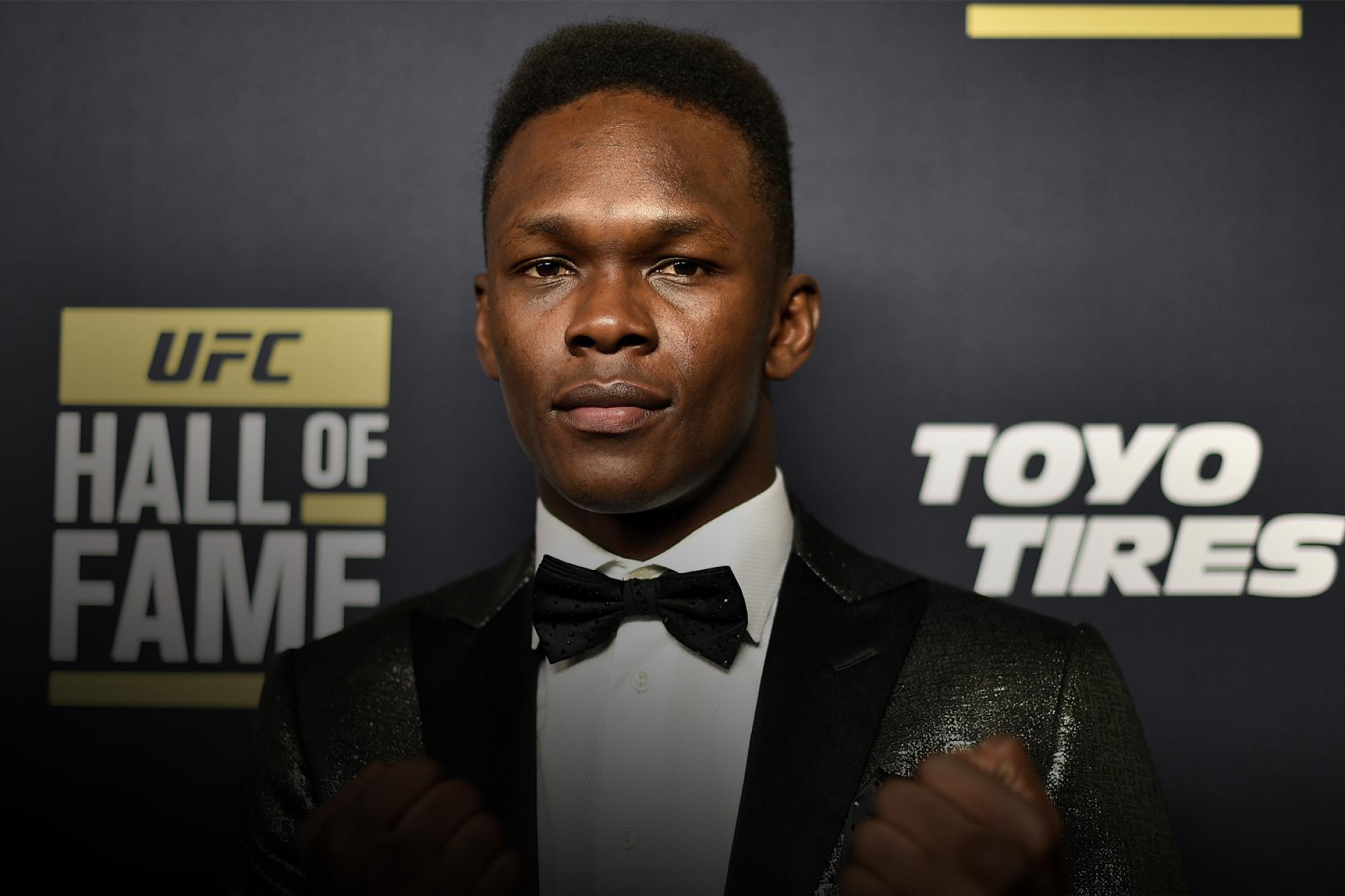 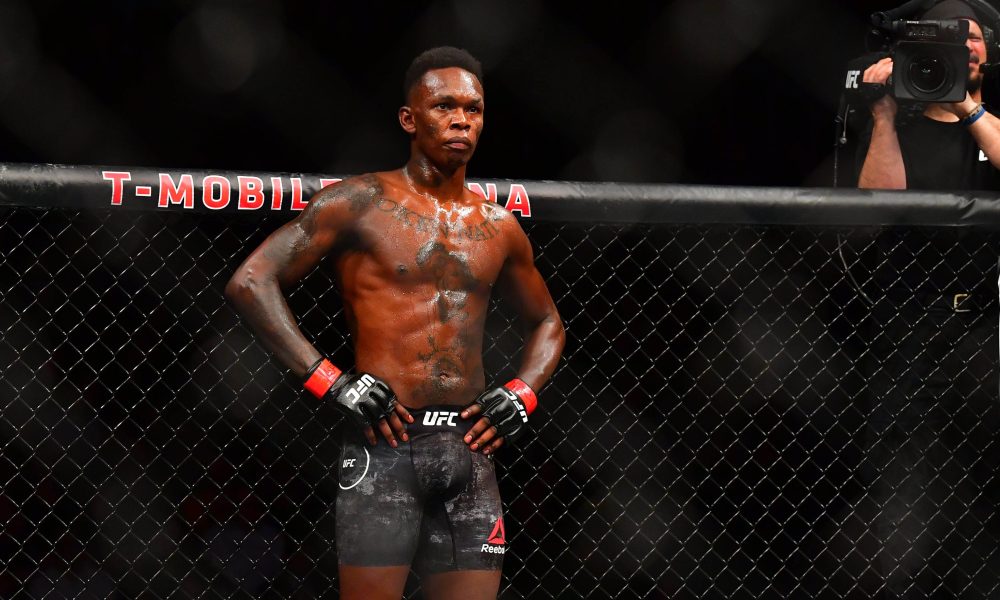 Adesanya posted a video on social media earlier this week, responding to trash talk from Holland. In the video, he told Holland: “Bro, I will f—ing rape you,” according to the New Zealand Herald.

Robertson, who is also the country’s minister of sport, condemned the comments and said that Israel’s choice of words should always be considered inappropriate, adding, “I’m sure Israel understands that, I believe he has deleted the tweet in question. It will be up to the UFC as to what they do.

“But I would certainly be making clear to him, and anybody actually, that we have to take rape seriously. It’s not an issue that anyone should be making jokes or flippant comments about at all.”

Israel Adesanya apologies for his words

Adesanya later deleted the video, and Thursday he posted an apology on social media.

“Last weekend fight talk escalated to a point in which I crossed the line,” he wrote. “I understand the gravity of this word and how it can affect and hurt other people apart from my opponent, although that was NEVER my intention. I am still growing under the spotlight, and I take this as a lesson to be more selective with words under pressure.”

The apology came right after Grant Robertson, New Zealand’s deputy prime minister and minister of sport and recreation, criticized Adesanya’s comment. Adesanya, who was born in Nigeria, is a longtime resident of New Zealand.

A UFC official did not immediately respond to a request for comment. The promotion maintains a Code of Conduct that bars fighters from using offensive language, though violations are evaluated and enforced on a case-by-case.  In the past, the promotion cut former bantamweight Miguel Torres for making a joke about a “rape van,” and UFC legend Forrest Griffin was once under heat for making a rape joke. 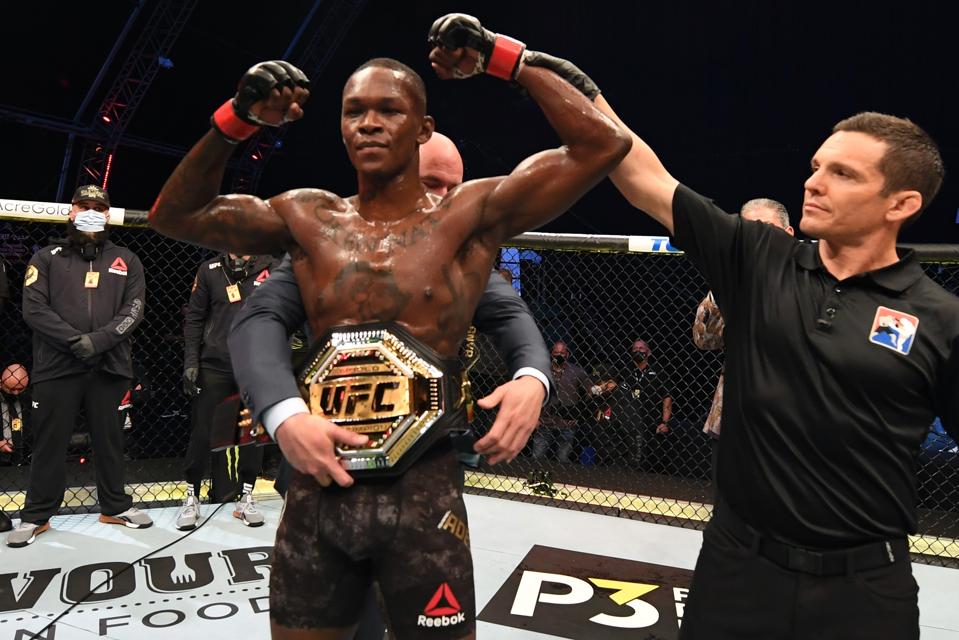 Adesanya, who failed in his bid to become UFC light heavyweight champion earlier this month against Jan Blachowicz, has drawn criticism for his words and actions before. When he knocked out Paulo Costa at UFC 253 last September, he pantomimed a sexually charged gesture to a prone Costa. And before a fight with Yoel Romero last year, he said he would make Romero “crumble like the Twin Towers.” Adesanya apologized for the latter remark.

Adesanya, 31, is coming off of the first loss of his pro MMA career, a unanimous decision defeat at the hands of Jan Blachowicz at UFC 259 in March. “The Last Stylebender” was attempting to add Blachowicz’s light heavyweight title to his collection and become a dual-division champion. He remains undefeated when competing at 185 pounds. He remains the UFC middleweight champion with a pair of successful title defenses to his name. ESPN has Adesanya ranked No. 5 on its MMA pound-for-pound fighters list.