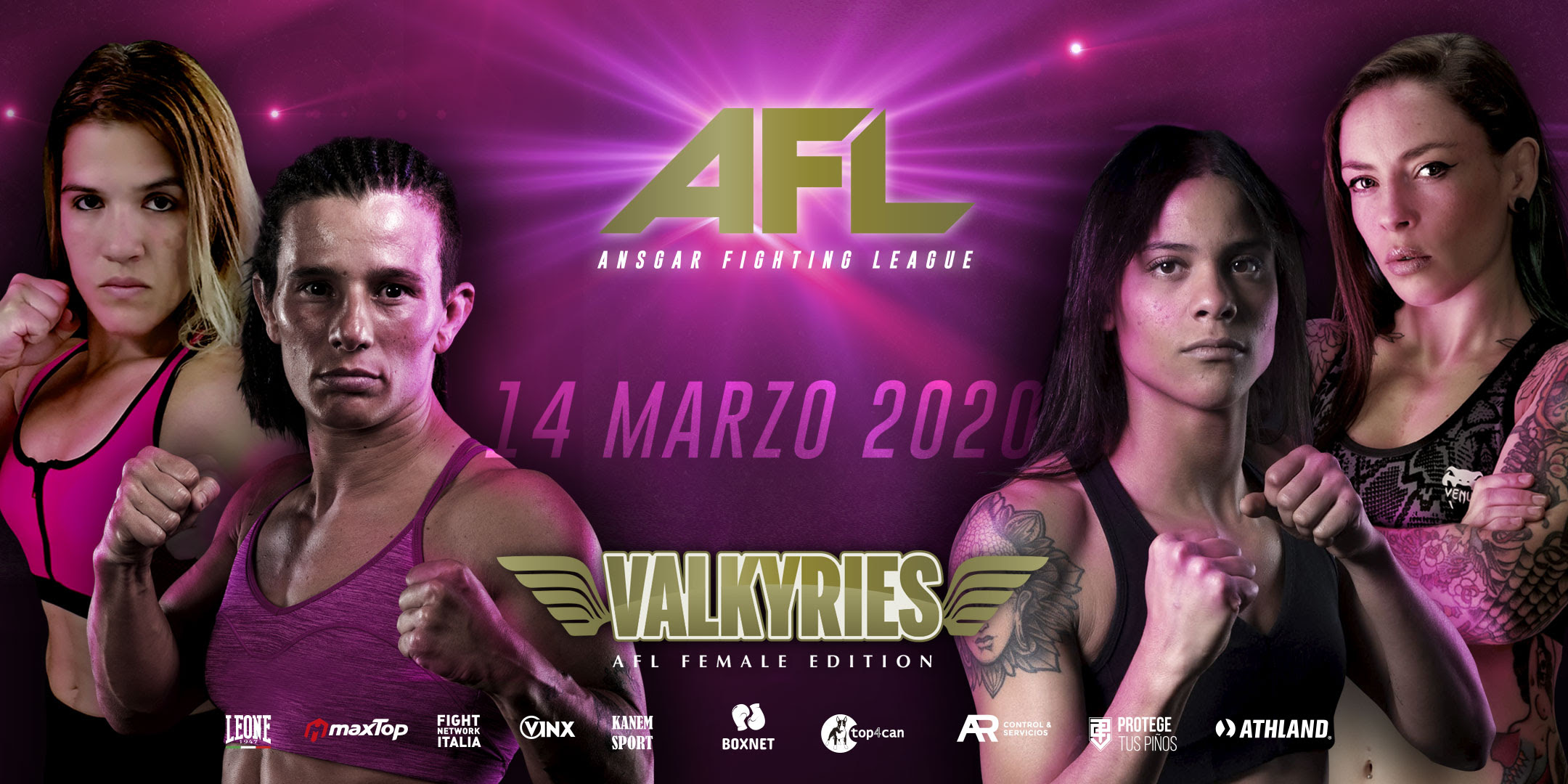 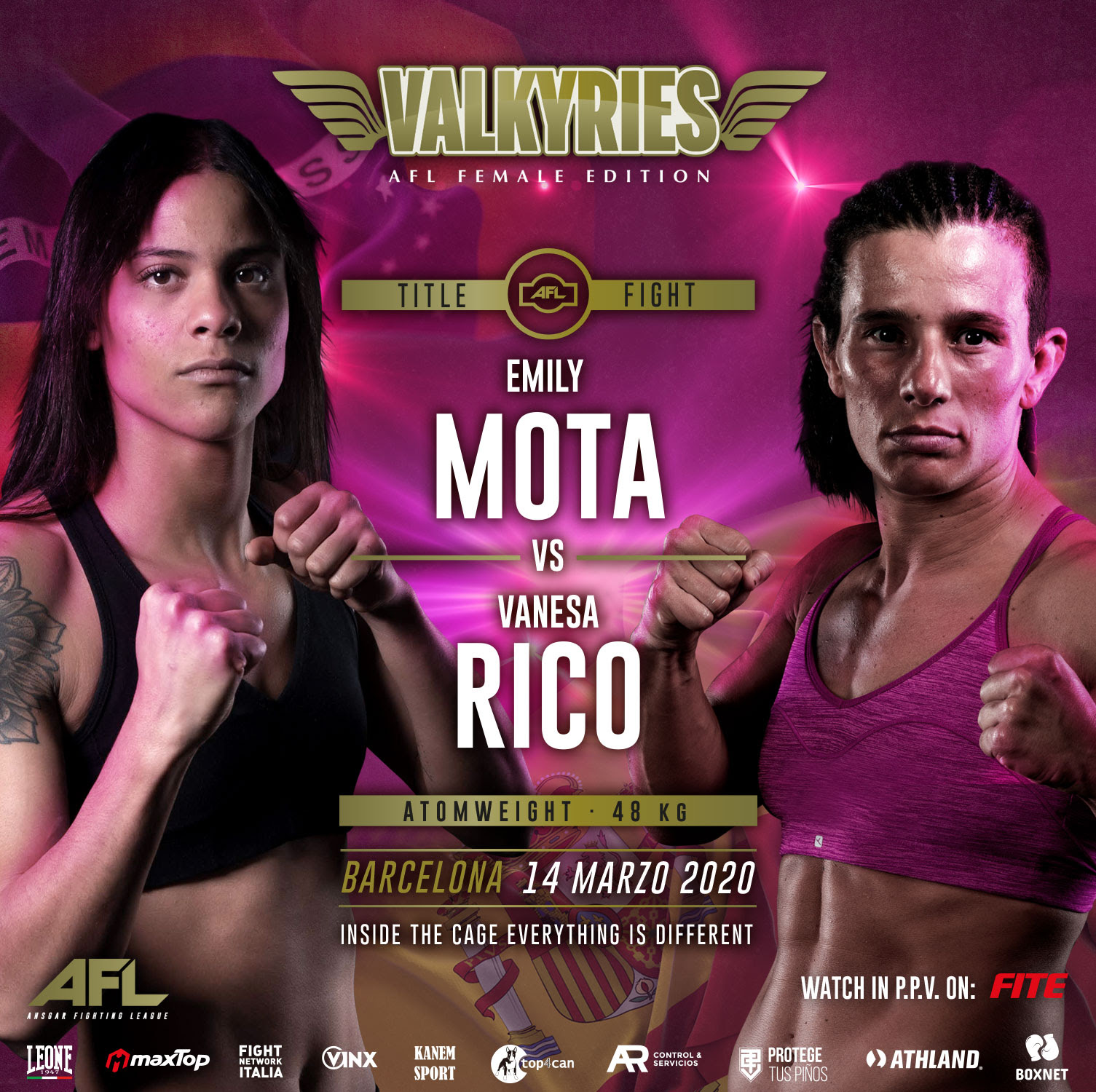 AFL has brought such stars as lightweight Joel Alvarez and TUF winner Juan Espino to the UFC and has been to proving ground for many of Spain’s top international fighters. Now the promotion will hep provide a platform for many female athletes in what will be the first AFL event of 2020. 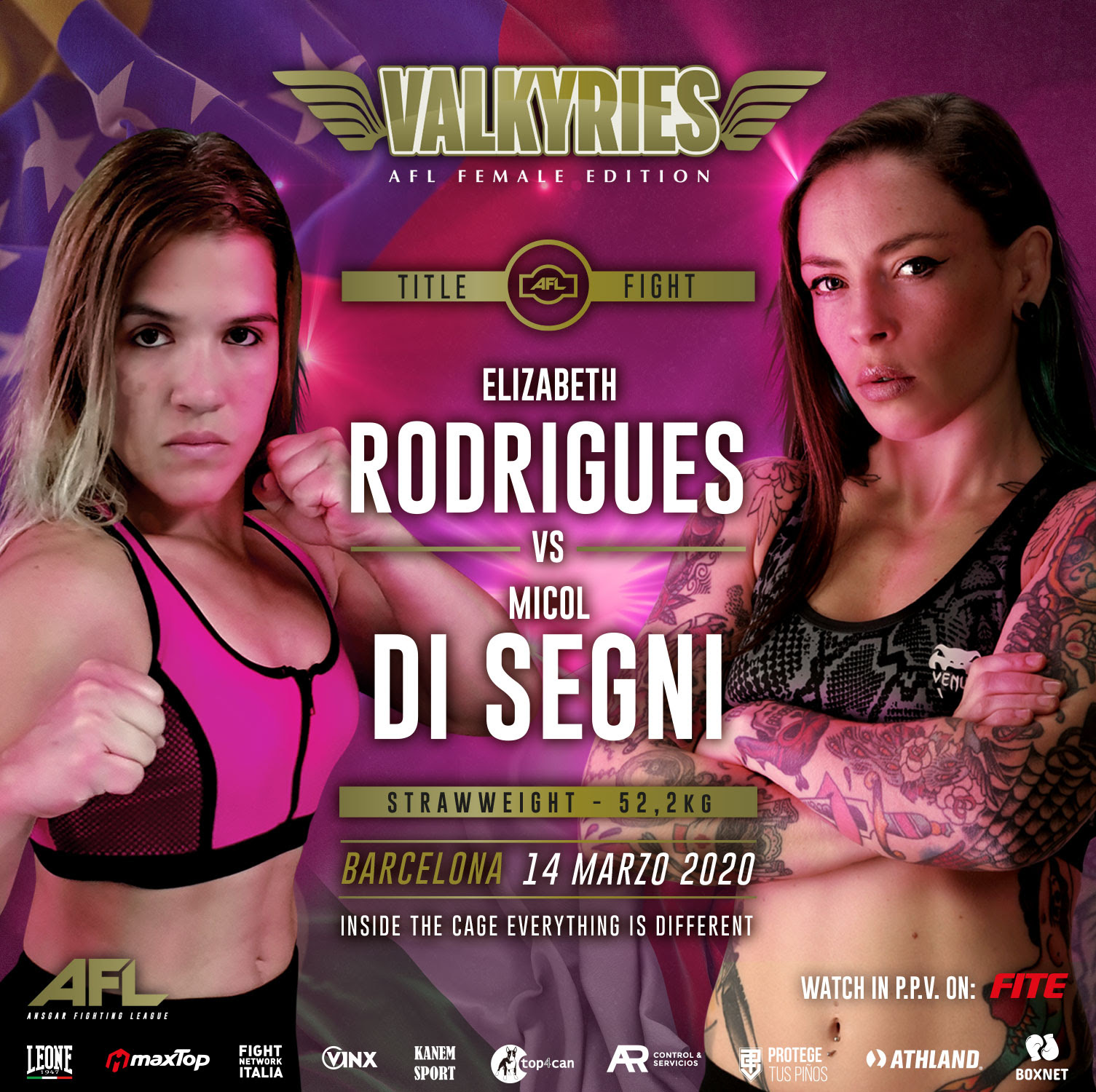 The main event will see the vacant atomweight title be decided in a much anticipated contest between Combate Americas veteran Vanessa Rico (3-5) and undefeated Brazilian prospect Emily Motta (2-0).

In the co-main event the vacant strawweight title will be on the line as Venezuela’s Elizabeth Rodrigues (4-2) meets Cage Warriors & Dana White Contender Series veteran Micol di Segni (7-3), who also goes by the moniker of Eden Von Hell from being a Suicide Girls model.

Also announced for the card is RIZIN veteran Alexandra Alvare (0-5) versus the debuting Andrea Meneses (0-0) in an all-Spanish clash between two popular local fighters.

More big fights featuring athletes from various other countries will be announced in the coming days.

AFL Valkyries will be available to watch live around the world March 14 live on FITE.tv.