UFC: After 2 wars, Rory MacDonald and Robbie Lawler train together 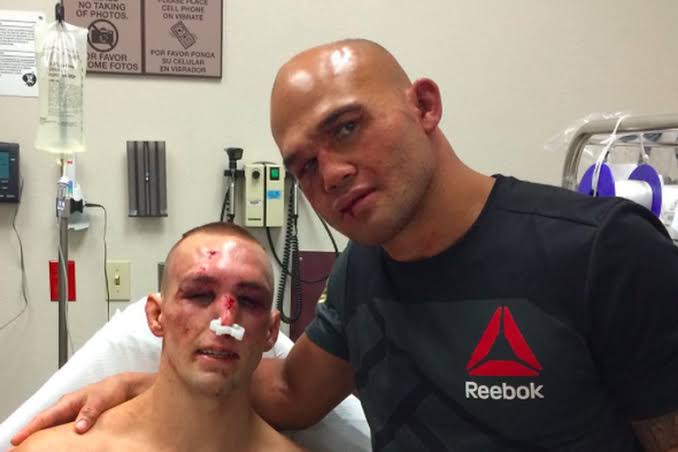 After a successful stint at Bellator, former welterweight champion Rory MacDonald has a new assignment.

The former UFC title challenger will fight under the Professional Fighters League (PFL) banner. Before that, the Canadian decided to sneak in a vacation on the shores of Florida. 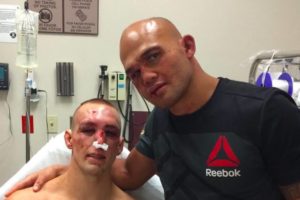 MacDonald obviously can’t keep himself out of the fight game as he showed up to the facility of Hard Knocks 365 in Fort Lauderdale, Florida. MacDonald met a familiar face, a man with whom he shares around 46 minutes of octagon time. Former UFC welterweight champion and arch rival Robbie Lawler. The duo also got a training session under the watchful eye of master head coach Henry Hooft. (via Twitter):

“A great week of training at @hardknocks365 with an amazing group of fighters and coaches! was a pleasure to meet everyone and also to train at their newest location @sanfordmma thank you @henrihooft for being so welcoming and kind”.

MacDonald and Lawler first met at UFC 167 back in November 2013. Lawler was able to edge MacDonald via a razor thin split decision. The pair then met at UFC 189 in November 2015 in what would be one of the greatest fights of all time. The fight featured a blood bath as both the fighters engaged in back and forth brawls. Eventually Lawler was a able to find a home for his right hand which damaged MacDonald’s nose. Unfortunately MacDonald suffered a fifth round TKO loss.

MacDonald last fought multiple time Bellator welterweight champ Douglas Lima in October last year. He suffered a unanimous decision loss. The loss may have been instrumental in the move to PFL.

PFL offers tournament winners of each weight class with a huge sum of $1 million. MacDonald would be a massive favourite going in and would definitely eye the prize before hanging up his gloves.

UFC News: Anthony Smith almost cut out of his finger in order to keep fighting!