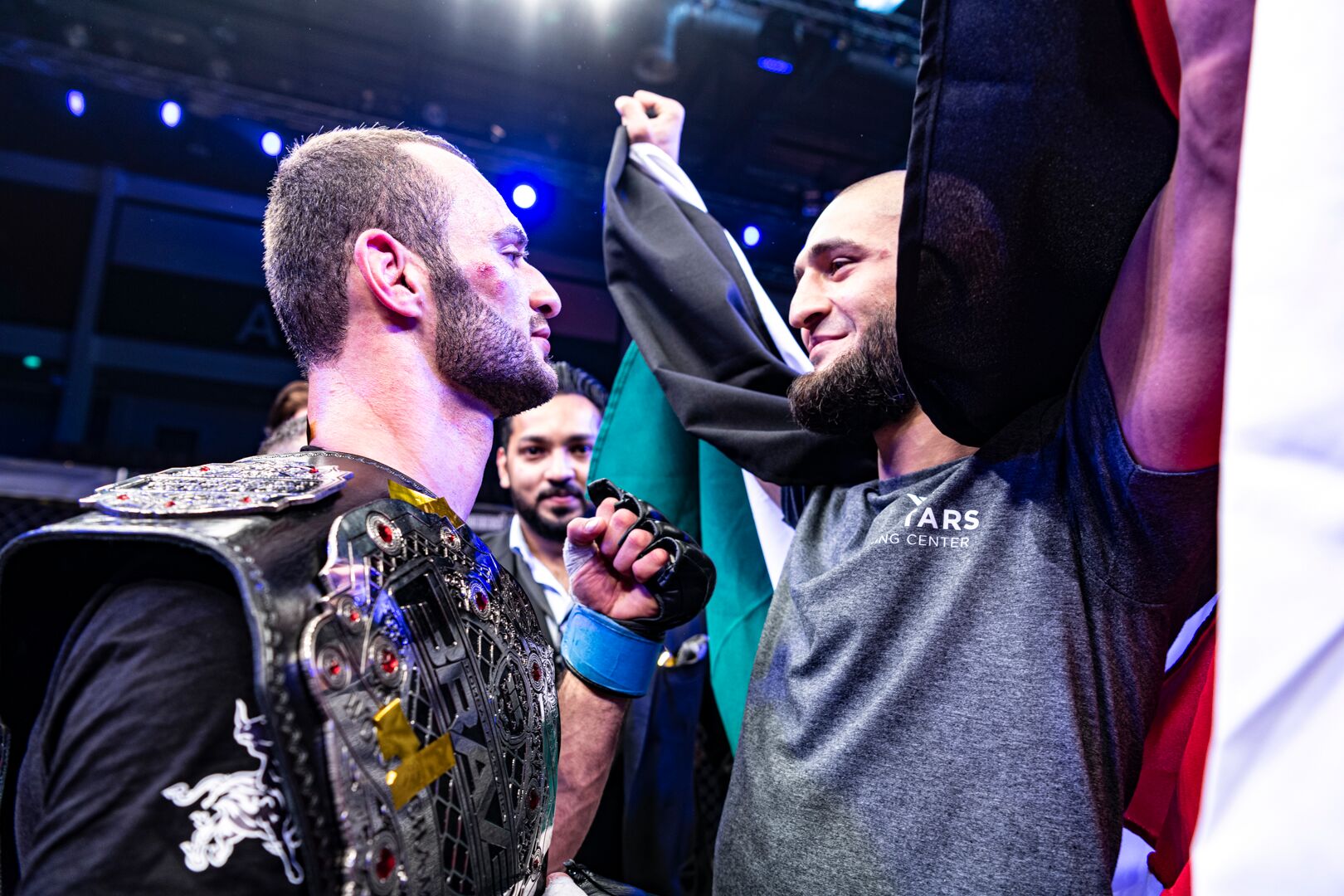 Sweden’s Khamzat Chimaev continued his brilliant run in the BRAVE Combat Federation’s Welterweight division with a second-round submission of Mzwandile Hlongwa in the main card of BRAVE CF 27, which took place at the Mubadala Arena, in Abu Dhabi, last Friday. After the show, “Borz” took his destiny into his own hands by calling out newly-crowned divisional champion Jarrah Al-Selawe.

“The Jordanian Lion” had just finished Abdoul Abdouraguimov to reclaim his title and was surprised as Khamzat barged in the cage. Earlier in the night, Chimaev had already expressed his wishes of fighting for the Welterweight title after yet another dominant performance.

Even though it was the first time inside the BRAVE CF Arena that he went to the second round, Khamzat used his world-class wrestling to maintain his dominance of Hlongwa, before putting him to sleep with a D’Arce choke.

After his interview, Al-Selawe gave space for Chimaev to be interviewed by commentator Phil Campbell, and the All Stars gym product kept things respectful, even though he asked to take Jarrah’s Jordan flag as a sign of respect between both competitors.

“I want the belt and Jarrah has it right now. It will be a great fight”, simply said the number one contender.

After that, BRAVE CF president Mohammed Shahid confirmed that was the fight to make and, while no timeline has been given for the bout to take place, BRAVE Nation can now look forward to yet another amazing showdown between two of the promotion’s top Welterweights.