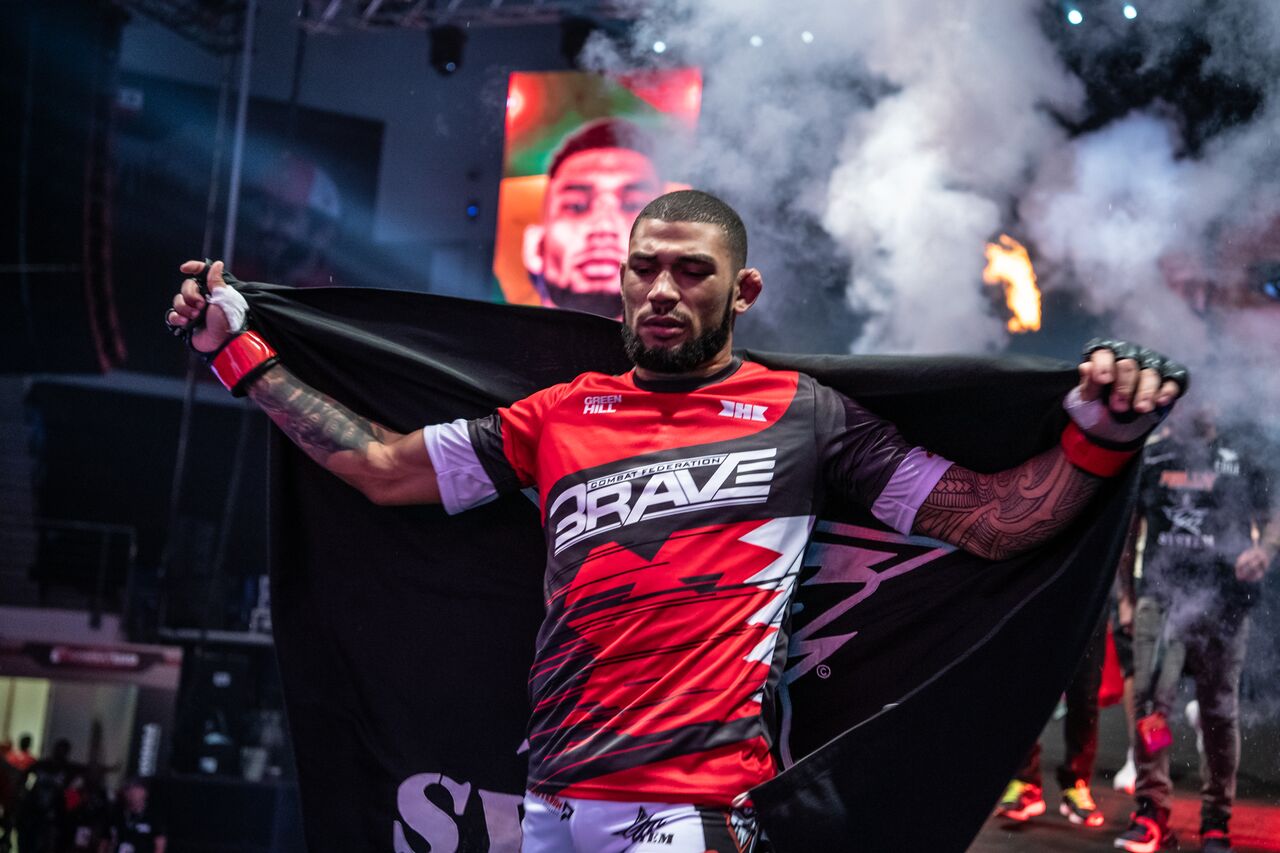 Luan “Miau” Santiago is back. In his native Brazil, the BRAVE Lightweight world c­hampion will defend his title against dangerous contender Cleiton “Predator” Silva.

Even though he’s only 24-years-old, Luan has fought around the world, thanks to BRAVE Combat Federation. His experience in the last few fights can be a difference-maker at BRAVE 25. In April of this year, he went to Jordan as Abdul-Kareem Al-Selwady’s first challenger.

Abdul-Kareem is one of Jordanian MMA heroes, a young man who needs no introduction when it comes to mixed martial arts in the Middle East. One of the top stars of BRAVE 23, Al-Selwady came into the Arena to a chorus of cheers, while Luan was welcomed with boos and menacing chants. Unfazed, Santiago put on the performance of a lifetime, as he avoided all the main strikes from the then-champion while connecting at will.

Then, out of nowhere, he threw the strike heard around the world. With a quick motion of his hips and the perfect placement of his elbow, he knocked Al-Selwady out. While the arena fell silent, thousands of miles away, Brazil cheered, and the internet exploded. 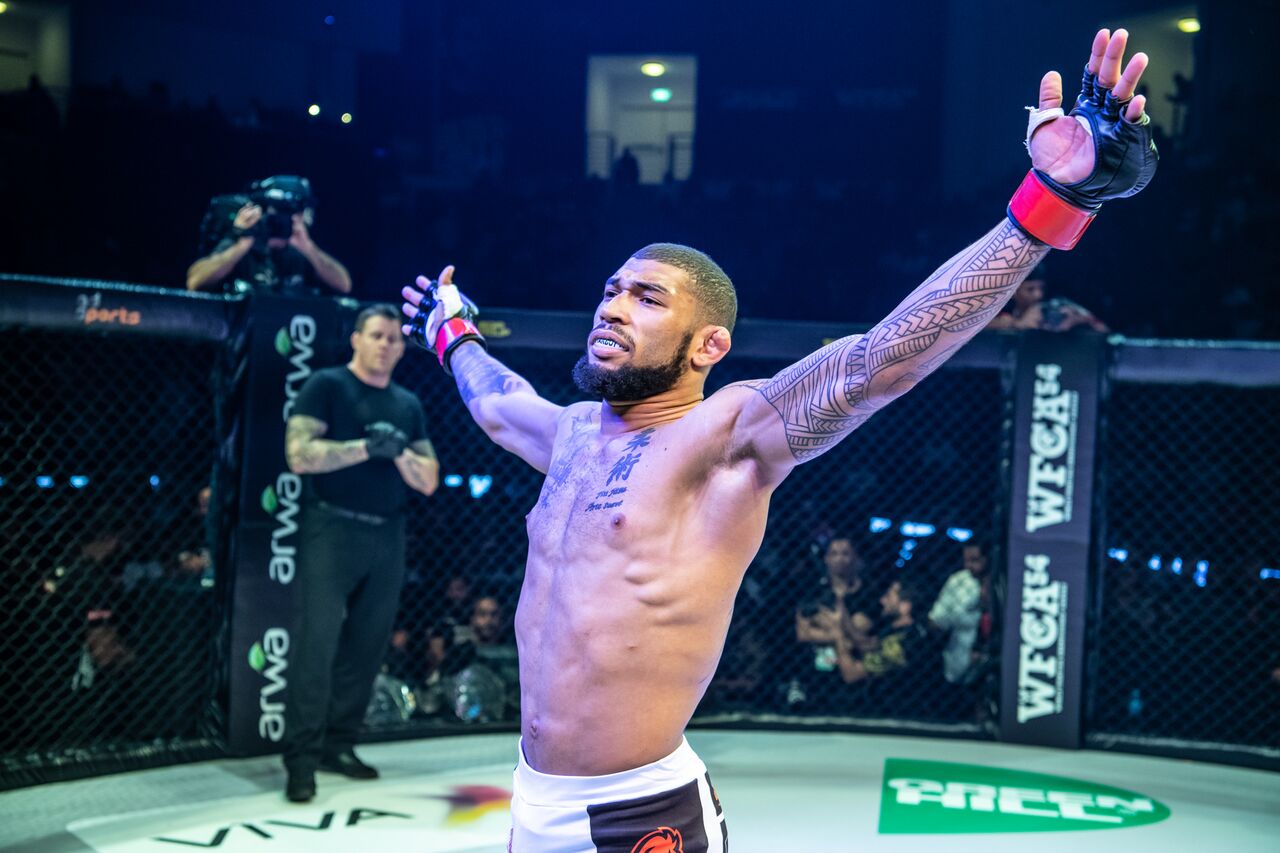 Santiago’s KO went viral online, as websites ran to publish a video of his incredible victory. As Carlos Kremer announced his name as the new world champion, Luan fell to his knees, crying, in disbelief. And paid tribute to the crowd that was cheering against him seconds before.

“Jordan is my third home, after Brazil and Bahrain. I want to thank you all for the support, and I hope to fight here again, but this time with this amazing and beautiful crowd behind me”.

It was the realization of a dream years in the making.

From the poor upbringing in Salvador to the injury in his first title fight for BRAVE. From the bullying he suffered as a child, and the need to be protected by his sister, to the disagreements with his family, most of which didn’t want him to be a fighter. From the move to Curitiba, where he went with a pocket full of dreams, but empty of money, to the riches of international fights and title belts.

Luan had gone through it all. And he didn’t forget where he came from.  Since becoming the champion, “Miau” has transformed into one of the biggest personalities of the fight game in Brazil. In Curitiba, where he trains under famed trainer and fellow BRAVE fighter Cristiano Marcello, he’s a VIP wherever he goes.

He has developed a liking for public speaking, as well as blossoming into one of the leaders of the talent-rich CM System academy and is gearing up for a comeback to defend his title.

He will be the main event of BRAVE 25, which is scheduled for August 30th, in Belo Horizonte. The city happens to be the hometown of the challenger, the man they call “The Predator”. So, his fight will not be exactly at home. Instead of his native Salvador or his adopted home of Curitiba, the champion will once again fight in enemy territory.

Revered in the city as one of its best fighters, Cleiton will have his family and friends in attendance, as well as his fans, who will look to create a heavy and uncomfortable atmosphere for “Miau”.

At 24-years-old, Luan is ready to prove himself in front of a hostile crowd. Again.