After months of speculation, 50 Cent and Bellator finally agree on terms 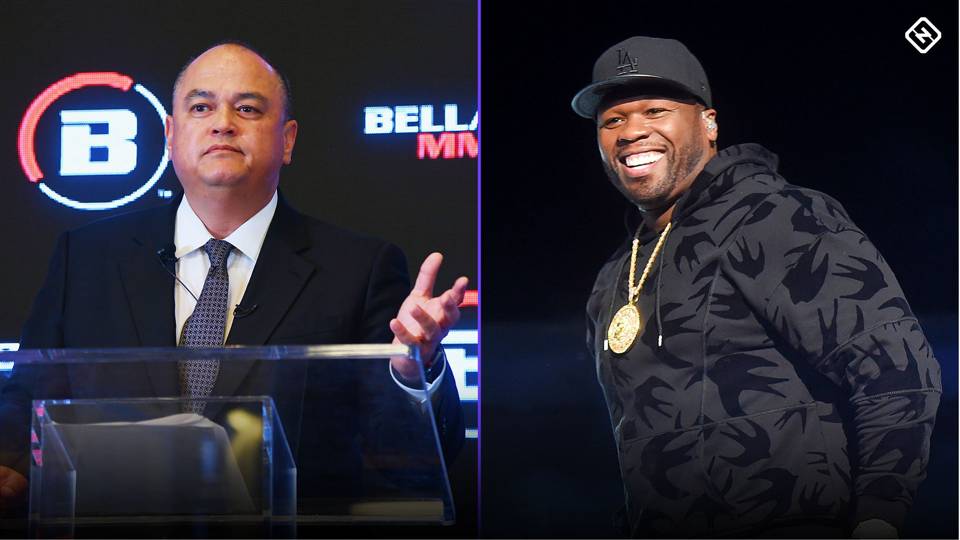 Bellator MMA and 50 Cent have raised the competition price of its upcoming welterweight grand prix, to the tune of a $1 million prize to the last man standing.

Bellator MMA announced it had reached an “extension agreement” with Jackson, which includes a new apparel line ‘Get the strap’ as well as integrating his champagne brand, Le Chemin du Roi, into future promotional events.

The press release by Bellator says:

“A passionate and knowledgeable MMA fan, Jackson has already agreed to re-invest a portion of his deal by offering one million dollars in cash to the winner of the upcoming Bellator Welterweight World Grand Prix that will air exclusively on DAZN.”

“Bellator has a roster filled with some of the most charismatic athletes in the world,” stated Jackson in a press release. “As my relationship with Bellator deepens, you will see me moving into fighter management opportunities that will allow me to integrate top stars into both scripted and unscripted projects across the Viacom networks, as well as the other outlets I have access to.”

Previous articleChris Weidman has fought Uriah Hall before…and it didn’t end well for one of them!
Next articleUFC tries to divide and conquer, tells Diaz that Poirier doesn’t want fight