After Rory moved up in weight, Mousasi wants to move down to collect another belt! 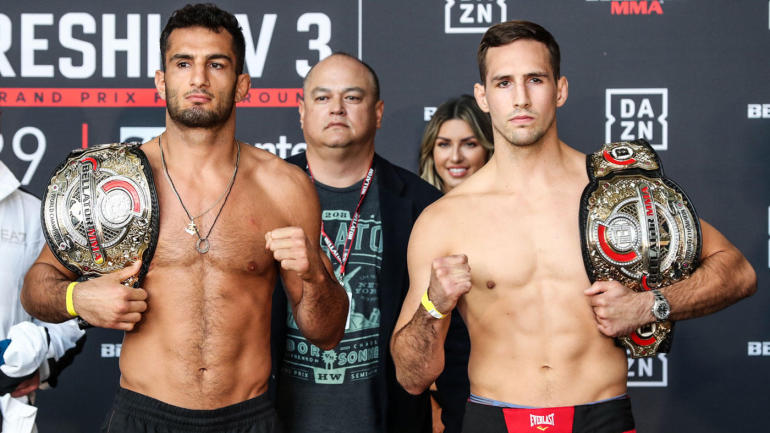 Bellator 206 is finally in the books. While it was indeed a great fight card, what made it even more special was the fact that it featured a bout between arguably two of the world’s best pound-for-pound fighters as the main event. In the headliner, the current Bellator welterweight champion and former UFC title contender, Rory MacDonald took on the Bellator middleweight champion Gegard “The Dreamcatcher” Mousasi. While some expected the fight to be really competitive, it instead turned out to be a complete one-sided mauling. Mousasi dominated the much smaller MacDonald and knocked him out via ground and pound in the second round. If some media reports are to be believed then Mousasi isn’t quite content with the victory and plans on cutting weight and going down to welterweight to take MacDonald’s title.

The news was first reported by noted MMA journalist Damon Martin of Flocombat, who also coincidentally happens to be a writer for UFC.com. Martin revealed in a tweet that Mousasi had allegedly told him a little bit ago that he is interesting in dropping down to challenge for the welterweight title soon, before ending his career. Below is the tweet by Martin:

Gegard Mousasi told me a little bit ago that he's interested in potentially dropping down to welterweight — for one fight only — to win another title before he calls it a career. Full story coming to @FloCombat #BellatorMMA