After suffering a nasty cut against Gunnar Nelson, Cowboy Oliveira receives 29 stitches…with a smile on his face 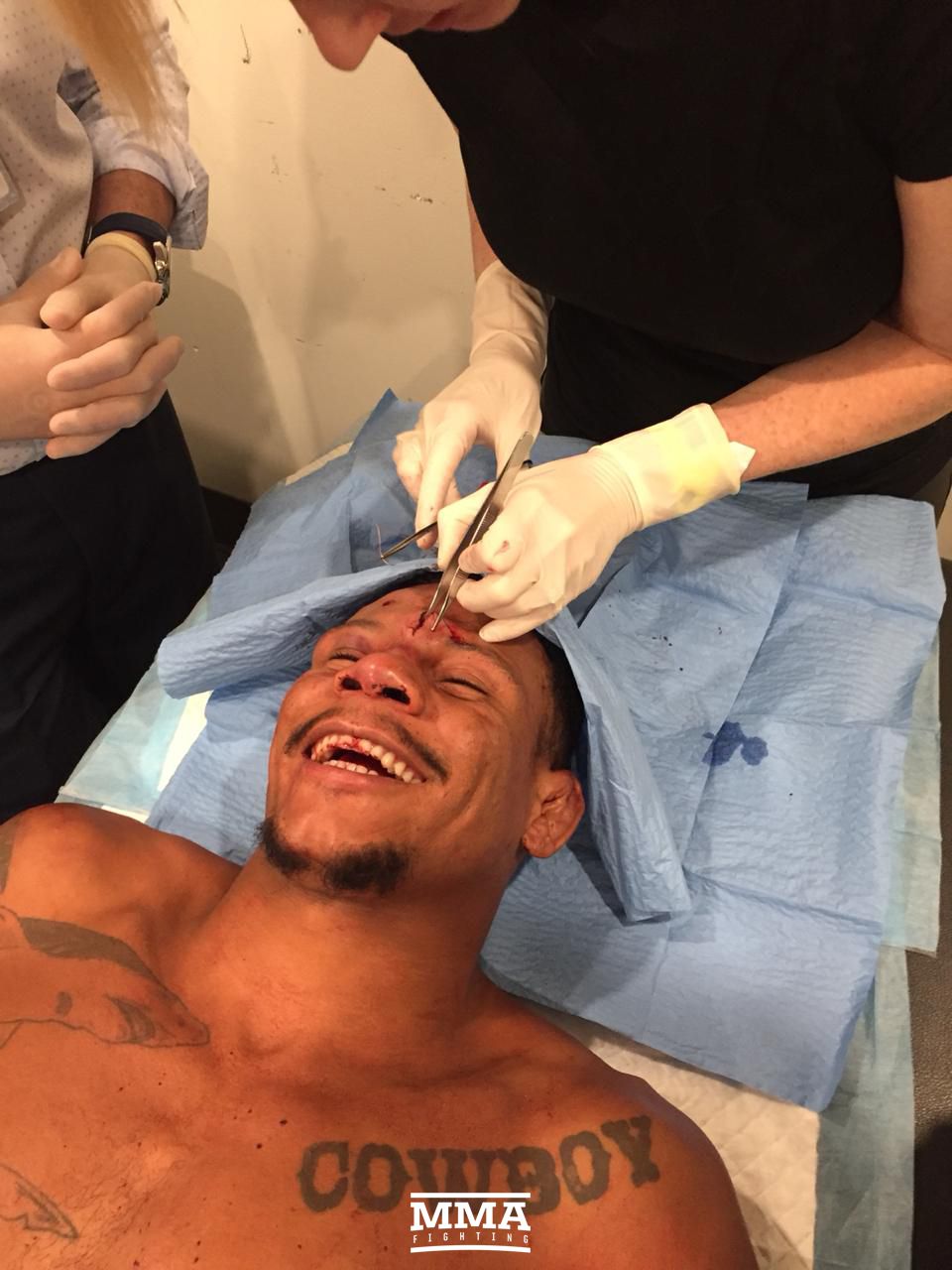 MMA fans are acquainted with seeing loads of blood. However, even the long-time fans out there were stunned by the amount of blood leaked at UFC 231, in the battle between Gunnar ‘Gunni’ Nelson and Alex ‘Cowboy’ Oliveira.

Nelson supplied a substantial number of ‘hell bows’ before getting the win in the end via rear naked choke. 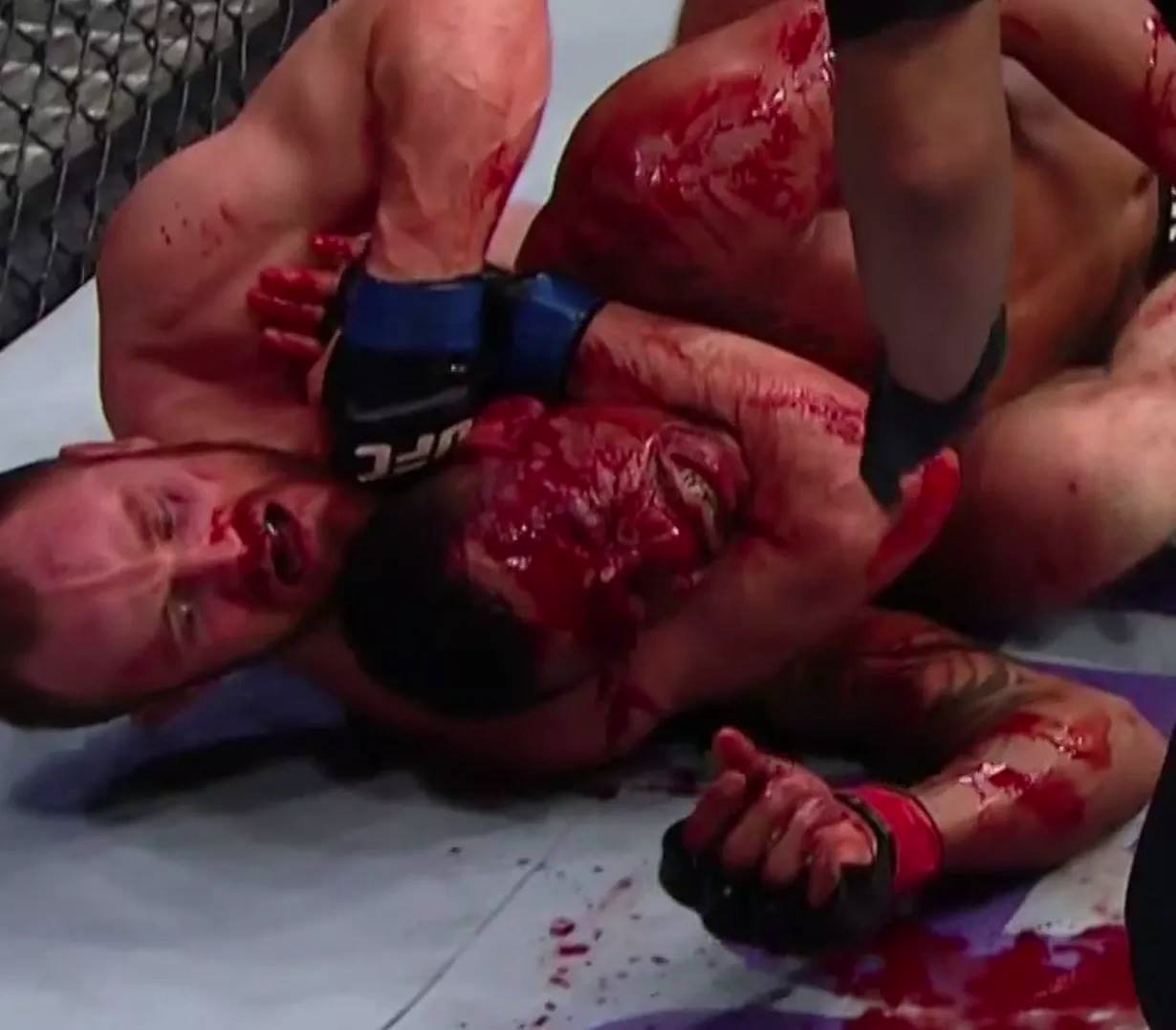 Many had questioned whether the Icelandic warrior could win on his come back to the Octagon. However, this execution refuted the skeptics.

Nelson grabbed the win in the second round as the Scotiabank Arena in Toronto was stunned.

Even though he had many doubters, Gunnar Nelson was certain of triumph.

“It ended the way I expected.”

“I believe he hit me in the back of the head, he caught me with the shot and got me a little bit disorientated. I was surviving there, but I was able to finish the job.”

This may stand out forever as one of the bloodiest endings in MMA history.

“Cowboy” required a total of twenty-nine stitches, and it looks like he took them with a smile.

Previous articleBen Askren says Conor McGregor was better before Proper 12 – Conor replies
Next articleDana White happy to have Ben Askren’s ‘fight anyone, anytime’ mentality in the UFC, takes a shot at Woodley