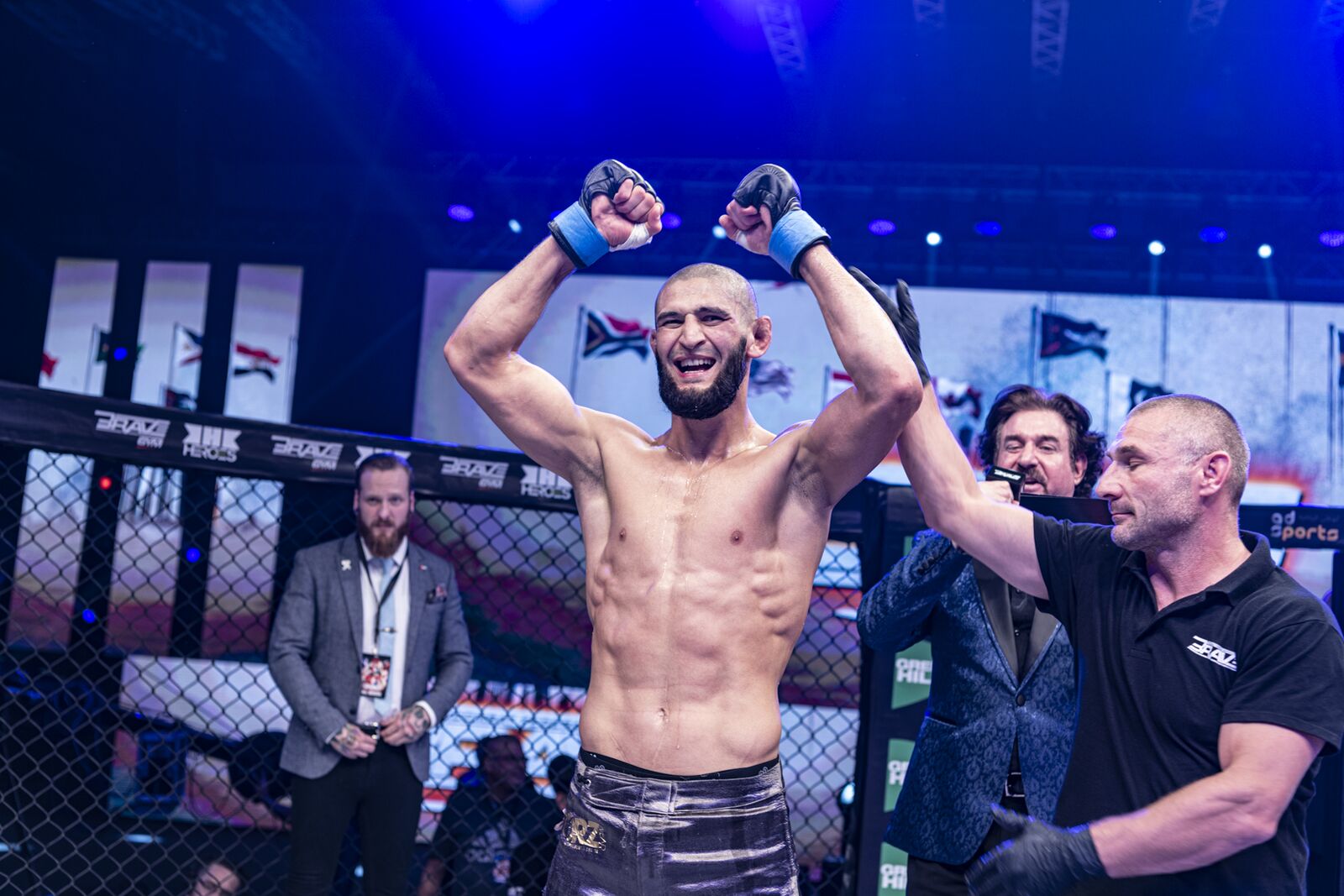 Ahead of the first world title shot of his career, which has been postponed due to Coronavirus, Khamzat Chimaev continues to pile up awards for a historic rise to the top. Undefeated at 6-0 with six finishes, including four inside the BRAVE CF Arena, the Swedish Welterweight has won the Breakthrough Athlete of the Year around in his country.

“Borz” was elected by the Swedish Martial Arts Association last night, beating champions in Karate and Kickboxing. Chimaev has recently been widely recognized as arguably the biggest prospect in European MMA pound-for-pound.

His meteoric rise came at the expense of six adversaries, who have all been finished by Khamzat. The top prospect made his BRAVE CF debut in November of 2018, at 2-0, and beat Marko Kisic by first-round TKO.

He then went up to Middleweight on short notice for the first main event of his career. Fighting in India, he dismantled Sidney Wheeler at BRAVE CF 20 inside the first minute, setting himself up for an epic clash against fellow undefeated top prospect Ikram Aliskerov.

The result was an uppercut KO victory for “Borz”, one that sent shockwaves through the MMA community. Chimaev then took care of internet viral sensation Mzwandile Hlongwa, beating him by technical submission and setting up a clash of giants against BRAVE CF’s reigning, undisputed world champion Jarrah Al-Selawe.

The duo was scheduled to meet at BRAVE CF 37, in association with AK Fighting Championships, which would take place in Stockholm, on April 18th. However, the show has been postponed due to the Coronavirus pandemic, but both men have continued to build up the fight with trash talk on the internet. When it’s rescheduled, the bout promises to be the biggest of the year in Sweden.