Ahmed Amir details training with Conor McGregor ahead of Brave 11 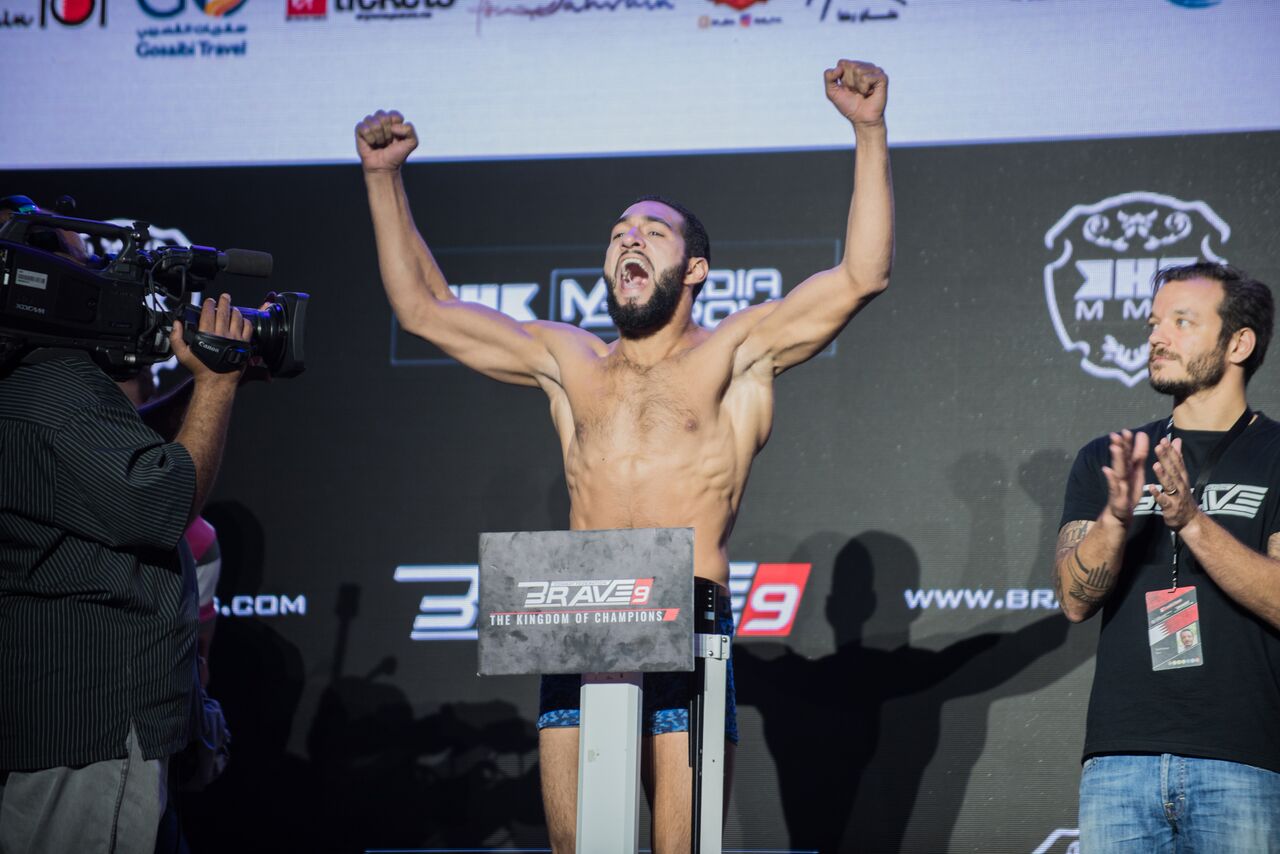 After his dominant performance at Brave 9, Ahmed Amir was invited by coach John Kavanagh to train at the world-famous SBG Ireland for his next Brave bout. A few days removed from his Brazil debut, against Cleiton “Predador” Silva at Brave 11, Amir spoke about the experience of training alongside some of the biggest names in the sport, such as Conor McGregor.

The Egyptian Lightweight admits he had a different idea when it came to the MMA superstar, but was blown away by his availability and hopes to come back to Ireland for other training camps.
“SBG Ireland was an awesome experience. The level of training is really high and the coaches are amazing. I feel like I changed levels with only one training camp there. I was surprised by Conor McGregor. I had an idea that maybe he would be a bit standoffish, but he was friendly, humble and willing to work with everyone. I got some training in with him and it was very good. Hopefully, I’ll be back soon”, says Amir.
“The Butcher” also had a few choice words for his opponents. During the build-up to Brave 11, Silva claimed he was aiming to take Amir’s head off. Remaining calm, the Egyptian said he was unfazed by the Brazilian’s trash talk and said he would show his true colors inside the Brave cage.
“I’m not much of a talker. I know my opponents like to taunt me, saying he’s taking my head off. This is not a duel, this is an MMA fight, a competition. For a fighter to be successful, he needs to have heart and skill. I have both and I don’t think my opponent has it in him. We’ll see it on Friday night”, argues Amir.
Brave 11 is set for Belo Horizonte, capital of Minas Gerais, and will mark the third promotional event in Brazil. Back in March of 2017, Brave 3: Battle in Brazil took place in Curitiba, with the city also hosting Brave 8: The Kingdom of Champions, the first time two Brave champions were crowned in the same night.
Brave 11 full fight card:
Lightweight: Luan “Miau” Santiago x Lucas “Mineiro” Martins – For the interim title
Light Heavyweight: Klidson de Abreu (c) x Matt Baker – For the title
Lightweight: Erivan Pereira x Gesias “JZ” Cavalcante
Flyweight: Bruno Malfacine x Rafael “Mini-Man” Pereira
Lightweight: Cleiton “Predador” Silva x Ahmed Amir
Bantamweight: Carlos Souza x Georges Bardawill
Middleweight: Michiel Opperman x Bruno Assis
Flyweight: Marcel Adur x Fernando Lourenço
Welterweight: Alessandro Gambulino x Rodrigo Cavalheiro
Strawweight: Elaine “Pantera” Leal x Luana Pinheiro
Featherweight: Arnold Quero x Caio Gregório