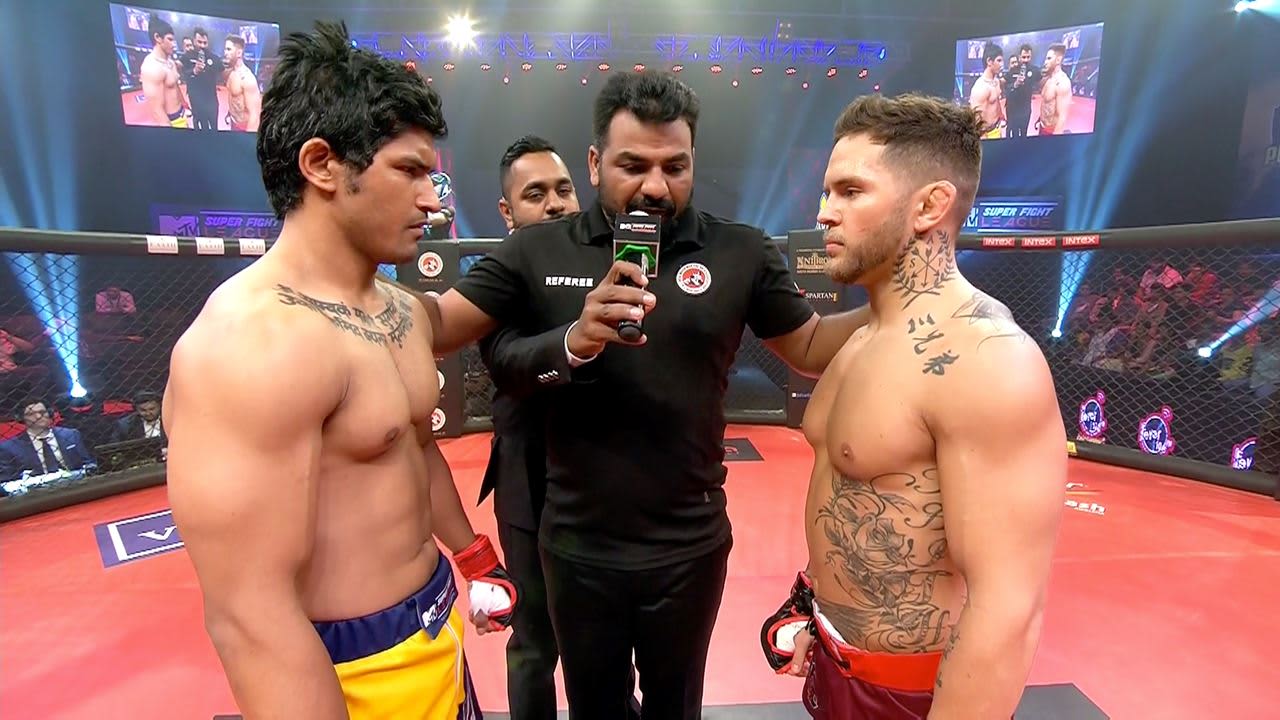 WWW.MMAINDIA.COM received an official statement from the commission All India Mixed Martial Arts Association regarding fighter Vince Murdock of team Alpha Male who fought in the second season of the MTV Super Fight League. Vince has publicly commented on issues he had regarding his fights in SFL and AIMMAA issued a statement when we contacted them for their comments. Below we have reproduced ad verbatim the statement as received. The MMA India Show also interviewed Vince Murdock about these issues and the interview link is attached below.

AIMMAA statement:
Bout #1 : held on Feb 16th, 2018 vs Krishan Rawat :
At the on-screen time clock of 2:27, Round 1 [ Reference the facebook live telecast ] Rawat lands a left hook [ a legal strike by Rawat] on Murdock which causes immediate bleeding and visible on-screen.
The Referee observes that since the cut does not impair Murdocks vision he allows the fight to continue without pausing the action throughout round # 1.
During the break after Round # 1 the Referee sees the excessive bleeding and asks the cageside doctor to step in and check the fighter. The on-screen footage shows the doctor informing the Referee that the wound / cut is very deep and needs immediate medical attention. The Referee asks the doctor if he should continue the fight. The doctor confirms that since the cut is very deep and needs immediate medical attention the referee must stop the fight.
The Referee calls an end to the bout and declares Rawat as the winner by TKO.
Bout #2 : held on March 3rd, 2018 vs Vikas Dahiya
At the on-screen time clock of 3:40, Round 2 [ Reference the facebook live telecast ] Dahiya throws a low kick to Murdocks inner thigh, the referee offers Murdock the benefit of the doubt and gives him 5 mns to recover[ considering this an accidental kick to the groin] while giving a caution to Dahiya to keep his low kicks away from the groin. Murdock chooses not to take the full 5 mns and continues to fight.
As soon as the bout is restarted Dahiya answers with another inside low kick after Murdock connects with a high kick of his own. The referee observes that Murdock’s response to the apparent inner leg kick is that he is in pain either due to a torn muscle/ligament or a blown knee as he buckles in pain and stops intelligently defending himself [ since the Referee does not deem that kick as a groin attack or foul ] , Dahiya chooses not to follow up and finish the fight , the Referee [ based on Murdock’s reaction and in the interest of safety of Murdock ] stops the bout and declares it as a TKO [ injury ] victory in favor of Dahiya.
Before the official announcement, Vince Murdock chooses to jump over the cage and leave the arena, This action of leaving the arena could further be declared as a disqualification to Murdock but we have decided to stay with the decision as announced in the cage.
AIMMAA has reviewed all footage available at this time concerning the above incidents and reconfirms all decisions as above. 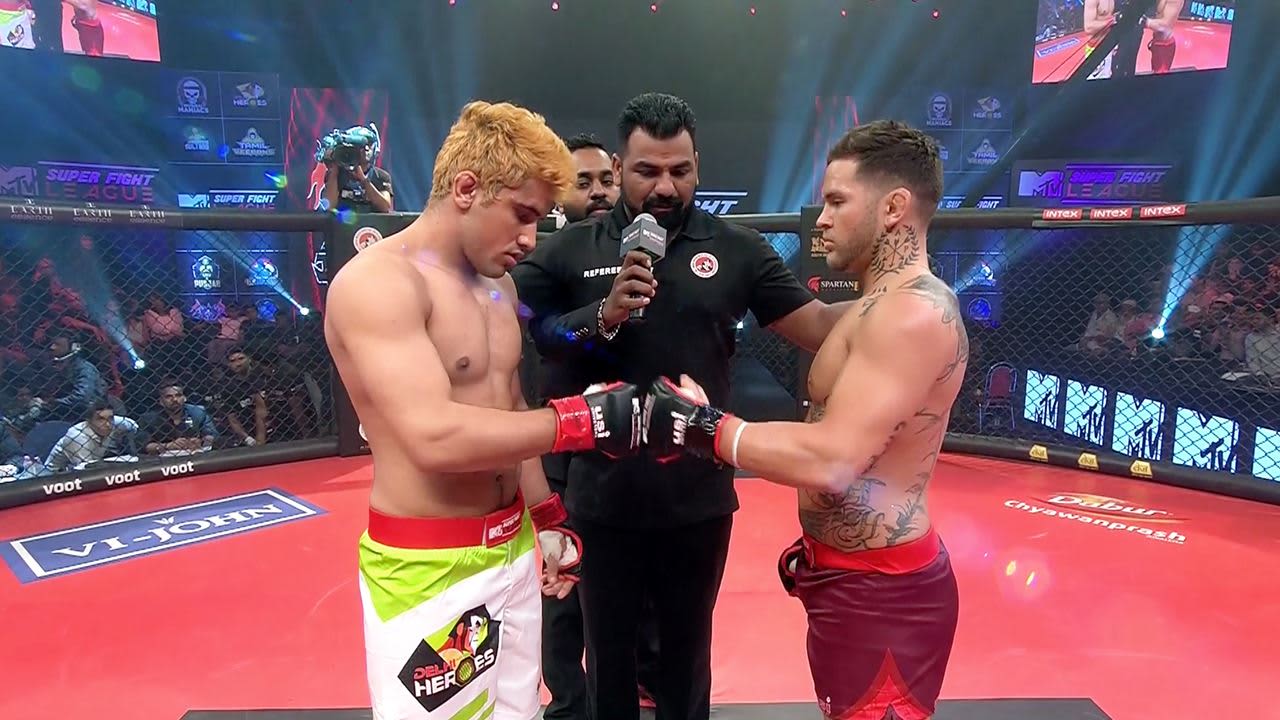