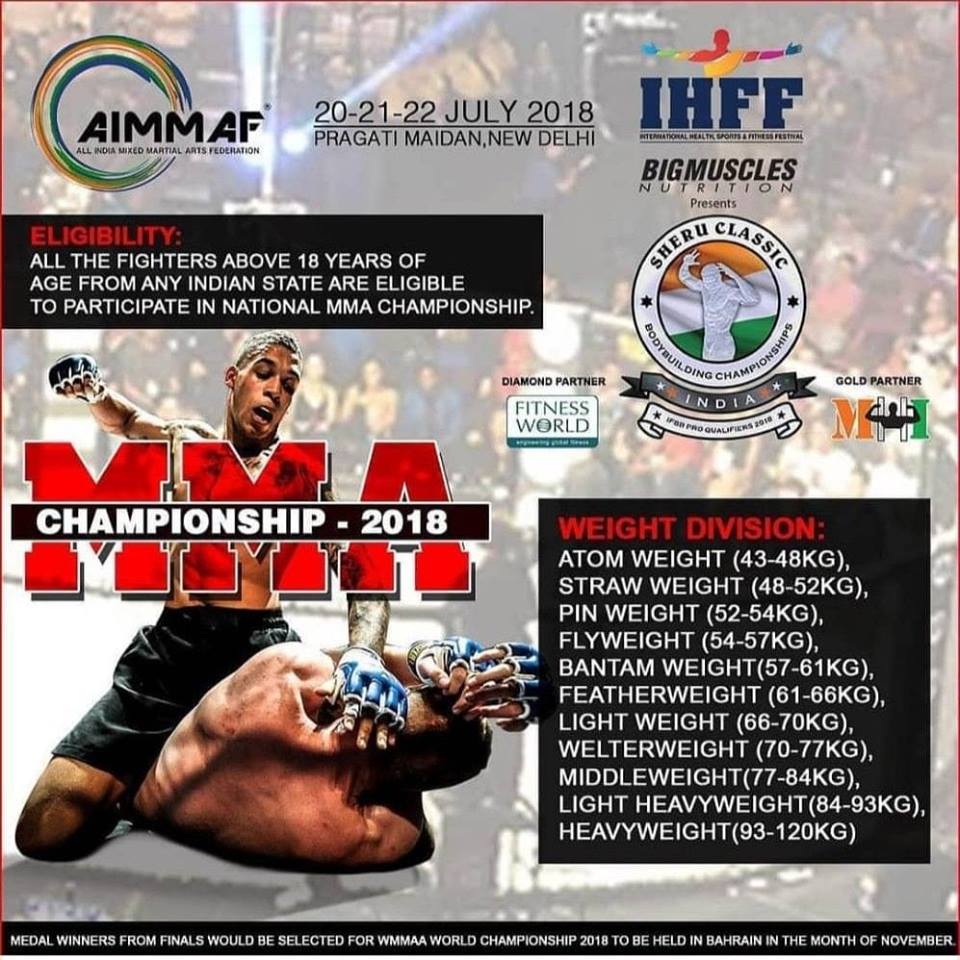 All India Mixed Martial Arts Federation will conduct the 2nd National MMA Championship at Pragati Maidan in New Delhi. This Mixed Martial Arts Championship is open to all Indian amateur fighters and is scheduled to take place at International Health and Fitness Festival’s Sheru Classic Fitness Expo on the 20th, 21st and 22nd of July.

Taking place over 3 days the first two days will feature qualifying rounds while the third day will feature the final rounds of the tournament. The tournament is open to both male and female athletes and will feature the following weight classes (Atom weight, Straw weight, Pin Weight, Flyweight,Bantamweight, Featherweight, Lightweight, Welterweight,Middleweight,Light Heavyweight and Heavyweight).

UFC: Stipe Miocic reacts to his loss to Daniel Cormier in a classy way

MMA: Dillon Danis channels his inner Conor McGregor, claims he will “own Bellator” after this weekend

BJJ: Institute of Jiu-Jitsu Bangalore shines yet again, this time at the BJJ Nationals in Delhi

Previous articleUFC: T.J. Dillashaw thinks second win over Cody Garbrandt solidifies him as the ‘best bantamweight ever’
Next articleUFC: Dan Hooker’s coach wants Anthony Pettis next for his fighter