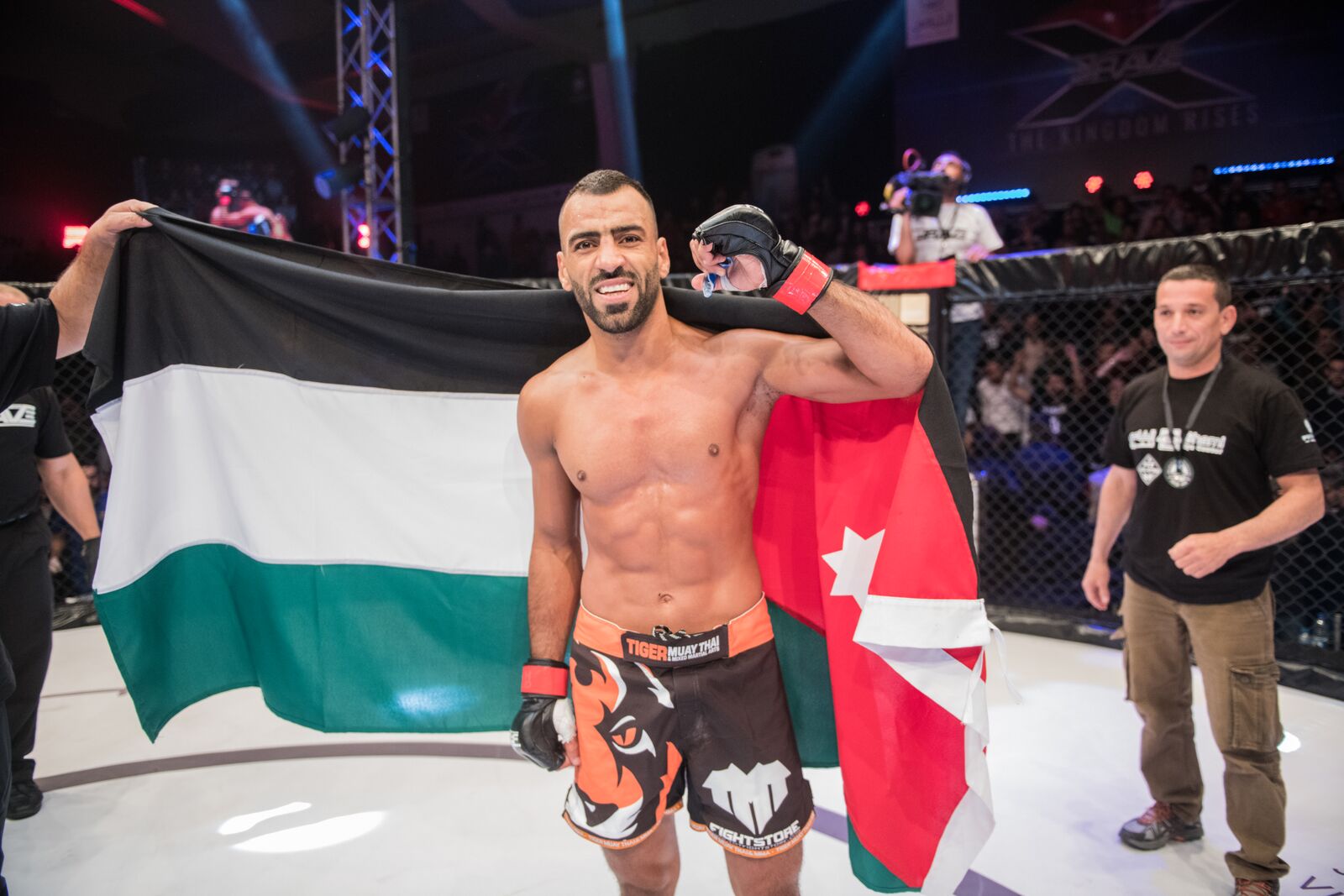 Brave Bantamweight title contender Jalal Al Daaja is looking for a title shot and feels that a win over Aidan James, on April 19th, in the Brave 23 card, will get him a date with divisional champion Stephen Loman. However, when he steps into the Brave arena, he will fight for much more than that.
A star member of an extensive community in Jordan, Al-Daaja is the inspiration for young people in the country and a role model on how to reinvent a career. After marking his Brave debut with a loss in a fight he was winning, Jalal has been able to put together a three-fight win streak, with victories over Jeremy Pacatiw, Crisanto Pitpitunge, and Khantaraj Shankar.
Al-Daaja’s rise to the top of Brave’s Bantamweight division is also a mirror of MMA’s growth in Jordan due to Brave Combat Federation. As he furthered his training and was able to spar with elite-level athletes that were groomed with the help of the promotion’s presence in the country, Al-Daaja became one of the division’s best fighters.

Before he can make a claim for the title, however, he will have to go through one of Brave’s most-prized prospects. Welshman Aidan James has two victories under the promotion, but impressed analysts and fans in both outings. The young fighter finished Tommy Martin with a third-round TKO back at Brave 13 and put former title contender Frans Mlambo to sleep with a rear-naked choke in the first frame of their Brave 17 bout.
Nothing that the experienced Al-Daaja hasn’t seen before. He has been in the role of the young up-and-comer and will look to use his experience and, most importantly, the pride and spirit of his community, to deal with James and guarantee a title shot after Brave 2