UFC 243 which takes place in Melbourne, Australia at the Marvel Stadium on October 5 has added a mouth-watering lightweight bout between Al Iaquinta and Kiwi Dan Hooker on the cards. 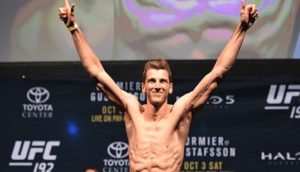 Ariel Helwani of ESPN was the first to report this news that both fighters have verbally agreed to the fight.

Al Iaquinta vs. Dan Hooker verbally agreed for UFC 243 on Oct. 5 in Melbourne, Australia, according to sources — https://t.co/3XjKwBc8il

Top Kiwi contender and #14 ranked UFC lightweight Dan Hooker is coming off of an impressive first-round knockout victory over James Vick at UFC on ESPN 4 event which took place in San Antonio, Texas. He has won five of his last six bouts with his only loss coming to Brazilian Edson Barboza.

It was Hooker who previously called out Al Iaquinta after beating Vick last month at UFC ON ESPN 4.

“I feel like (Al) Iaquinta’s the one that makes sense,” Hooker said. “That name definitely stands out to me. Yeah, Iaquinta, October 5th, meet me in Australia. Get him on a plane!”

Al Iaquinta (14-5-1 MMA) is coming off of a unanimous decision loss against Donald Cerrone at UFC Ottawa last May. He has won six of his last eight bouts.