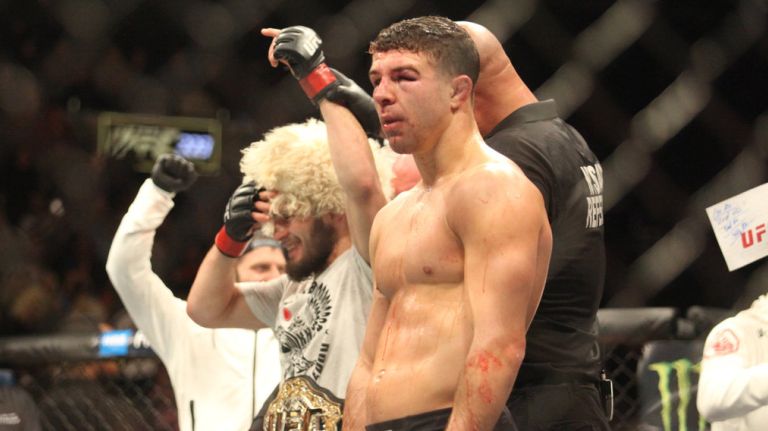 ‘Raging’ Al Iaquinta is about to go into battle with one of the most formidable and beloved fighters in the UFC. He will be facing ‘Cowboy’ Donald Cerrone at UFC Fight Night 151. The two needed a fight, and by chance, they were perfect for each other. However, it appears that Al Iaquinta wants to put Cerrone away.

Donald Cerrone has talked a lot about how he sees his opponents, calling them all equal in his eyes.

Al Iaquinta does not follow quite the same philosophy. He has been after a fight for some time now, while Cerrone’s possible fight with Conor McGregor did not work out. Now that the two are fighting each other, Iaquinta revealed that Cerrone has been on his radar for some time now. Knowing Cerrone as he does, he knows that he has some tough work ahead of him.

At the same time, he has a plan to make the fight quick and simple, as he knows that it is the ideal way to take on ‘Cowboy’.

“Ideally, I go in there and make it quick, make it easy and painless. May the 4th turns into Cinco de Mayo, and then who the hell knows what’ll happen.”