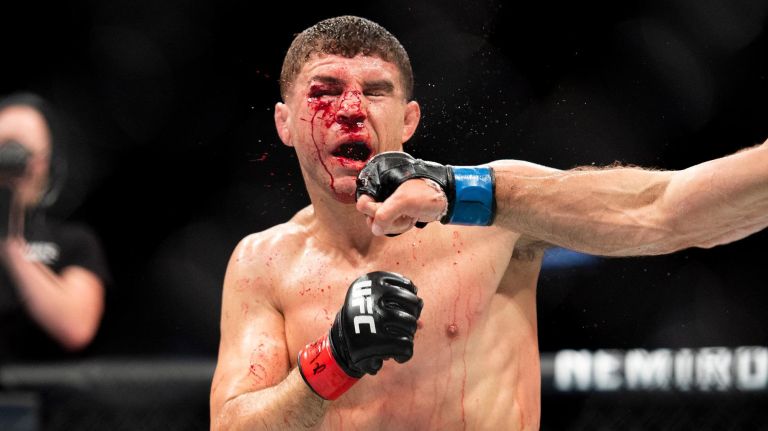 Hooker dominated in the fight right from the beginning with his leg kicks. His range was causing Iaquinta a lot of problems. With his recent loss, Iaquinta is now on a two-fight losing streak.

The leg kicks were so brutal that he was handed a six-months medical suspension by the Professional Boxing and Combat Sports Board of Victoria. Although that can be lifted after getting cleared by a physician. His coach Ray Longo said that Iaquinta will probably be back to training before his suspension expires. 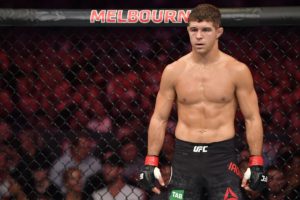 “His leg is fine,” Longo told MMA Fighting in a recent interview. “That’s number one. I guess there’s that nerve that runs down the leg, it definitely had a big impact on the fight. But it’s not like broke or anything like that. I guess it comes back in a day or two.

“The leg is fine, he’s mentally bummed out, it’s to be expected. He’s the type of guy that wants to just work hard and get back in the gym right away and get back on track.”

His last few loses have seen a significant pattern, he has lost to a tall striker. Previously he had lost to Donald Cerrone who himself is an outstanding striker.

“It looks like he’s having trouble with the taller guys, for sure,” Longo said. “Because Cerrone is a big ‘55er and this guy was tall, so that’s something we’ll have to address. That’s the first thing I’m gonna address as a coach. The height and we did have tall sparring partners, so I’ve got to really look at it.

“And with this fight, I think the first calf kick really had a big impact on him and then when he went for the takedown, he took some elbows to the head. After the first round, he was really fighting out of a pretty big deficit that some guys might not even have made it out of that first round, so he’s definitely tough. Tactically, it was good what Hooker did. But again, we gotta move on from it.”

Do you guys agree?