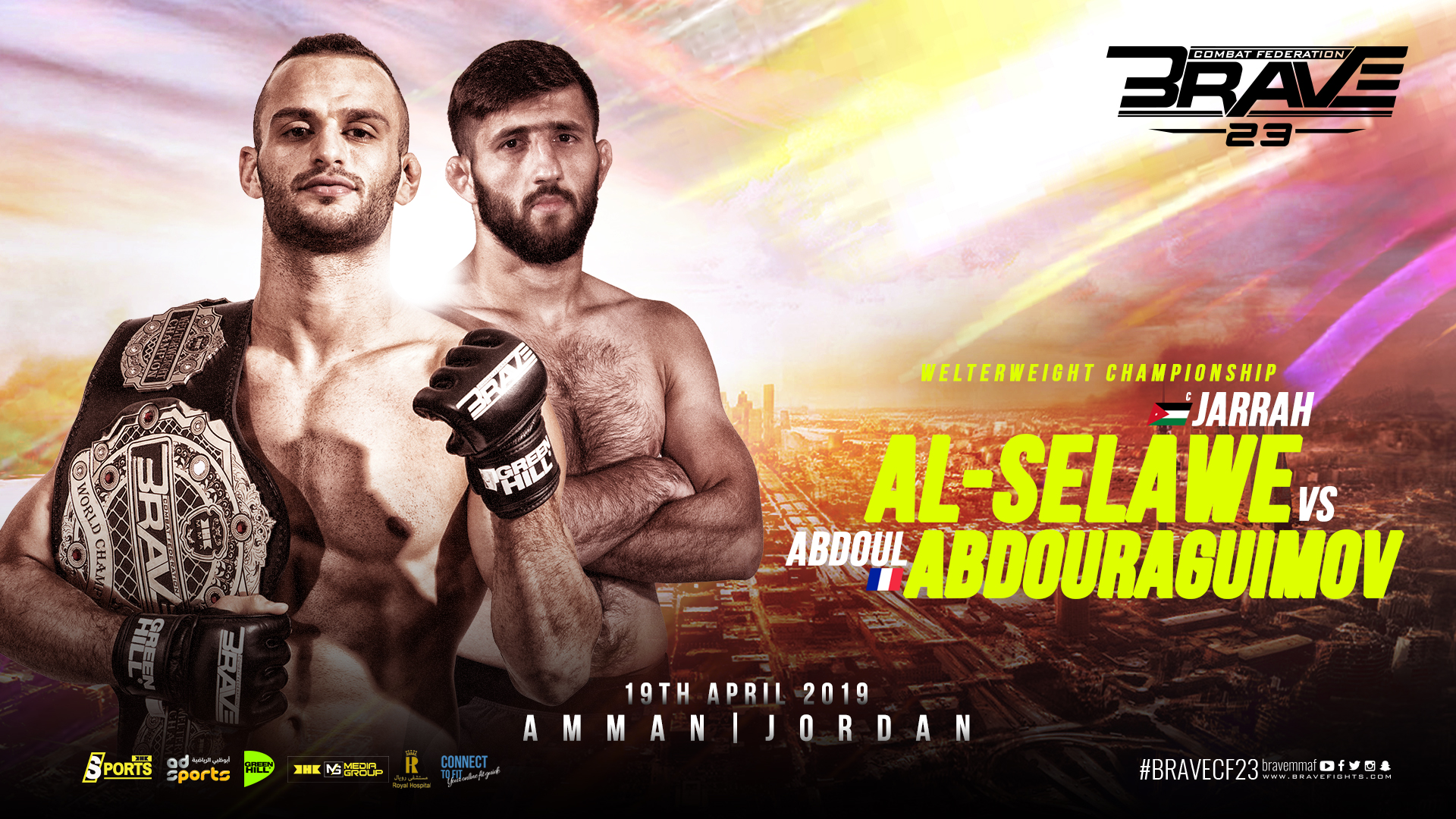 Another title fight has been added to the Brave 23 card. Welterweight champion Jarrah Al-Selawe will make the first defense of his belt against Russian sensation Abdoul Abdouraguimov, Brave officials have announced today. The fight will headline the promotion’s second show in Jordan, set for April 19th, in Amman.
Al-Selawe became the undisputed Welterweight champion with a first-round TKO of former titleholder Carlston Harris, in September of last year. It was the sixth promotional win for “The Jordanian Lion”.
The champ has a professional record of 13 wins and only two losses. He is currently riding an eight-win streak, including stellar performances against some of Brave’s top Welterweight contenders such as Carl Booth, David Bear, and Tahar Hadbi. He has yet to taste defeat inside the Brave cage.
His opponent, Abdoul Abdouraguimov, is also on a massive win streak. Undefeated as a professional, “The Conqueror” won all of his nine pro bouts and is ranked #1 in the Eastern European Welterweight ranking. A submission specialist, Abdouraguimov is also a multi-champion in the European grappling circuit.
Jarrah Al Selawe vs Abdoul Abdouraguimov is the second title bout confirmed for the upcoming Brave 23 card in April. Lightweight champion Abdul-Kareem Al-Selwady will also defend his title at home, against top contender Luan “Miau” Santiago, in the co-main event.
The fight night will mark the return of Brave Combat Federation to Amman, in the Hashemite Kingdom of Jordan, after 14 months. In March of 2018, Brave 10 was the promotion’s debut in the country with 10 bouts and thousands of fans in a sold-out arena.

Previous articleAljamain Sterling on Jimmie Rivera’s weakness: He’s always been kicked in the head!
Next articleNate Diaz Set To Corner Kron Gracie At UFC on ESPN 1