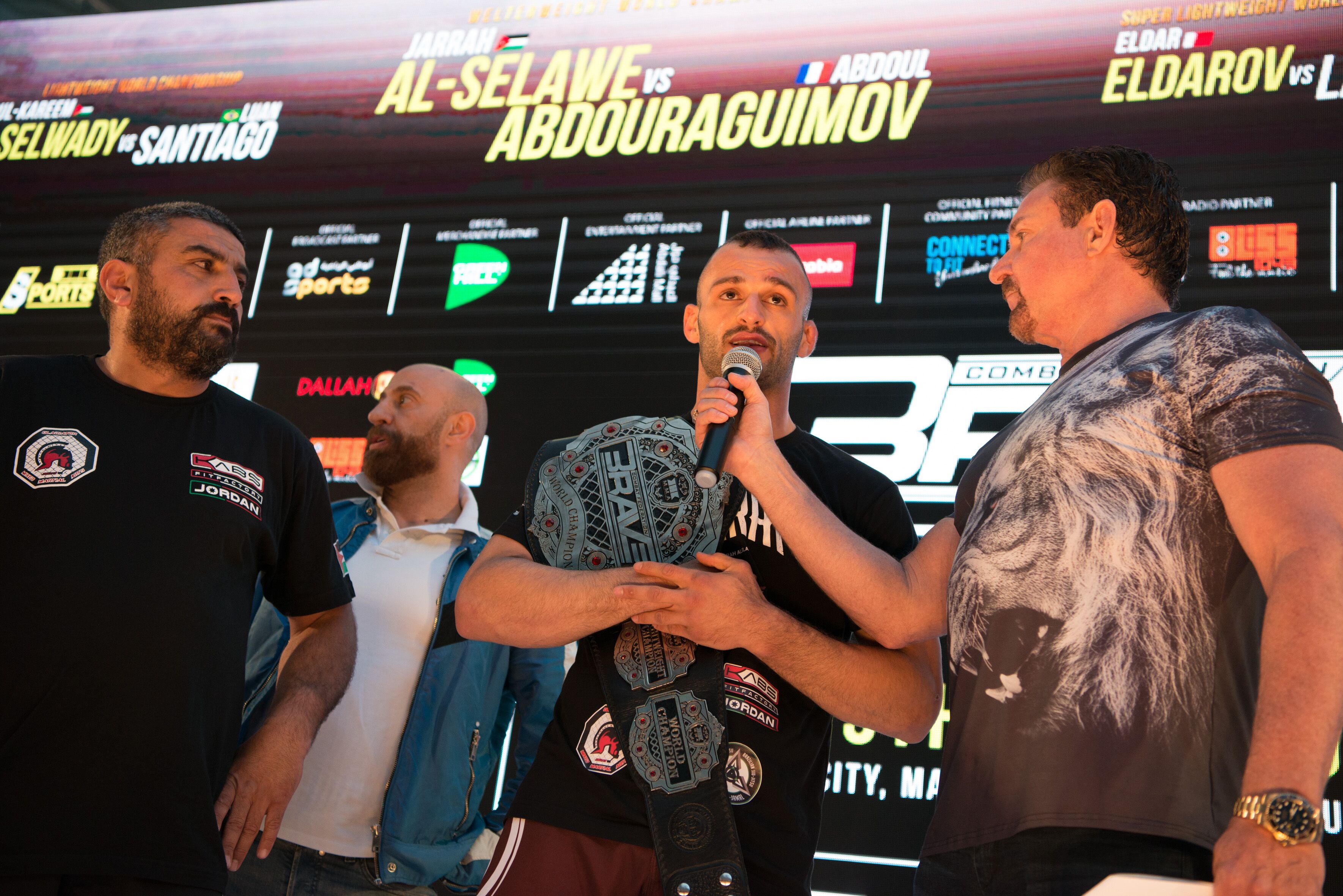 The Brave 23: Pride and Honor open workout was deemed a success as Jordanian fans made their way to the Abdali Mall to catch a glimpse of their fighting heroes, two days before the historic fight night. The star of the show was Jarrah Al-Selawe, who makes the first title defense of his Welterweight world title when he takes on undefeated challenger Abdoul Abdouraguimov in the main event of Brave 23, set for Amman, Jordan, this Friday (19).
The biggest star in Jordanian MMA history, Al-Selawe became the first world champion from the country with a dominant performance back at Brave 16 to snatch the title from then-champion Carlston Harris. And “The Jordanian Lion” received a true hero’s welcome on his return to action in his home country. 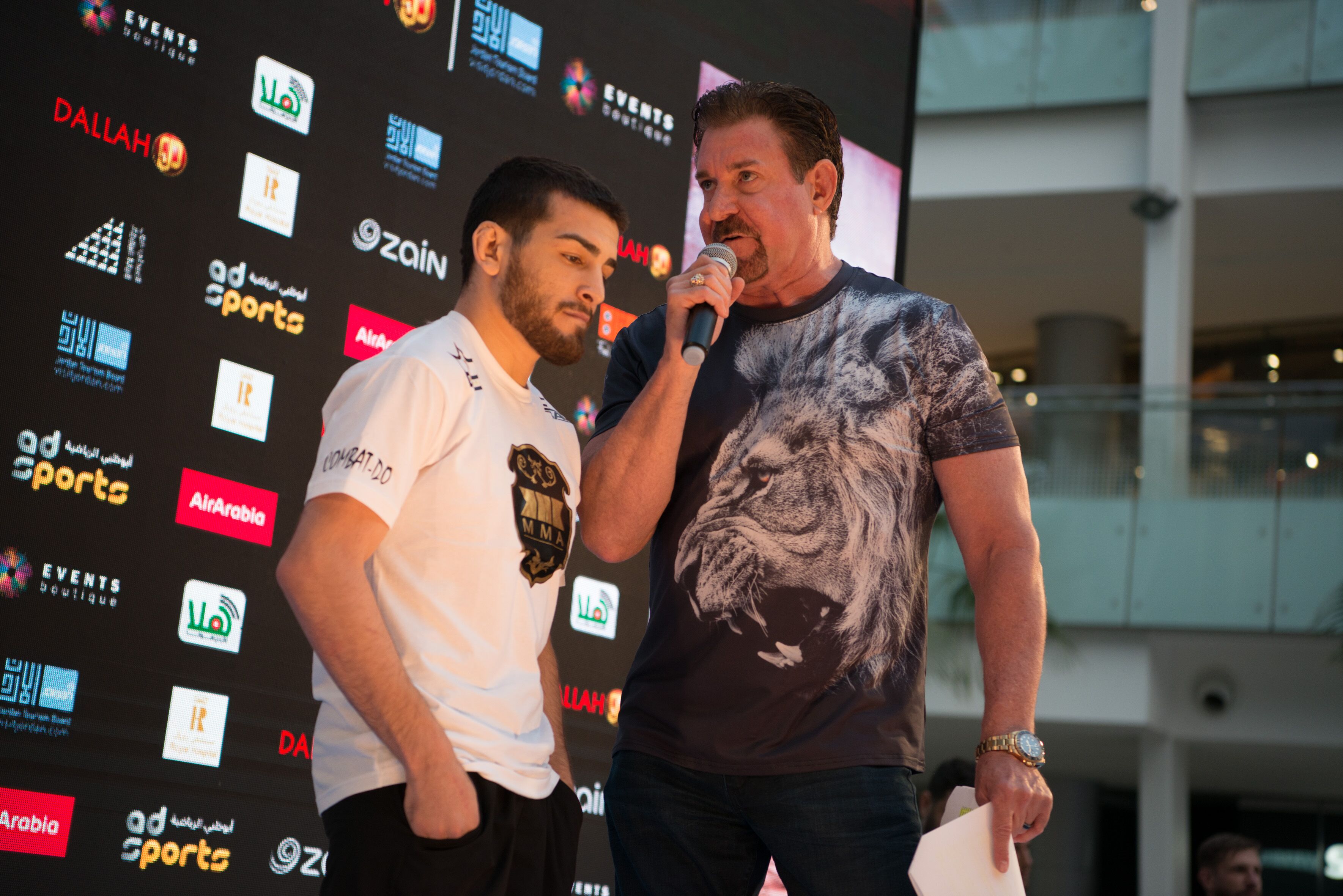 Al-Selawe seemed to be enjoying the spotlight as he made his way to the mats, putting on a hard workout for the fans, including hitting pads and grappling. He will come in for his main event spot against Abdouraguimov on the back of six straight wins under the Brave banner.
“The Conqueror”, meanwhile, chose to showcase his world-class grappling, starting off with a unique set of repetitions for warm-ups before drilling takedowns with his coaches. He elected a young fan to hit pads with him, at which point, the boos subsided and timid applause came from the pro-Jarrah crowd.
Also making an appearance at the open workout was Flyweight standout Jose Torres. He will be making his much-anticipated Brave Combat Federation debut on Friday night against Amir Albazi. “Shorty” shadow boxed for a few minutes and made sure to thank the Jordanian fans for coming to the pre-fight event.
Brave 23: Pride and Honor will be headlined by three title fights. Aside from the aforementioned Al-Selawe x Abdouraguimov Welterweight championship fight, Abdul-Kareem Al-Selwady will defend his Lightweight crown against Luan Santiago and Eldar Eldarov will meet Mounir Lazzez for the inaugural Super Lightweight world Brave title.
The promotion’s historic return to Jordan will be available live and free on Brave TV, where fans from around the world can watch the show by signing up to bravecftv.com
Brave TV will not be available to the USA, Middle East, North Africa, Philippines, and India. Fans from those regions will be able to watch the show through our partners at Fite TV (USA), Abu Dhabi TV (Middle East and North Africa), ESPN5 (Philippines), and MTV (India).