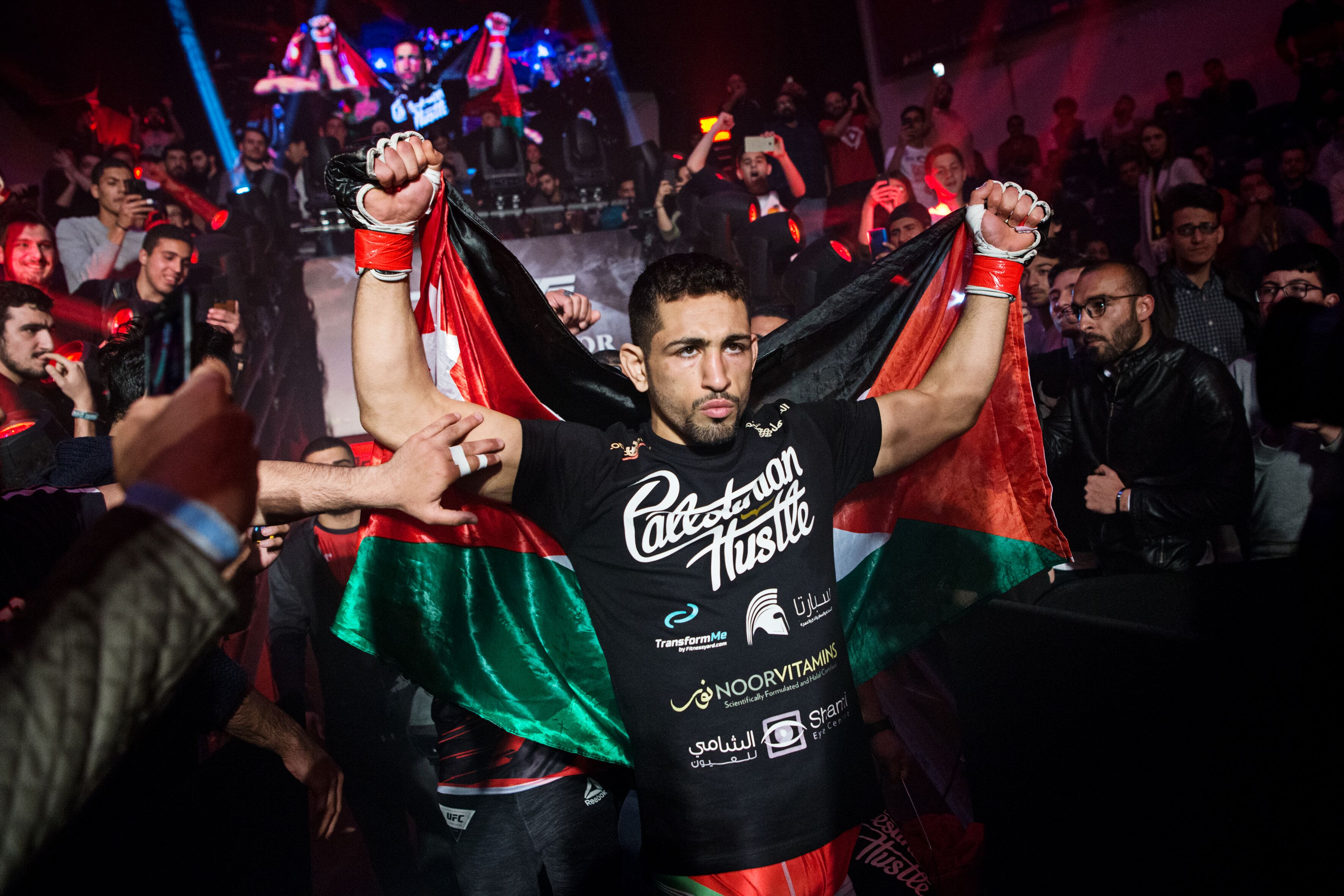 A former Lightweight world champion for BRAVE Combat Federation, Abdul-Kareem Al-Selwady is making a high-risk, high-reward move for his first fight after losing the title. “The Pride of Palestine” has decided to move down to Featherweight, and will take the first step towards a title shot on November 15th, when he meets Dumar Roa, at BRAVE CF 29, which takes place in Bahrain, during the BRAVE International Combat Week.
Al-Selwady is known for being one of the most disciplined fighters in the world and has taken his diet to slim down very seriously. His intentions are, of course, to eventually climb up to a meeting with reigning Featherweight king, Bubba Jenkins. Before that, however, he has to deal with a dangerous opponent in “Corazón de León”.

“I’m excited to go back to Bahrain, where I won my first world title, and I’ll be facing Colombian superstar Dumar Roa. Can’t wait to go back to Bahrain and put on a show for everyone”, says Abdul-Kareem after the announcement of his return.
While in Bahrain, he will cross paths, outside of the cage, with the man who dethroned him. Luan “Miau” Santiago has made the opposite move, as he too lost the Lightweight world title, and will come up in weight to fight Super Lightweight striker Gadzhimusa Gaziev.
Al-Selwady knows, however, his future lies at Featherweight. If he can make a statement against Roa, the Jordanian star will be a step closer of achieving yet another milestone in his young career by becoming the first fighter to win BRAVE CF world titles in two different weight divisions.
BRAVE CF 29 will be co-headlined by a Flyweight world title between Jose Torres and Marcel Adur, and the main event will be the final of the KHK World Championship, a one-night, four-men, open weight tournament that will take the world of MMA by storm.

Previous articlePVZ agrees to fight everyone in the 115 or 125 pound weight class – except Maycee Barber
Next articleAfter losing his father, Jose Torres decides to fight on for BRAVE CF world title