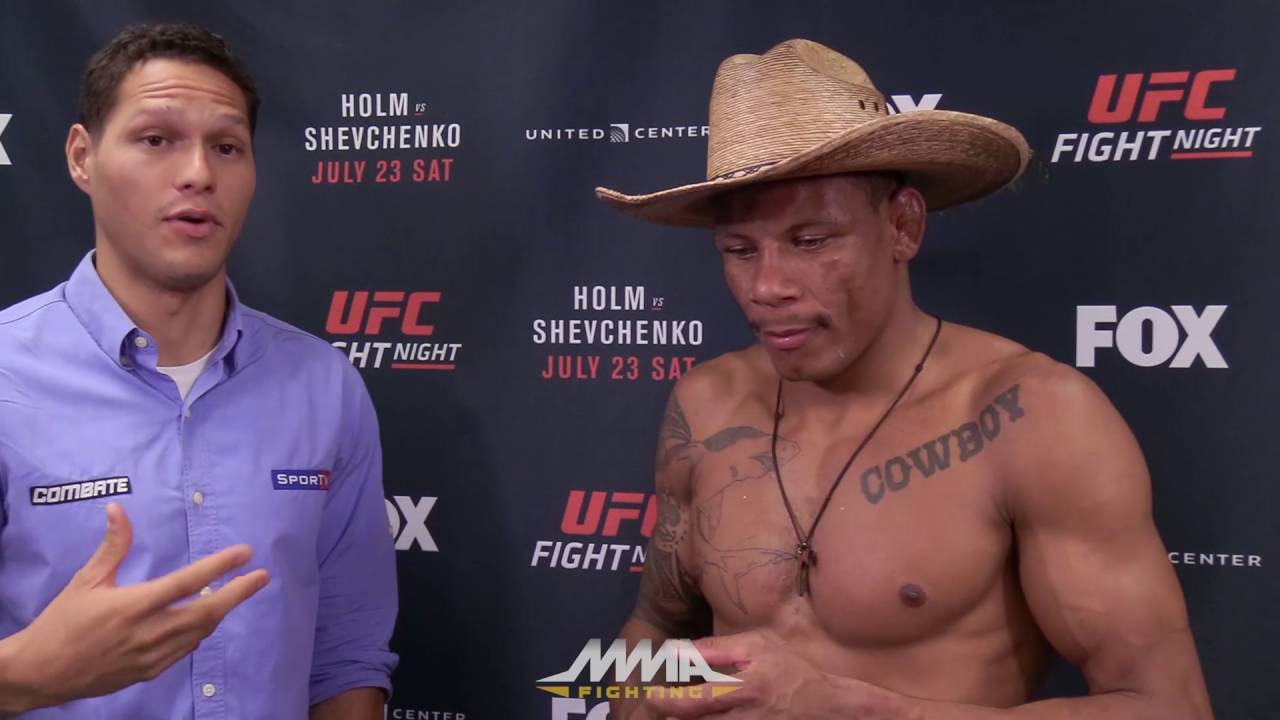 Alex Oliveira has only lost once in his last eight fights and has victory over former UFC interim champion Carlos Condit and initially, he was supposed to fight Neil Magny, but he was shifted to another matchup, but now Cowboy wants to fight top-ranked guys.

“I want to fight well-ranked guys,” Oliveira told reporters, through an interpreter at the UFC Fight Night 137 post-fight news conference. “I want to fight for the belt, and I just want the opportunity.”

“For those who know him, I’m a shark,” Oliveira said. “It’s something that I can’t say in public. You know what it is so let’s not talk about it.”