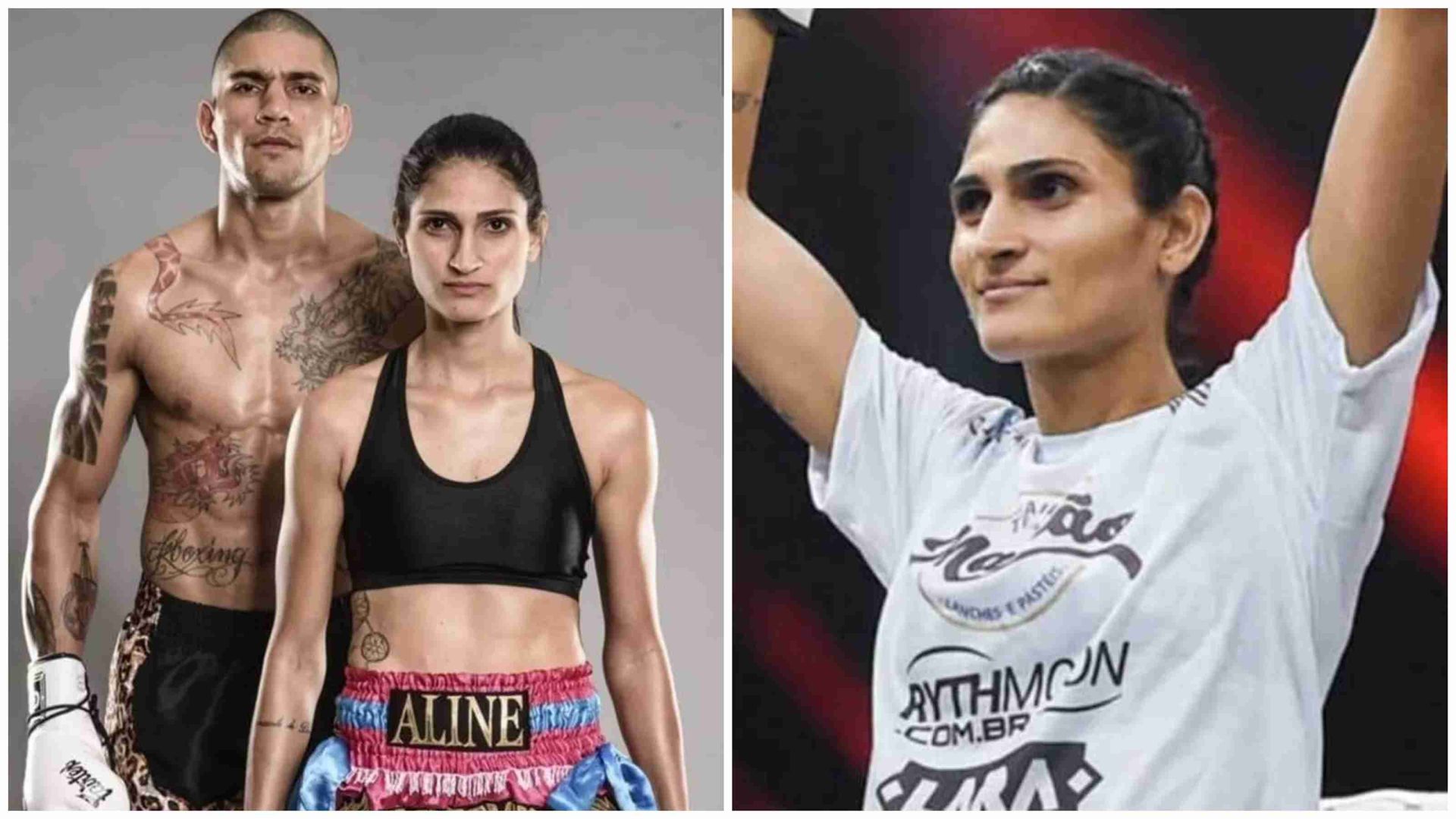 The month of November is turning out to be very special for the Pereira family. On one hand, Alex Pereira will fight for the UFC middleweight title against reigning champion and former kickboxing rival Israel Adesanya at UFC 281, and now his younger sister Aline Pereira will make her MMA debut after a career in kickboxing just like her brother.

Aline has just signed a multi fight deal with Legacy Fighting Alliance and will fight at LFA 147, six days after Pereira vs Adesanya, at the WinnaVegas Casino in Sloan, Iowa, and will face Dominican Helen Peralta in a flyweight bout.

“LFA is excited to announce that we have signed top women’s prospect Aline Pereira,” the promotion wrote on Instagram. “Aline Pereira signed with LFA two years after her brother. She will make her debut at LFA 147 just six days after her brother fights for the UFC middleweight title in the main event of UFC 281.”

“We’re together,” Alex wrote in the comments.

In kickboxing, where Alex Poatan was the reigning champion at GLORY, Aline debuted in 2017 and so far has racked up six wins and two losses. She had her last three fights precisely at GLORY, winning against big names such as Chommanee Sor Taehiran and Crystal Lawson but having lost the last fight to American Tiffany VanSoest, with the super bantamweight belt at stake.

Aline’s opponent, Helen Peralta, has a stronger record in MMA, with five wins and three losses. Seven out of these fights were at Invicta FC, in addition to participating in the reality show “The Ultimate Fighter 30”. In her last fight, just over a month ago, Peralta lost to Poliana Botelho.

Previous article
Sean O’Malley Eager For Crossover Fight With Ryan Garcia, Believes The UFC “Will Be Down” In A Few Years
Next article
A Detailed Guide How to Play Slots Online