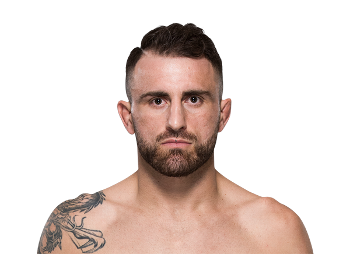 Alexander Volkanovski has had a sudden and meteoric rise to the upper echelons the UFC’s featherweight division. Two major victories over former UFC featherweight champion Jose Aldo and over MMA and UFC legend Chad Mendes have comfortably placed him at #1 in the official UFC featherweight rankings. However, everything could have gone terribly wrong for Volkanovski. In a recent interview, he revealed that he was close to losing his leg or perhaps even his life after his bout against Also at UFC 232. 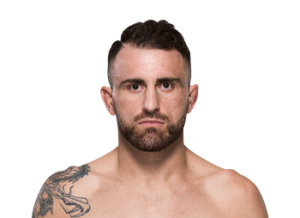 The Australian revealed that due to all the leg kicks he threw at Aldo’s body, he contracted some kind of a blood virus, an infection in his leg. The extent of this was so serious that he could even have lost his leg or perhaps even his life. Here’s what he told ESPN:

I guess it was too hard to tell because I was injured because of the trauma from the kicks, and that sort of threw me off, But once I went on the plane it went crazy and obviously I just started feeling really crook [sick]. Then I went on the next flight and that’s when it really hit me; I had 40+ degree temperatures, it was nasty stuff. I was delirious by then and didn’t really know what was going on, but I was like ‘get me a doctor, I need a doctor’. So they did that and, yeah, it was pretty serious, the antibiotics didn’t work straight away; we were really worried about it hitting my tendons and bones because it was very close, once it does that you can have problems.

So we were pretty lucky the plane stopped in Chile rather than if I’d got on the next flight. Within a couple of hours I would have had to tell them we’ve got to turn this flight around, and by then the damage would have been done and I could have lost the leg, lose your life. That stuff’s very, very serious, but it didn’t get to that stage. We got it just at the right time; we left it too long where it rocked me so much, but we got in just in time for it not to do serious damage.