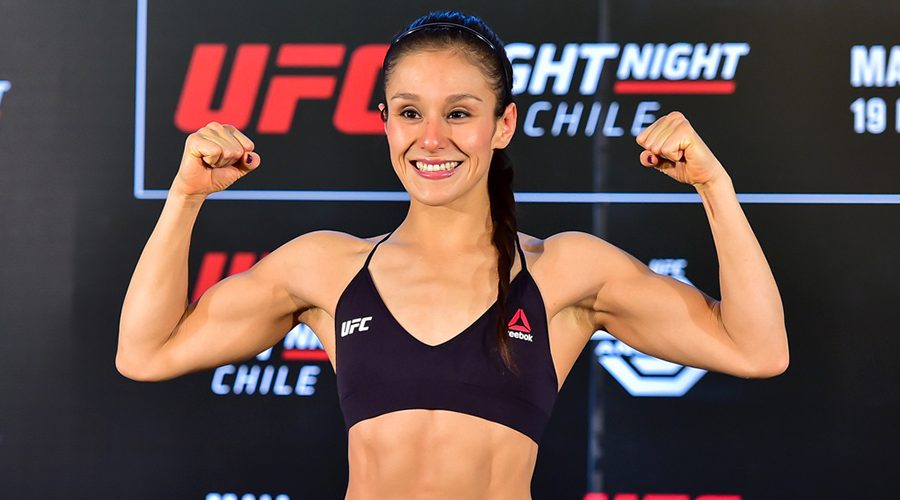 UFC president Dana White has said he thinks rising flyweight Alexa Grasso could be the “Ronda Rousey of Mexico.” 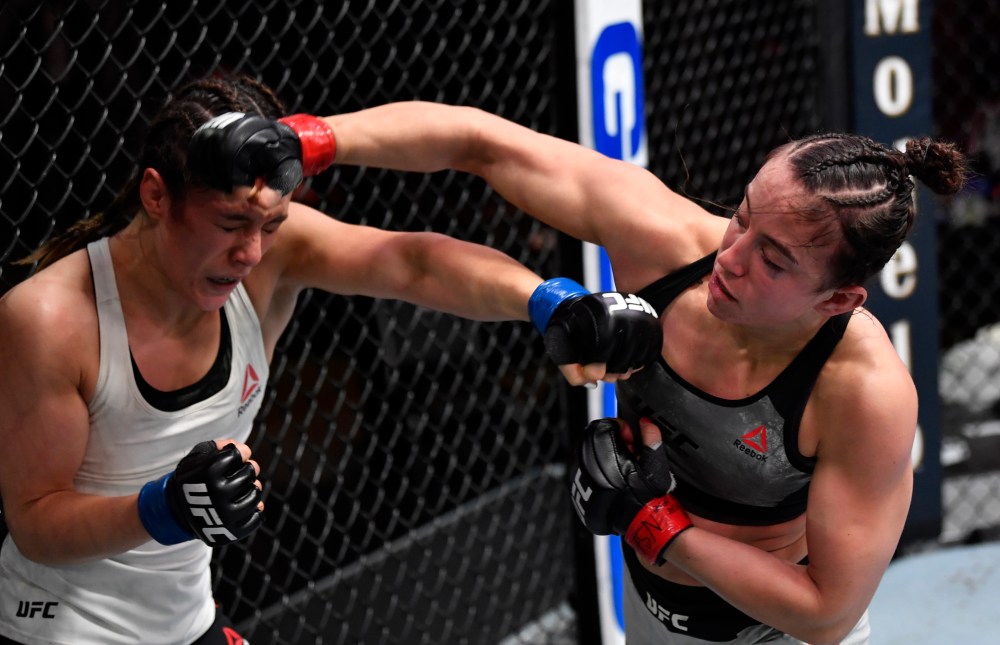 Grasso had a phenomenal performance at UFC 258 this past Saturday as she was able to secure a unanimous decision victory over Maycee Barber in the co-main event. With the win, Grasso improves to 5-3 overall in the UFC, including a perfect 2-0 mark since moving up to flyweight. After struggling to go on a winning streak while fighting at 115lbs, it appears the young Mexican fighter has figured out that her proper weight class is at 125lbs. If she looks as good as she did against Barber, the 27-year-old Grasso could make a run for the flyweight belt.

Alexa had a solid approach at UFC 258, because after an up-and-down start to her UFC career, Grasso has finally settled into a groove, and it paid off Saturday night in the biggest victory of her career. Grasso dominated the first two rounds against the much-hyped Maycee Barber and held her opponent off in the third to seal a unanimous decision victory in the co-main event at the UFC Apex. The judges’ scores were 29-28 across the board.

Speaking to reporters following UFC 258, White credited Alexa Grasso for her excellent performance against Barber. The UFC bossman admitted that the promotion had high hopes and expectations for her when she entered the UFC five years ago. Though she struggled as a young fighter, she appears to be making some serious strides in her game and White offered nothing but praise for Alexa. 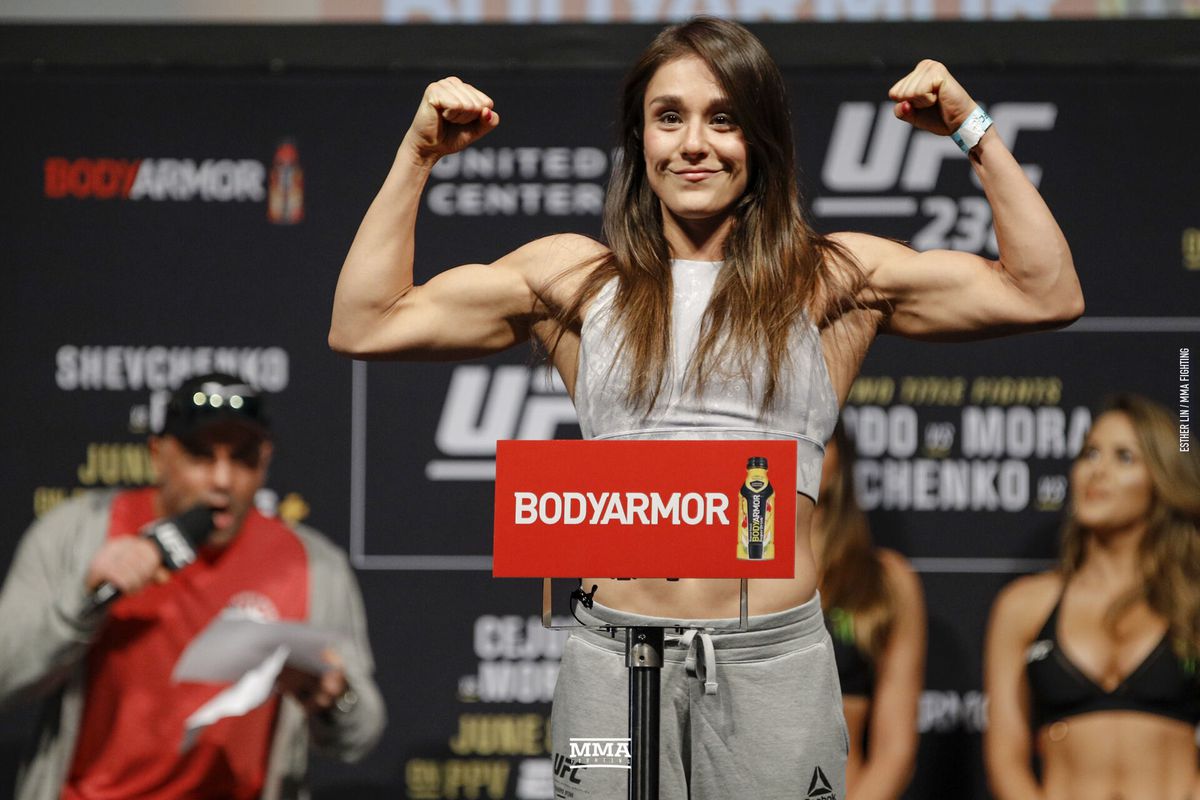 “Grasso is a girl we were looking at a long time ago. We thought she was going to be the Ronda Rousey of Mexico, you know what I mean? She had a couple of speedbumps in her career but boy she’s on point now. Her punching is crisp and clean, and the distance that she kept, she couldn’t look any more perfect tonight going against an absolute savage,” White said.

“She looked incredible tonight. Listen, Maycee Barber is a gangster. This woman believes she’s going to be the champ before (she turns 23). She comes back from her injury and she’s ready to go (and Grasso beat her).”

Alexa reacts to the comments from Dana White 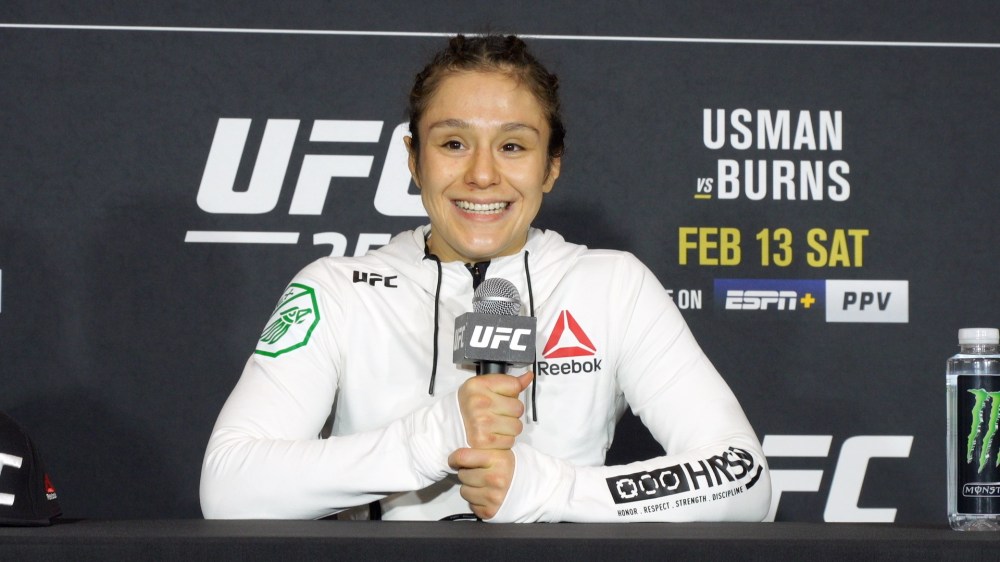 “Of course I want to be that in Mexico, but you have to be intelligent and not take the hype and the media and all the volume,” Alexa Grasso told reporters, at the UFC 258 post-fight news conference. “The attention gets more important than your training. I love to be hearing that, but I just want to focus and train and be better and better and better.”

“I feel amazing, I feel strong, I feel fast. I think I showed my ground game is getting better every time.”