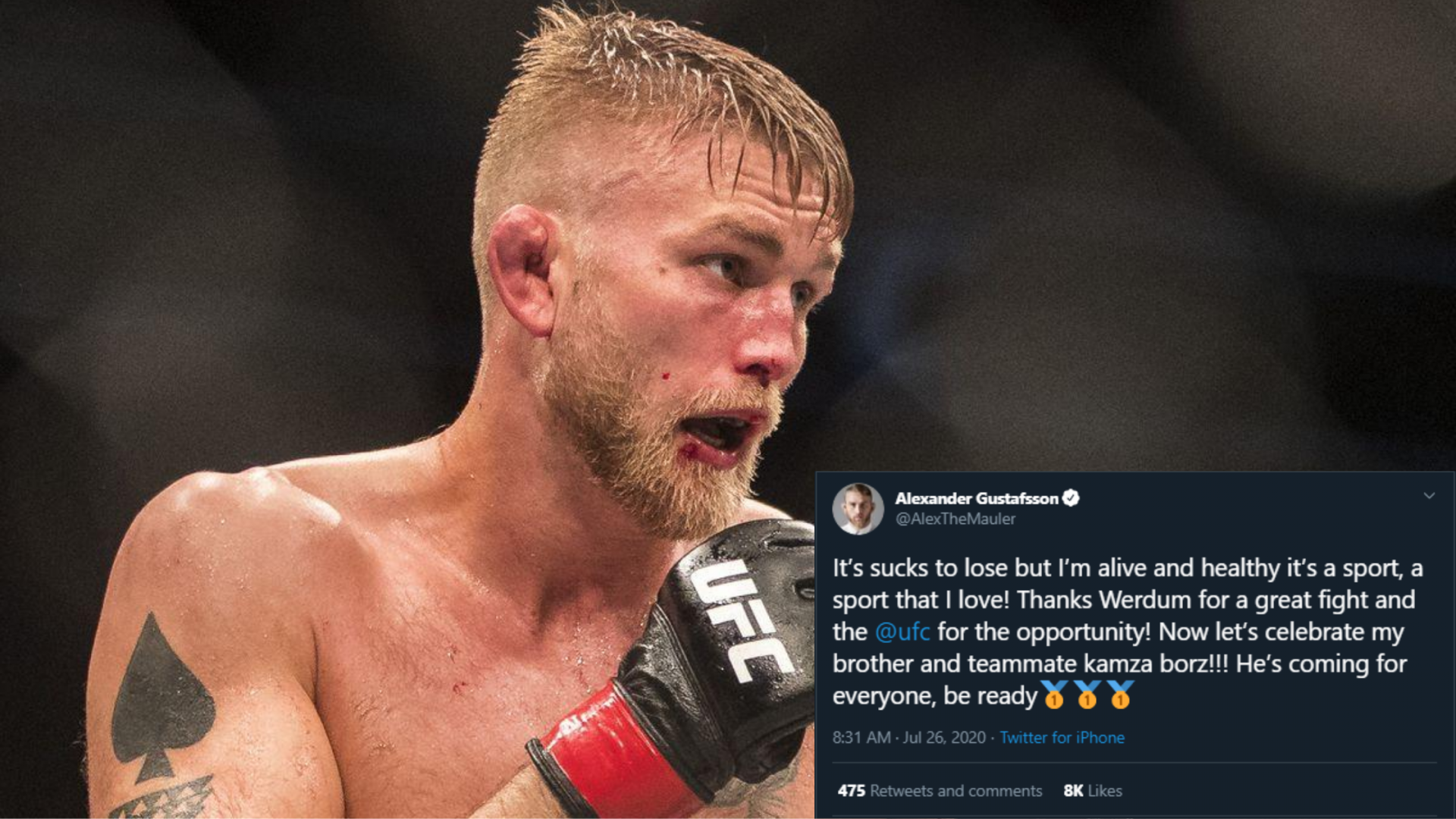 After his loss against Anthony Smith last year, the multiple time light heavyweight title challenger Alexander Gustafsson fell the itch to make a comeback. The UFC Fight night 3 in fight island was an interesting card, with two important fights in the Middleweight and Heavyweight division, and a co-main event between two experienced light heavyweights. 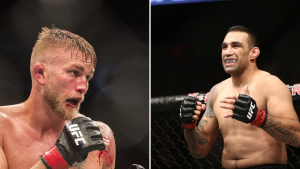 Gustafsson made his debut in the heavyweight division against Fabricio Werdum, who is coming also coming off a loss against Aleksei Oleinik. Alexander looked sharp at the start of the first round as he tried to close the distance, but Werdum got the better off him after he caught Alexander in an armbar and won by submission.

After a first-round loss in his much anticipated heavyweight debut, Alexander was disappointed. Although upset, he took to Twitter to show gratitude for his position and refused to let the loss keep him down.

It’s sucks to lose but I’m alive and healthy it’s a sport, a sport that I love! Thanks Werdum for a great fight and the @ufc for the opportunity! Now let’s celebrate my brother and teammate kamza borz!!! He’s coming for everyone, be ready🥇🥇🥇

“It sucks to lose but I’m alive and healthy it’s a sport, a sport that I love! Thanks Werdum for a great fight and the UFC for the opportunity! Now let’s celebrate my brother and teammate kamza borz!!! He’s coming for everyone, be ready.”, he said.

It’s great to see Alexander take the loss in a classy fashion, and we expect nothing less from an athlete of his rank. Some critics say that Alexander does not have the same fire and conviction that he had earlier in his career, and have asked him to stay retired. While some others have lauded his will to come back and fight, and ask him to stay strong.

What’s next for Alexander Gustafsson?

Alexander Gustafsson has been at the top of the Light Heavyweight division and has fought elite fighters in the past few years. After achieving stunning victories against Glover Teixeira and Jan Blachowicz, and having fought with Jon Jones and DC, Alexander bid adios to the world of MMA last year. His comeback debut fight in the heavyweight division did not go well for him tonight, but if that will stop him from pursuing other heavyweight bouts is unknown. Tom Aspinall looked great in his heavyweight fight against Jake Collier, and as per Darren Till he definitely has the potential to be the next champ.

Do you think Alexander Gustafsson should continue fighting, and if yes, who should he go up against next?

Previous articleUFC Fight Night: Whittaker vs Till: Main Card results, play by play, highlights
Next articlePaulo Costa claims ‘ugly’ Robert Whittaker vs Darren Till fight should not have been main event