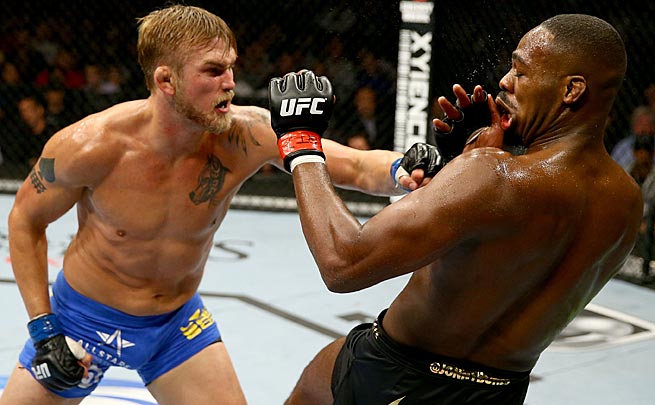 After Jon Jones failed yet another drug test following his victory at UFC 214 this past summer, “Bones” was stripped of his Light Heavyweight title, which was subsequently returned to Daniel Cormier.
Still, there are those who feel Jones is the “real” Ultimate Fighting Championship (UFC) 205-pound king, including Alexander Gustafsson

“He has the belt, and I want to fight Cormier again for sure. I want the belt. But the real champion is Jon Jones, of course, because he has been destroying everybody in the division,” said “The Mauler”. “Everything that he’s done, nobody has done it before. So to me he is the real champion, but I do accept ‘DC’ a champion, too. He is a good guy, good fighter and the only guy he lost to is Jon Jones. He is the real deal and champion material.”

“Look, what he did to ‘DC.’ He’s a beast and nobody has done what he’s done. He’s just getting caught over and over again. It must be something wrong there. You just don’t do that if you … he’s just making wrong decision all the time and I feel sorry for him, basically.”