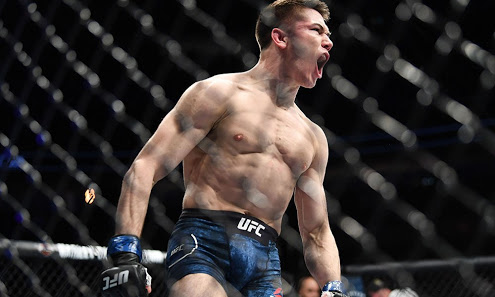 Former two-time lightweight title challenger Donald ‘Cowboy’ Cerrone will make his return to the lightweight division at UFC on ESPN +1 on January 19 after moving up to welterweight in 2016 where he gathered a record of 5-4. Cowboy’s first assignment however in #11 ranked Alexander ‘The Great’ Hernandez (10-1 MMA, 2-0 UFC) is no joke.

Hernandez made his debut on short notice at UFC 222 taking on a top 10 opponent Benel Dariush on just two weeks notice. Needless to say Hernandez was a huge underdog going into the fight however in his own words Hernandez ‘spilled the beans’ as he made quick work of Dariush via first round KO. Hernandez then took on another ranked veteran in Olivier Aubin-Mercier in Calgary in July. Hernandez reigned supreme this time around as well via unanimous decision. 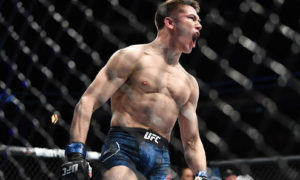 Speaking with MMAjunkie Radio, Hernandez feels elated to get the opportunity. Hernandez believes the step up in competition won’t affect him as he promises to ‘merk’ Cowboy.

“There’s just forces on my side that are bigger than me,” Hernandez said. “I keep saying that sh-t. I’m just a vessel filling in, but I couldn’t be more excited to put an emphatic stamp on ESPN for the UFC and MMA and just completely merking Cerrone. Dude, this is f—king huge.”

Hernandez would look to spoil Cowboy’s welcome party on January 19.

“The UFC is laying down Persian silk linen and spreading its legs for me right now. They are letting loose all the pheromones, and I am in it. I’m definitely taking full advantage of that.”

Previous articleWatch: How Cris Cyborg handles her loss to Amanda Nunes with the class and dignity of a Champion
Next articleUFC: Anthony Pettis teases welterweight showdown against Stephen Wonderboy Thompson