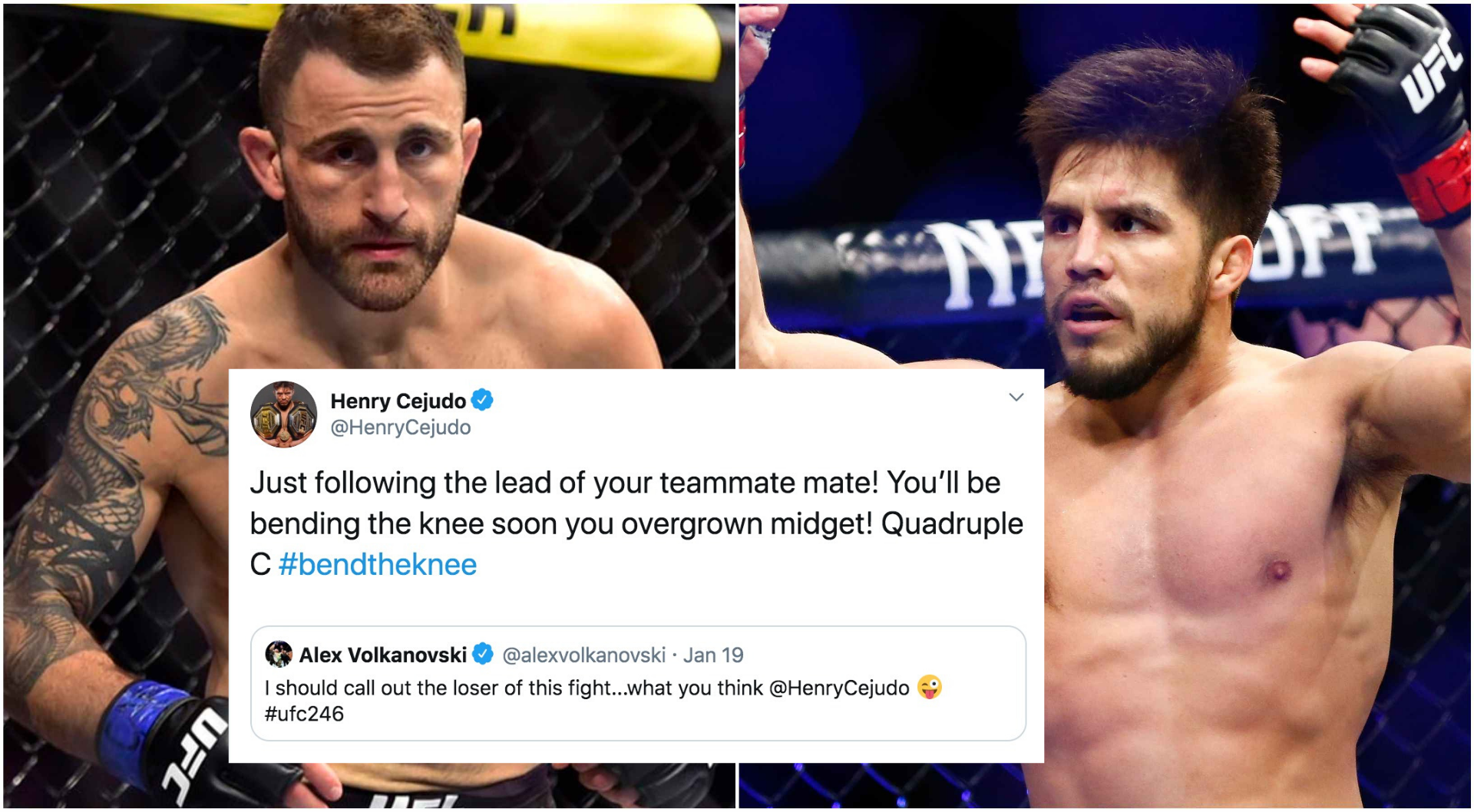 It all started during the prelims fight card between Sodiq Yussuf and Andre Fili. In this fight, Yusuff defeated Fili via a 29-28 unanimous decision victory. Volkanovski sent out a tweet, where he jokingly said that he should call out the lost of this fight and tagged Cejudo. 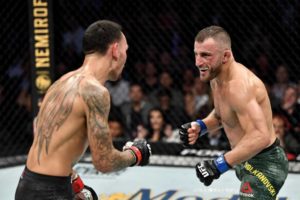 This was a dig at Henry Cejudo, who has expressed interest in fighting former UFC featherweight champion Jose Aldo. The legendary Brazilian is coming off of a unanimous decision loss to Marlon Moraes at UFC 245.

“I should call out the loser of this fight…what you think @HenryCejudo #ufc246” Volkanovski tweeted.

However, it didn’t take long for Cejudo to respond and called him an overgrown midget.

Henry Cejudo, on the other hand, hasn’t competed since his win over Marlon Moraes at UFC 238, where he became the UFC bantamweight champion. Since his win, he is adamant about fighting Jose Aldo at UFC 250 in Sao Paulo.

UFC president Dana White has confirmed that the fight between Cejudo and Aldo is in works for UFC 250. Brett Okamoto of ESPN confirmed the news on Friday.

Dana White just conformed to me a report from @combate they are working on setting up a 135-pound title fight between Henry Cejudo and Jose Aldo in May in Brazil.

“Dana White just conformed to me a report from @combate they are working on setting up a 135-pound title fight between Henry Cejudo and Jose Aldo in May in Brazil,” Okamoto tweeted.

What do you guys think about the matchup between Jose Aldo vs Henry Cejudo?