UFC: Alexander Volkanovski on why he’s such a bad match up to Max Holloway 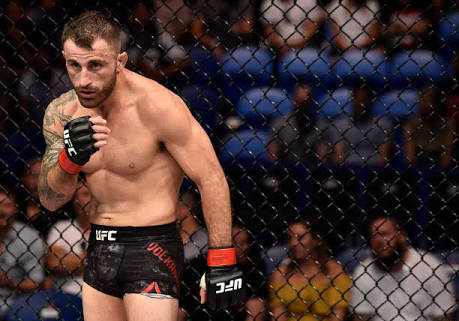 Kiwi standout Alexander Volkanovski and multiple time title challenger Chad ‘Money’ Mended jerked the curtains for the stacked UFC 232 main card. The duo put on an exciting fight of the night performance, however one great had to fall for the rise of an another ‘Great’ as Volkanovski knocked out Mendes in the second round to extend his win streak to 16. 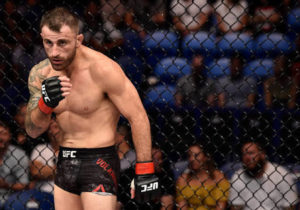 Undefeated in the UFC (6-0), Volkanovski wasted no time in calling out the division’s champion Max ‘Blessed’ Holloway. With due respect, Volkanovski claimed himself to be Holloway’s ‘worst nightmare’. Speaking with Luke Thomas in an interview, the newly crowned #4 ranked Volkanovski, elaborated the issue in detail. (via Twitter):

Volkanovski further added that Holloway hasn’t faced a high quality wrestler even though he has ‘cleaned’ the division. Volkanovski truly believes his wrestling can cause the champ some problems.

Previous articleDana White talks up possibility of Khabib – Conor rematch in 2019
Next articleUFC: Volkan Oezdemir vs Dominick Reyes in the pipeline for UFC on ESPN+ 5 in London