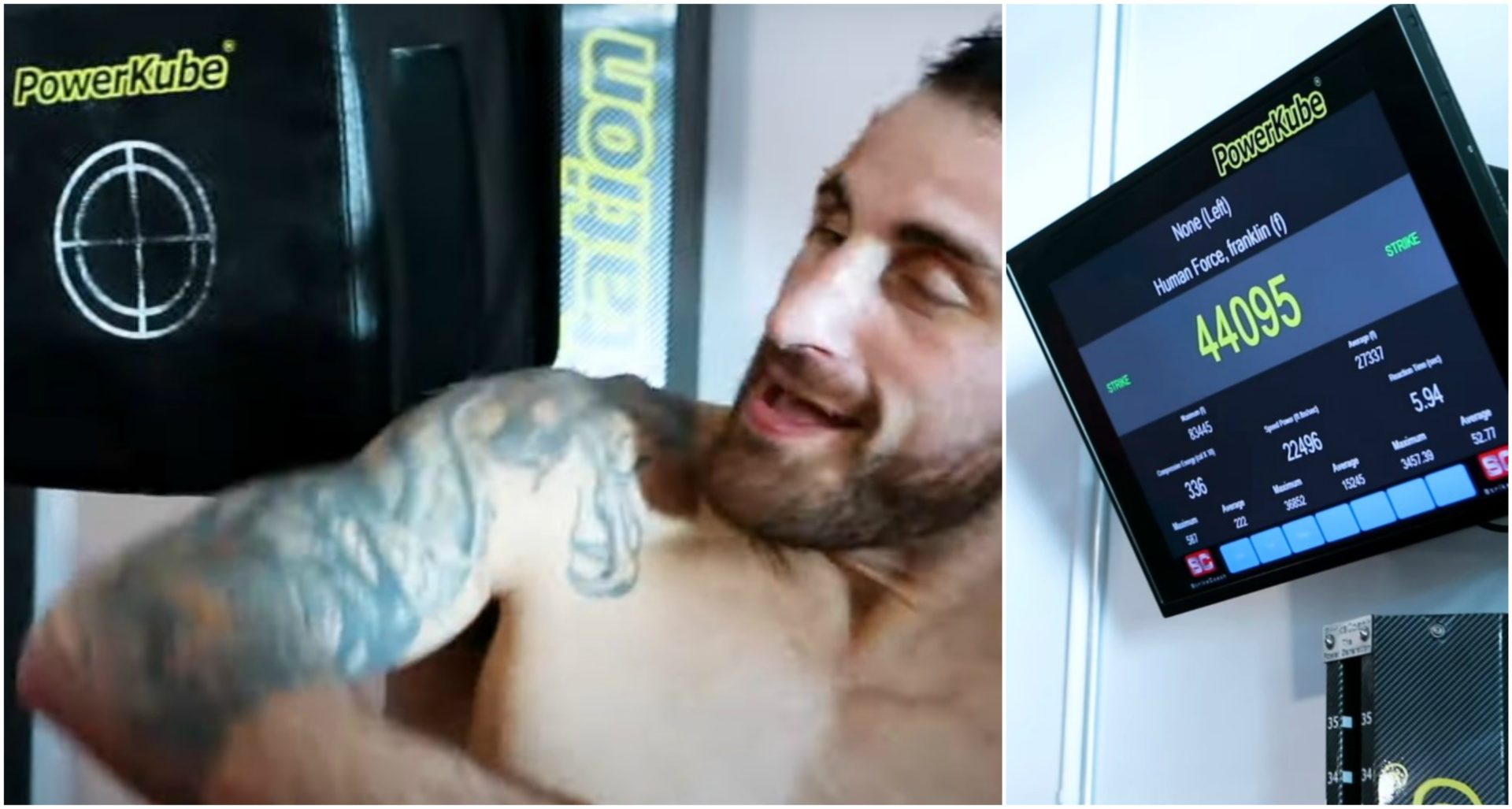 If the Coronavirus pandemic hadn’t engulfed the entire world, UFC featherweight champion Alexander Volkanovski would have been defending his title against Max Holloway at UFC 250 tomorrow.

The fight would have taken place in Melbourne, Australia. But with the global pandemic wreaking havoc around the world, UFC is hosting UFC 250 at its Apex Facility in Las Vegas without any crowd. The fight card is being headlined by women’s featherweight champion Amanda Nunes and Felicia Spencer. 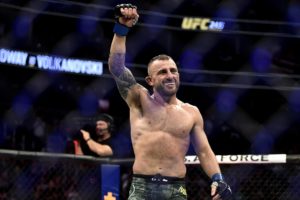 While Volkanovski can’t fight at UFC 250, he is still keeping himself in shape and training alongside his teammate Brad Riddell.

Both fighters were checking out their power on the UFC punching machine. Brad Riddell recorded 55940 on the scale while hitting it with a left hook. Alexander Volkanovski didn’t attempt a left hook, instead, he went for a spinning elbow and scored 22138 on the scale. He, however, improved his score in his second attempt when he hit 44095 on the scale.

When will Alexander Volkanovski return?

Alexander Volkanovski last fought at UFC 245 against Max Holloway. In this fight, he became the new featherweight champion by dethroning the Hawaiian star via a unanimous decision.

His plans to fight Holloway at UFC 250 in his home country has been derailed because of the Coronavirus outbreak. However, UFC president Dana White is confident that both fighters will be able to compete soon. While it’s unclear if Volkanivski will be able to travel to the US for fights, he could be a part of UFC Fight Island. His countrymen, Robert Whittaker is competing against Darren Till on July 25 at Fight Island.

Volkanovski not keen on a rematch with Max Holloway

Volkanovski revealed in an interview earlier this year that an immediate rematch doesn’t make sense because the fight wasn’t as close as he had initially anticipated.

“Straight after, Dana White was mentioning the rematch and even I touched base on it but watching back the tape, the fight wasn’t probably as close as I originally thought,” Volkanovski said last month in an interview.

Who do you guys think wins in the rematch between Alexander Volkanovski and Max Holloway?

Previous articleHear what the headlining fighters of UFC 250 have to say a day before the event!
Next articleUFC 250: Amanda Nunes vs Felicia Spencer: Main Card results, play by play, highlights