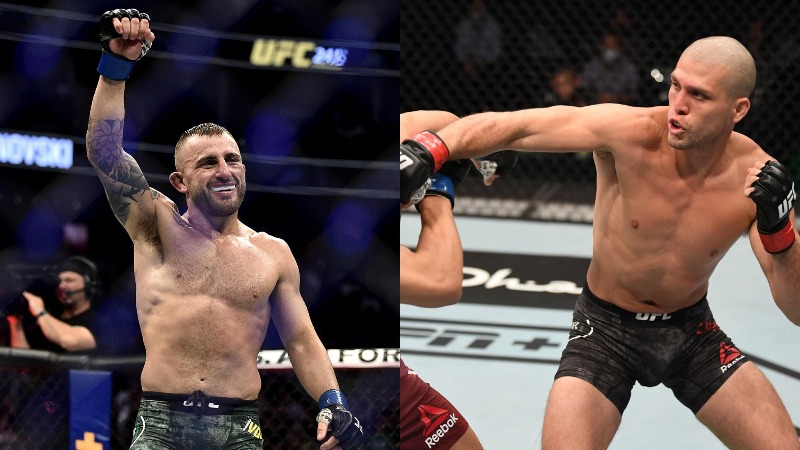 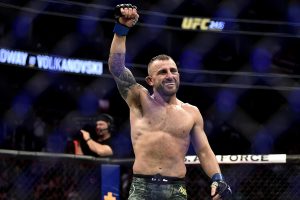 According to Brett Okamoto of ESPN, the fight is off because of protocols related to Covid-19.

The UFC 260 featherweight title fight next weekend between champion Alex Volkanovski and Brian Ortega has been canceled due to COVID protocols, per the broadcast. No makeup date announced.

“The UFC 260 featherweight title fight next weekend between champion Alex Volkanovski and Brian Ortega has been canceled due to COVID protocols, per the broadcast. No makeup date announced,” Brian Ortega tweeted.

Volkanovski has been anxiously awaiting new competition after he won the title with a unanimous decision against Max Holloway in 2019 and then turned around to defend the belt in an immediate rematch seven months later. The second time around, Volkanovski edged out a split decision but ultimately he has two wins over Holloway. Brian Ortega inserted himself into that position after a lopsided win over “The Korean Zombie” Chan Sung Jung in the UFC Fight Island 6 main event.

Brian Ortega suffered his first career loss at UFC 231. His first attempt at the featherweight strap against then-champion Max Holloway went in vain. Holloway’s experience and crafty striking proved to be too much for him. But, after almost a 2-year lay-off, Ortega returned against “The Korean Zombie”. Many believed this to be a nightmare matchup for him. However, “T-City” shut down his doubters in style as he schooled Jung throughout 5 rounds.