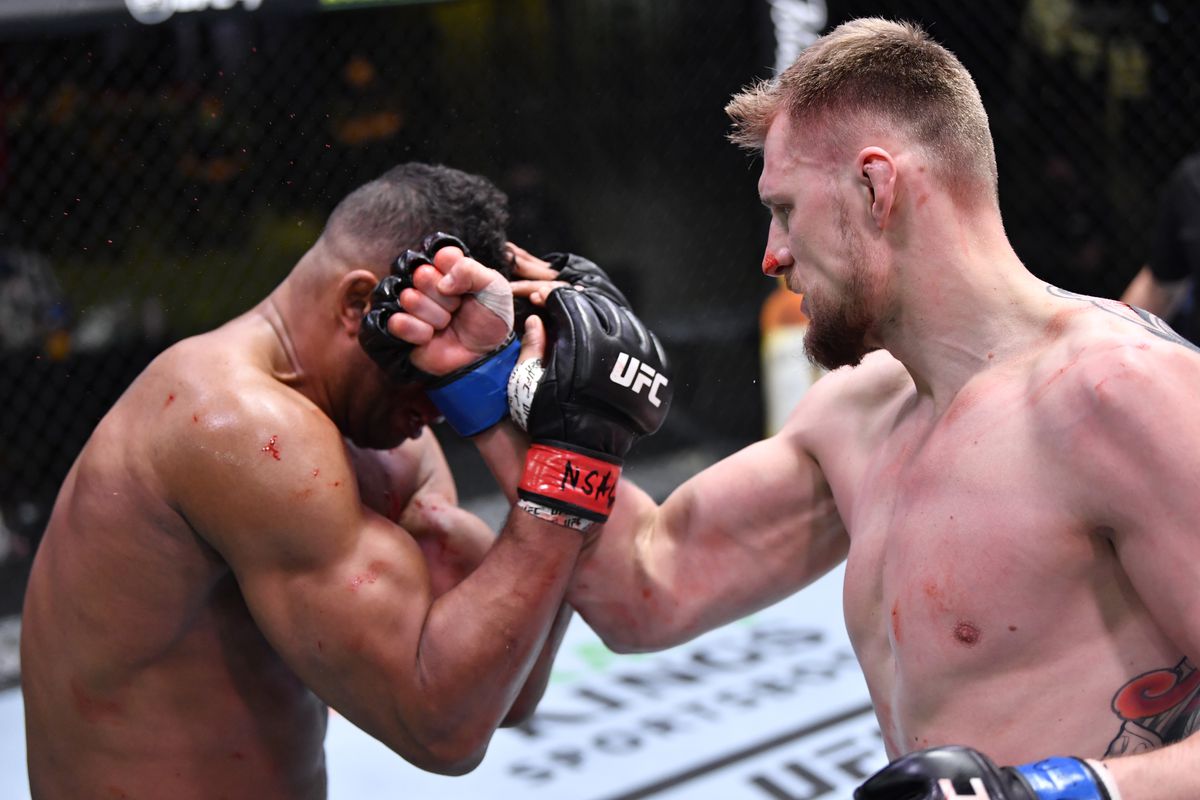 Alexander Volkov controlled the pace of the fight as he chased around Alistair Overeem inside the cage. He started hitting Overeem initially with his leg kicks and then started wrecking the upper body of the Dutch heavyweight.

Overeem looked very slow on his feet and as he circled around the cage, he ate some heavy punches from the Russian. The actual damage started in the second round, as Alexander Volkov started letting his hands go off more and unloaded with his hard body and headshots. Ultimately the referee had to intervene and he stopped the fight in the second round. 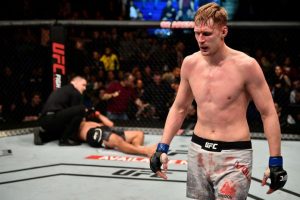 With a win over a legend like Alistair Overeem, the Russian MMA star Alexander Volkov’s stock has definitely risen and he now wants to fight for the title next.

“I want to fight for the belt, for sure,” Alexander Volkov said in a post-fight interview. “But we’ll see. We’ll have some good fights in the future at heavyweight, so we’ll see how it finishes and we’ll see what will be my place. But for sure, I would like to take a title shot.

“I feel really excited and I feel great. It’s my time, and I’m coming for the belt.”

Alexander Volkov says he has evolved

Alexander Volkov has now won three of his last five fights and is now riding on a two-fight winning streak. Alexandr Volkov’s last loss came against Curtis Blaydes, where he was taken down numerous times throughout the fight.

Volkov said that he has learnt a lot from that loss and now has gotten better.

“I work a lot. I feel now I’m in really good shape, but for sure in the future I’ll be feeling better and better. So this is not the end of my shape and my form,” Volkov said. “I will get better and I’m trying to make hard camps, working on all my skills that I didn’t do before, and I’ve become better.”

The current UFC heavyweight champion Stipe Miocic will be defending his title against former title challenger Francis Ngannou in a rematch at UFC 260 scheduled to take place on March 27.

Do you guys think Alexander Volkov can win the UFC title? Let us know in the comment section below.