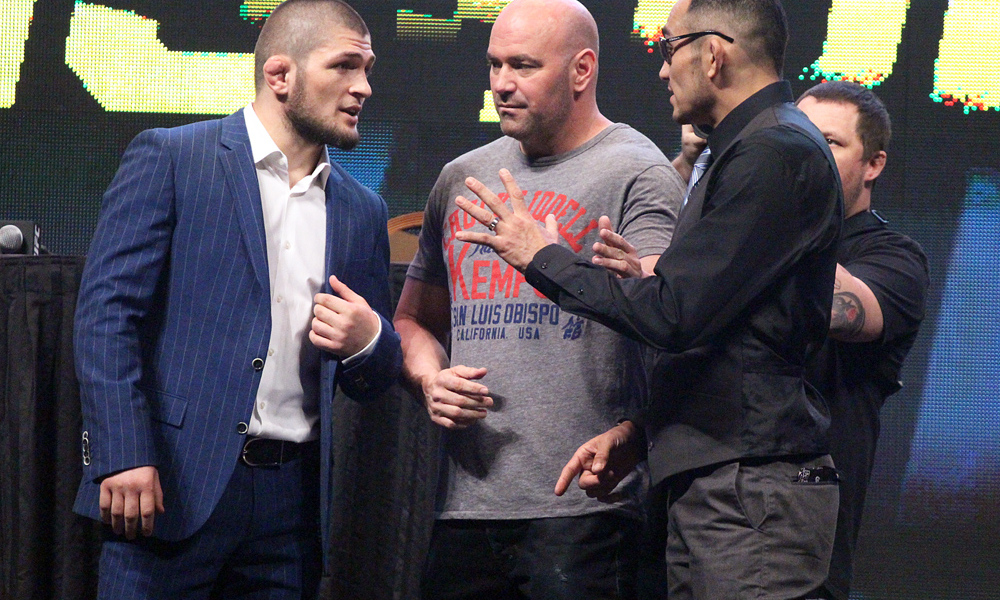 Khabib Nurmagomedov’s manager Ali Abdel-Aziz is apparently worried about Tony Ferguson. Khabib and Ferguson will fight for the UFC Lightweight Championship at UFC 223 on April 7 and Ali feels that it will be a dangerous situation for the Interim Lightweight Champion.

One of Ali’s most notable clients, Khabib had secured a dominant win against Edson Barboza at UFC 219 and had delivered a similar performance against Michael Johnson prior to it.

And according to Ali, both these performances will be nothing compared to what Khabib has in store for Ferguson.

The Khabib – Ferguson showdown will serve as the main event of UFC 223 whereas Joanna Jedrzejczyk vs. Rose Namajunas for the Women’s Strawweight Championship will be the co-main event.