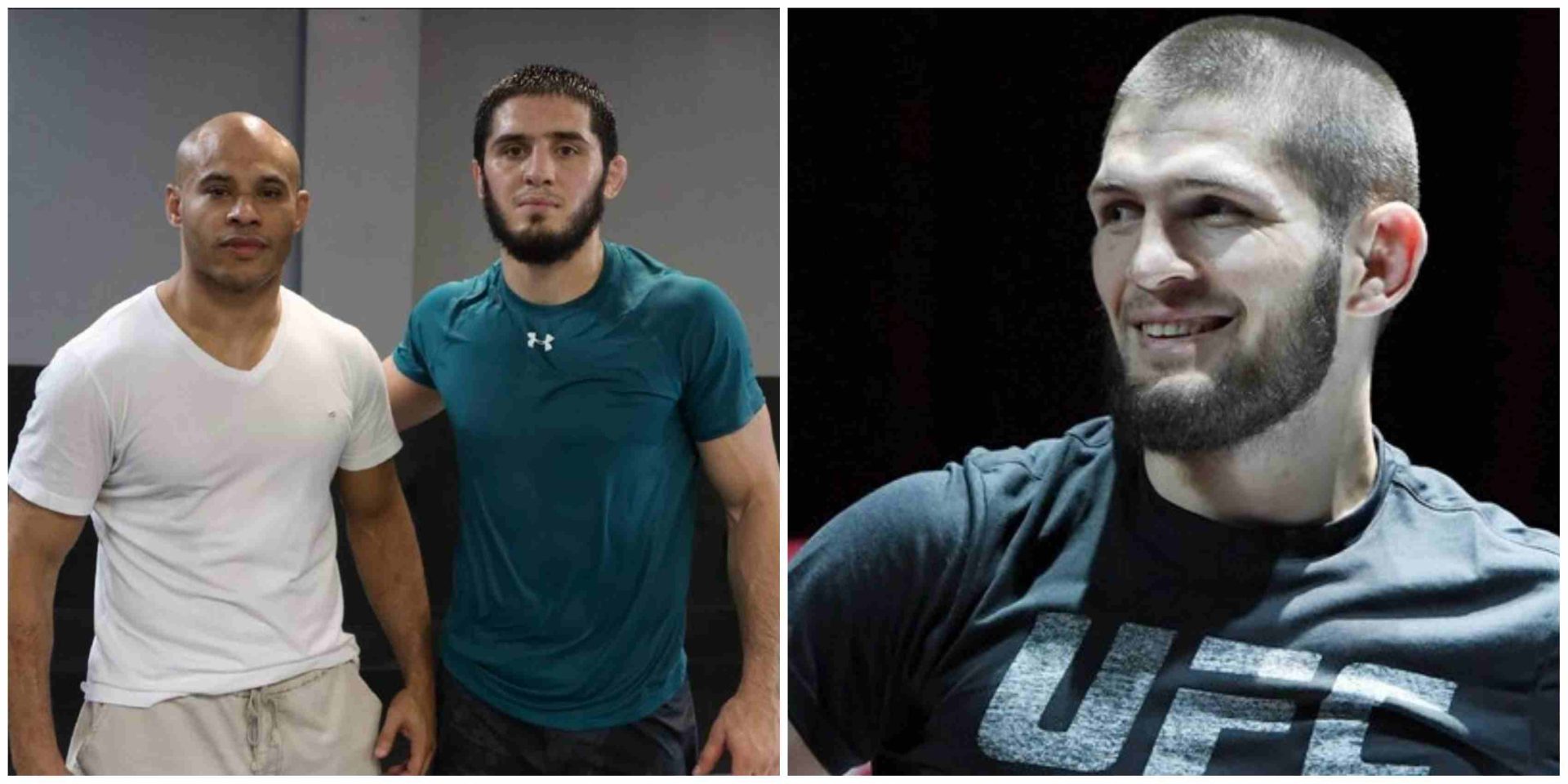 UFC lightweight Islam Makhachev has always been seen by the MMA fandom as a true successor to Khabib Nurmagomedov, to walk in the shoes of the former undefeated lightweight champion. They both have often been compared to each other for their similar heritage and fighting styles. However, his manager Ali Abdelaziz believes Islam has the potential to become even better than his fellow Dagestani mixed martial artist with the years to come.

Islam Makhachev is going to be one of the greatest fighters ever: Ali Abdelaziz

Islam Makhachev is currently on an eight fight win streak in the UFC and is just days away from facing Dan Hooker at UFC 267 on 30th October, who is a much tougher opponent compared to what Islam has faced in the past. A win over the New Zealander will surely improve the no 5 ranked UFC lightweight’s chances of edging closer to a title fight, and to follow the path of his compatriot Khabib.

Even though Islam is already revered as a future superstar in the Octagon, manager Ali Abdelaziz, who also managed Khabib during his UFC reign, sheds praise on the 30-year-old and predicts that he will even surpass the ‘Eagle’, who retired with an impeccable 29-0 record and went down as one of the greatest MMA fighters of all time.

“I think he’s [Islam makhachev] going to be one of the greatest fighters ever,” Abdelaziz said in an interview with TMZ Sports. “I think he’s a better version of Khabib. I truly believe he is. He’s not now, but he can be, and I think he’s a future world champion, for sure.”

Coming off of a submission victory over Thiago Moisés at UFC Vegas 31 back in July, a win over Hooker, who is definitely going to be the toughest adversary Islam has faced inside the cage, will put him in a better position to earn a title shot in the future, which is currently under the possession of Charles Oliveira, with Dustin Poirier challenging the title at UFC 269 in December.

Do you agree with Ali Abdelaziz that Islam Makhachev will be able to surpass Khabib Nurmagomedov? Will he bring the UFC lightweight title back to Dagestan? Let us know in the comments.