Ali Abdelaziz, Kamaru Usman’s manager, goes back and forth with Ben Askren over interim title fight 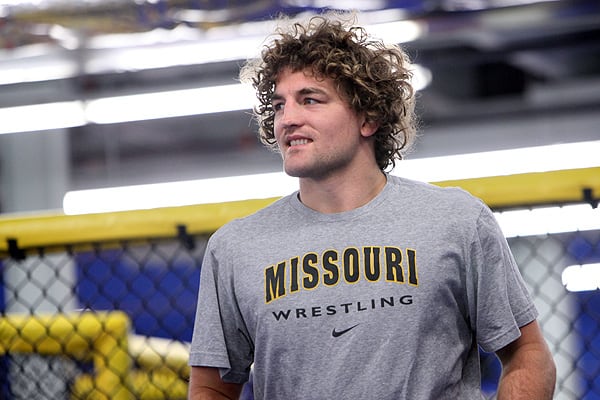 Ben Askren has been in the news recently after he was brought by the UFC as a deal with Asia based promotion One Championship which saw former Flyweight champ Demetrious Johnson move over to One Championship.Askren made a lot of noise after he was signed of by the UFC by calling out top welterweight contenders like Colby Covington,Darren Till,Masvidal and others like the Diaz brothers and Conor Mcgregor on Twitter asking for a fight with him.

The UFC finally scheduled his much anticipated debut in the promotion against Former Welterweight champ Robbie Lawler at the January 26 card for UFC 233.

While on the other hand,Tyron Woodley’s hand injury had made him back away from a showdown with Covington on the same card.Usman was offered to fight Covington there but the fight was rejected by the Oregon State University wrestler who has felt that the UFC is not keeping on promises,which is to give him the title fight against Woodley as he won the Interim belt in June. Well,Usman’s manager Ali Abdelaziz who had always been on the news because of his feud with Conor Mcgregor and the events leading in and after UFC 229 started the initial Twitter exchange with Askren telling him to get ready with Usman for an Interim cHmpionship fight and recommending him that the UFC does provide health insurance in case of a beatdown.

Askren soon replied to Abdelaziz stating that it is his client Usman who needs a good health insurance.

Lol glad your client has good health insurance bc I don’t need it. https://t.co/WE6nhb8jVO

Abdelaziz later tweeted that this is the big show and that Askren would panick when he won’t be able to take the much bigger Usman down.

Listen you’re an undefeated world champion much respect but this is the big show what are you gonna do when you can’t take Usman down? Somebody should call 911 because you’re gonna be in big trouble #fact call uncle @danawhite https://t.co/xv7TfCqnvf

Ali also praised Askren for taking up the fight no one really wants to .

But one thing I gotta give you credit is you got balls. You want to fight a guy no one wants to fight. Looking forward to the build up https://t.co/xv7TfCqnvf

The former two promotion champ had the last words in the Twitter barb tweeting out that he would take Usman down and beat him like everyone else.

Take him down and beat him up like everyone else. Ali you are working in a world of faulty assumptions. https://t.co/lQrORKFL5G

It’s interesting to see this Twitter war going on between Usman’s manager Ali and Askren as a future fight between Usman and Askren will be a highly anticipated one in the welterweight division.