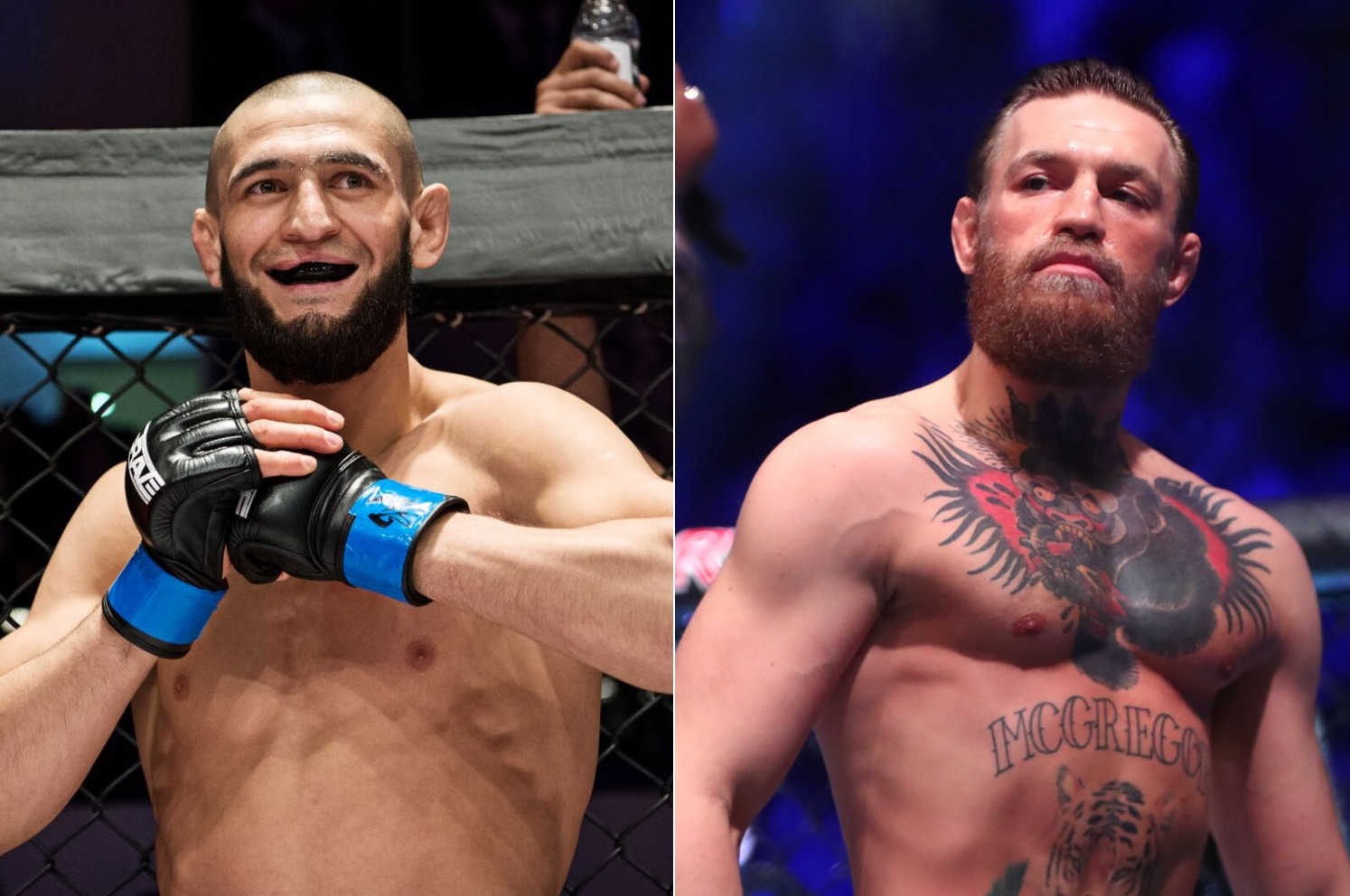 UFC’s current hot-prospect Khamzat Chimaev is relishing on a three-fight win streak within just two months into the promotion. He has finished all of his opponents till now, gaining the latest win against ‘GM3’ Meerschaert via TKO in 17 seconds. While certain fans tagged him as a ‘hype train’, his recent win at UFC Fight Night 178 has put a quell on his criticisms. 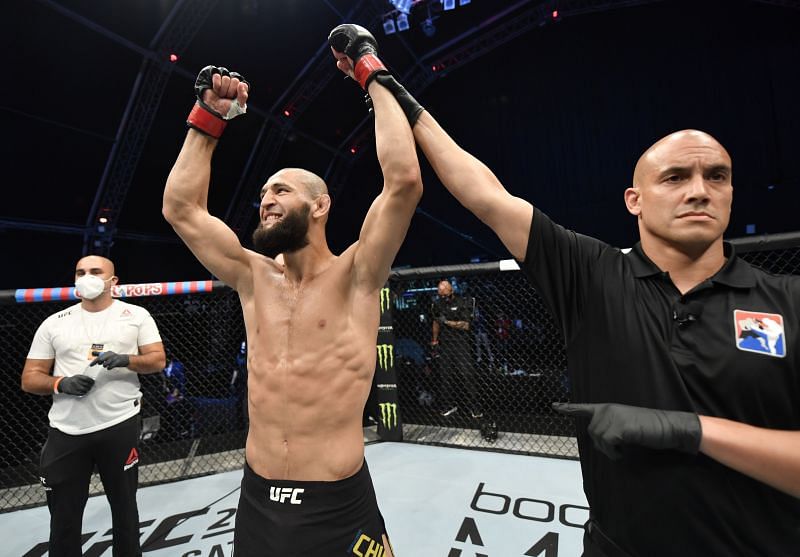 Meanwhile, ‘Borz‘ Chimaev has already set his eyes on the A-listers of the division, asking Dana White to offer him at least five big fights shortly. It isn’t even surprising if we look at Chimaev’s activeness in the past two months.

Without taking a lot of damage, Chimaev has manhandled all three of his opponents. Thus, it is safe to state that he can alarm a lot of top-rated fighters in the promotion. Especially when he has already put them on his radar.

The 26-year-old Swede hasn’t even touched his “prime years” yet and out of an impressive roster, he might be the most dangerous talent that is represented by Ali Abdelaziz. Yes, Khamzat Chimaev is only 9-0, but what sets him apart is some special attributes.

He’s now shying away from any comparisons to his Dominance MMA teammate, Khabib Nurmagomedov. His skill set does have a lot of resemblance to that of The Eagle, except the fact that he has more firepower in his hands than the current Lightweight Champion. His power is something to feast your eyes upon and it’s the speed and precision that he hits a target which is more impressive.

The fact that Khamzat Chimaev can bounce between Welterweight and Middleweight without blinking an eye, is impressive especially in this day of botched weight cuts. However, with time, this will become a lot harder and he will have to choose where he feels the best at.

Khamzat Chimaev’s manager, Ali Abdelaziz, detailing what would happen to McGregor if he ever stepped in the Octagon with the UFC’s hottest fighter.

“Khamzat would put Conor McGregor in a wheelchair, and he would drink from a straw for the rest of his life.”

TMZ Sports talked to Abdelaziz about Chimaev’s next opponent and it’s crystal clear he thinks it’d be a terrible idea for McGregor to fight him.
Abdelaziz made the following statements:”I’m not looking for Khamzat to fight a mentally unstable fighter. Conor McGregor is mentally unstable. I wish him the best of luck. Khamzat would kill him. He would really kill him.“https://youtu.be/XTkCeEXfRYM
Purchase the UFC merch here.
To bet on MMA event click here and to bet on other sports, click here.ALSO READ: