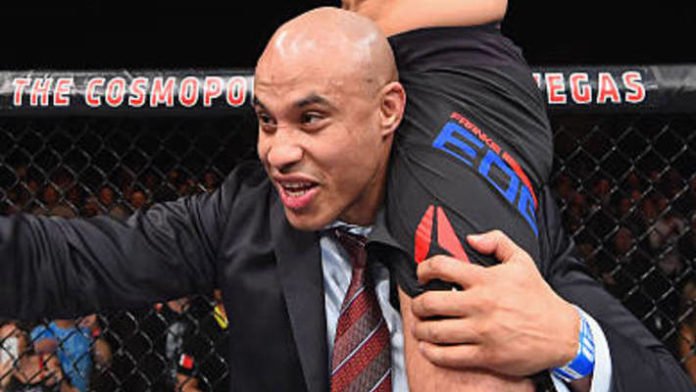 Since UFC 229, there were also talks about Khabib fighting Floyd Mayweather in a boxing match, but that has looked far-fetched idea, although MMA fans want him to fight No. 1 contender Tony Ferguson who has earned his shot at the lightweight title. Then there is also a massive rematch offer given to him to fight Conor McGregor.

However, Khabib Nurmagomedov’s manager Ali Abdelaziz said in an interview with TMZ that Floyd Mayweather has been blowing Ali’s phone trying to make the fight with the Dagestani superstar.

“Me and him have been texting each other for the last month and if he says he did not, I’m gonna put everything on the line. Do not lie, Floyd,” said Abdelaziz. “He’s very much begging for the fight. I told him, I said he’s 57 years old, his body’s weak, he’s fragile, he’s got a small head. People think I’m crazy but I think Khabib would beat his ass. He thinks Khabib is easy money but Khabib is much younger, much stronger, tougher than Conor, a guy that went to the eleventh round with him. And Conor gave up, he’s a quitter. Khabib is no quitter.”

Ali then went on to call Floyd a coward and said that he doesn’t have the balls to get into a real fight.

“Listen, Floyd Mayweather is not a fighter, he’s an athlete,” Abdelaziz said. “[In] the UFC, you have to be a full-blown fighter. If we catch Floyd Mayweather on the streets, we’ll beat his ass because he can’t defend himself. He’s an athlete. He doesn’t have enough balls to fight in a real fight. Khabib will fight you in an elevator, phone booth, [he’ll] fight you anywhere. Floyd Mayweather only can fight you in a boxing ring. He’s gonna call himself a fighter, okay, but he doesn’t have the balls to go to the UFC so we will fight him in a boxing fight and beat his ass, no problem.”

Who do you guys want to see Khabib Nurmagomedov fight next?