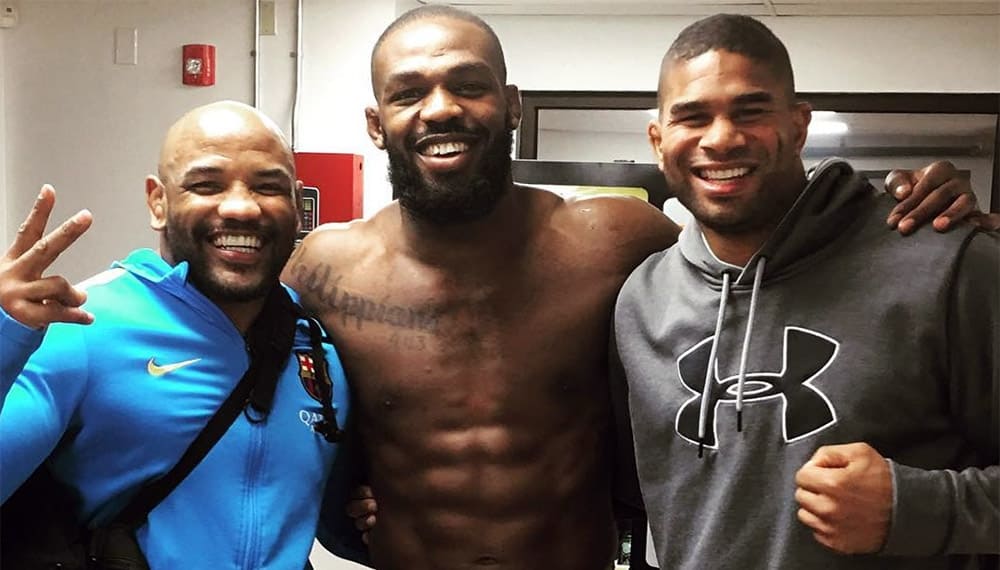 UFC heavyweight Alistair Overeem recently said he would be ‘honored’ to welcome Jon Jones in the heavyweight division. 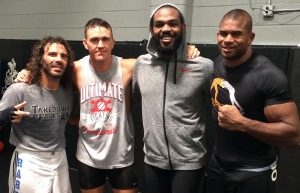 Alistair Overeem (46-18-1) is one of the few most elite fighters in the UFC that has never had his hand on the UFC belt. For a career this long, he has had some great fights against fighters like Junior Dos Santos, Stipe Miocic, and Francis Ngannou. His recent loss against Jairzhinho Rozenstruik was hard to watch as he dominated Jairzhinho for the most part of the fight, but lost via Knockout after receiving a massive blow to the lip in the last few seconds of the fight.

He said he will make one final run at the belt before retiring from the sport. His upcoming fight against Sakai will determine the fate of his plausible matchup against Jon Jones. “We’re still hunting for the title,” Overeem said. “I would say also I’m in the last phase of my career. So those two things are a little bit on my mind. Finish the career and one more run at the title.” With the division already being stacked with dangerous fighters fighting for the top seat, a virtually undefeated Jon Jones could be a threat to Alistair Overeem’s final run for the title.

Is Alistair Overeem a good fight for Jon Jones?

After cleaning out the Light Heavyweight division, Jon Jones announced earlier that he is ready to move up to the heavyweight division. There is no shortage of exciting fights for Jones, as he could very well be a tough fight for the current champion Stipe Miocic. After Miocic defended his title in the trilogy fight with Daniel Cormier, it was clear that Francis Ngannou would get the next shot. Though he previously defeated Ngannou in 2016 after the two went five rounds, Ngannous has definitely proved later that he deserves a rematch. Ngannous is on a 4 fight win streak against Curtis Blaydes, Cain Valasquez, Dos Santos and Rozenstruik, and has knocked out all 4 within the first round.

It is difficult to undermine the possibility that Francis has learned a lot after his first loss, and will get redemption in the rematch. It will be unfair to Francis if he is asked to fight Jon Jones to get a title shot, after looking at his last four fights. Dana White also said that Francis is next in line, and Jon Jones will not jump over him.

With the two biggest possibilities cut out, Alistair Overeem or Brock Lesnar seem to be the two most likely matchups for Jon Jones.

Previous articleUFC Vegas 9: Overeem vs. Sakai Odds, Prediction, Verdict
Next articleMicheal Chiesa gives the title of the Greatest of all time to Demetrious Johnson