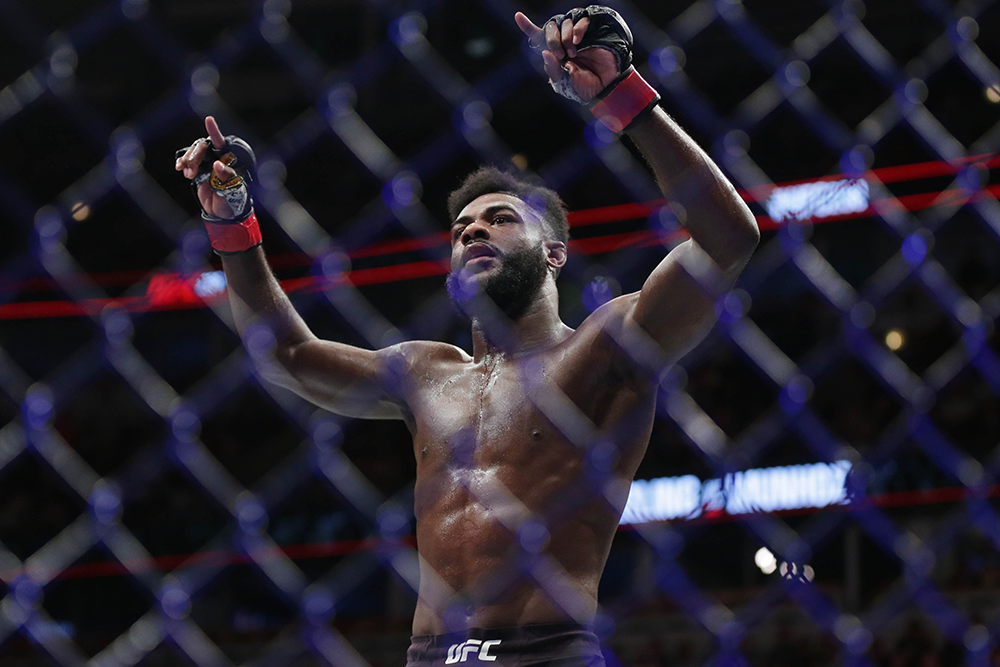 Jon Jones’ contribution to bringing Aljamain Sterling to MMA is not a new story. Both the UFC stars went to the same college SUNY Morsville in New York for a year. Sterling would later transfer to Cortland, the same college as his old high school coach. However, keeping in touch with Jones was what led to “The Funk Master’s” introduction to mixed martial arts.

Sterling has now revealed that Jones even invited him to train with him in Albuquerque, New Mexico at Jackson-Wink.

“Jon Jones actually invited me to come down when I was debating whether or not to go back home to Long Island after school was over and trying to figure out where I want to move,” Sterling told MMA Junkie Radio on Tuesday. “I didn’t even know that gym existed – Weidman, Serra-Longo. I didn’t even know that existed because I was all the way upstate and sure enough, I was glad that I made the right choice.”

Aljamain finished his college career as a two time All American. But after that he was having a hard time to make ends meet. He would stay in Cortland as a part-time wrestling coach making $100 a week while training for his own fights. Later on he was discovered by former UFC champion Chris Weidman. Weidman invited him to move to and train in Long Island, evidently the place where Sterling grew up.

In the long run the decision turned out to be a right one for him. Having amassed a 18-3 record in his professional career, he has helped his family come out of poverty. His main motivation for not joining Jackson Wink was the lack of attention that he would have to face among the already established names in the gym.

Lately the atmosphere at Jackson-Wink hasn’t been the most pleasant one. In the later half of the previous year, Donald Cerrone and the owners threw allegations over each other questioning each other’s loyalty. The previous month, one of the longest reigns client of the gym, Diego Sanchez broke his ties. Interestingly, his complain was also about not receiving enough attention. Out of all the people in the world, few would get that better than Sterling.

“It’s hard to do that with a lot of high-level guys in one room,” Sterling said. “Like I said, one coach only has so much time and hours a day to work with everybody so I feel for (Sanchez) in that situation.”

Previous articleJavier Mendez: Rockhold is 100% ready for Jon Jones
Next articleJoe Rogan on Tony Ferguson: He just doesn’t get tired!