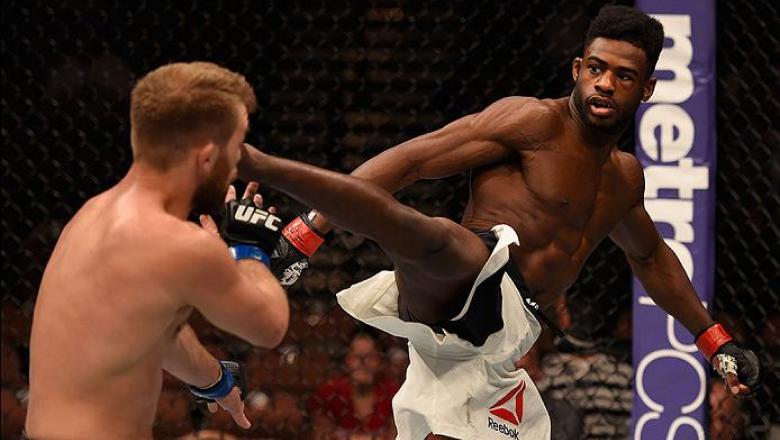 Aljamain Sterling won’t be happy if he is given anything less than a title bout for his return.

The top-ranked UFC bantamweight contender now has defeated four straight opponents and is on the verge of the biggest bout of his life. But now that Cejudo is injured and quite possibly on the shelf until 2020, Sterling is left to ponder his options.

Sterling said the following to MMAJunkie :

“This just ties the two divisions all over again,” Sterling said. “I hope it doesn’t turn into a circus all over again like it did with T.J. going down and tying up the division. I just don’t want to see this division get tied up after we just got fresh new life. Everything is going well right now in terms of people are excited about the bantamweights.”

“I’m really confused by what’s going on,” Sterling said. “At least Petr Yan’s got a little bit of balls. I’m not sure where Henry Cejudo’s balls are at. I think he might have left them somewhere with Marlon. Maybe he realized this division is really tough, so he’s calling out the guys that he thinks will be the easiest go for him.