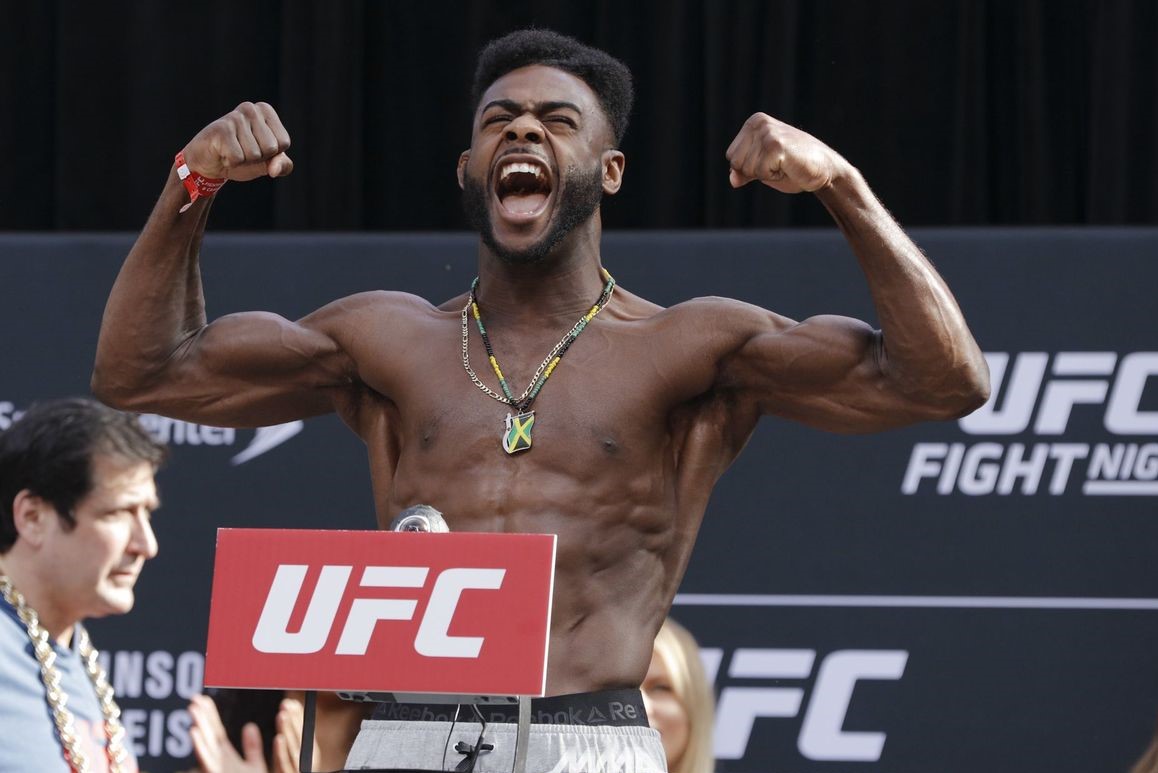 Urijah Faber impressed a lot of people with his comeback into the UFC. His quick work of Ricky Simon earned him applause from all the MMA community. That included current bantamweight up comer Aljamain Sterling. Even though Sterling praised Faber’s performance, he didn’t like him calling out the champ Henry Cejudo.

“Funk Master” has been raising his stock in the UFC consistently. After suffering a knockout loss at the hands of Marlon Moraes, he has never looked back. He has racked up four straight victories, three of which came by unanimous decision. His latest outing was last month at UFC 238 where he defeated Pedro Munhoz.

It is because of his impressive resume that he believes he deserves the title shot. He posted a message on social media to let the fans know about his intentions.

“‘I usually don’t do this but when I do, it’s to stop the bullsh*t’”, Sterling said via his Facebook fan page. “Back to business! Your title challenger is here! Faber, great finish, but you need to at least beat someone in the Top 10. I’ll handle CeDooDoo, aka Triple Chump from here!”

“The Funk Master” has himself received call outs from fellow bantamweights. Petr Yan, who defeated Jimmy Rivera on UFC 238, has been calling for a fight with Sterling. However, right now he has eyes firmly set on the title fight against Cejudo.

Petr Yan responds to Aljamain Sterling’s call out in JRE

Previous articleArtem Lobov wants to fight boxer Amir Khan in BRAVE
Next articleWatch: A look at all the ‘spinning sh*t’ that Ryan Hall threw against Darren Elkins