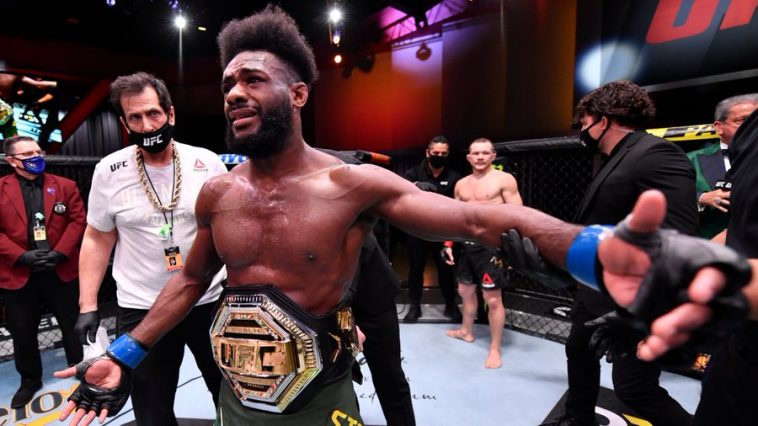 Newly crowned UFC bantamweight champion Aljamain Sterling and his coach have been receiving a barrage of hate messages after UFC 259. 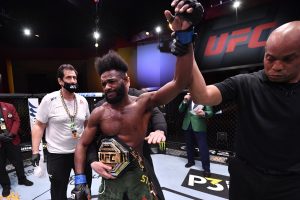 Ever since Aljamain Sterling won the title, his coach’s phone has been receiving an endless amount of hate messages.

“Like, what the f*ck? They don’t stop,” Longo told MMA Junkie Radio on Monday. “Does that make you feel better? I don’t even know. This stuff is really crazy. I’ve never once got on social media and said anything negative. I don’t know why. I don’t know. There must be a lot of miserable people out there. I don’t even want to think about it.”

Ray Longo said that even though Aljamain Sterling rightfully deserved to get the belt because of Petr Yan’s mistake, he said that winning the belt has cursed him. Fans and fellow fighters alike have accused of overselling the illegal knee.

“Even though Aljo won the belt, it’s almost like it cursed him,” Longo said. “Guys, the amount of hate that I’m getting is insane. Like, I don’t make the f*cking rules. What are you yelling at me for? This is insanity. I’ve been around a long time. I’ve never experienced this ever. This is pure hatred. For what? I have no clue. It’s a f*cking sport and there are rules.

“If anything, I’d really love to hear from Yan what would possess him. You were winning the fight at that point. Why would you do that? It wasn’t in the heat of the battle. It’s just nuts, man. I’ll just tell you: This social media sh*t is out of control.”

“Listen, I hope (Sterling) can compartmentalize this,” Longo said. “The sh*t he’s getting thrown at him, if he’s a sensitive cat, he’s f*cking in trouble. I’m telling you the sh*t I got. I’ll never respond to anything. And I mean this from the bottom of my heart: I couldn’t care less what anybody says. It’s almost comical, to me, at this point. I think the first time I woke up, I just rolled over and looked at my phone: ‘You’re a piece of sh*t.’ (H/T – MMAJunkie.com)

Do you guys think Aljamain Sterling will rematch Petr Yan? Let us know in the comment section below.