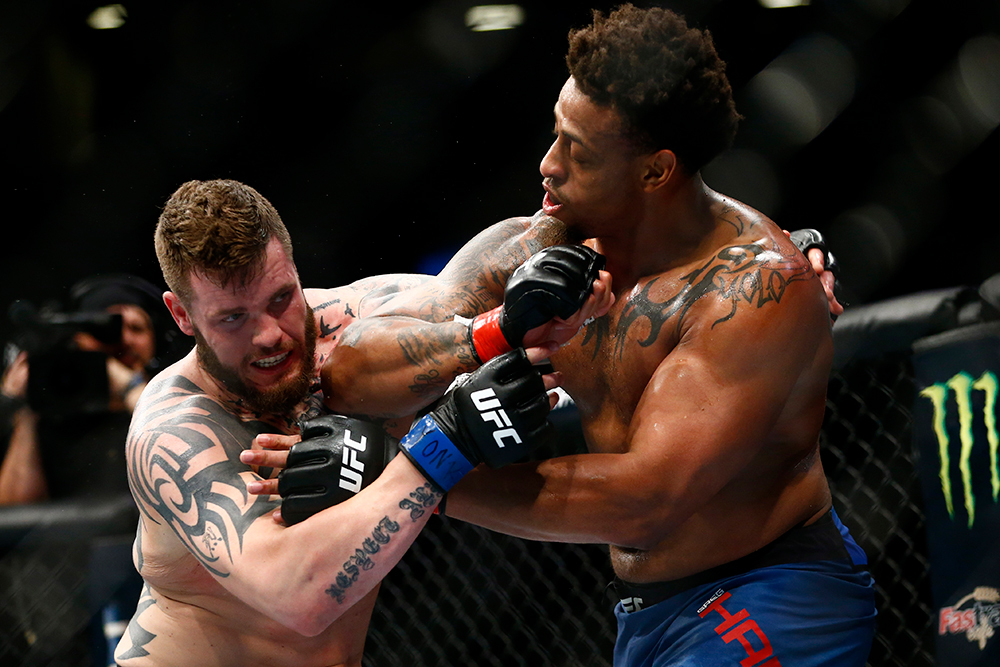 Last Saturday Greg Hardy got disqualified for striking his opponent Allen Crowder with an illegal knee. The fight was co-main event for UFC Fight Night Brooklyn. Hardy was disqualified at the 2:28 mark of Round 2. The event took place at the Barclays Center in Brooklyn, New York.

After Crowder was unable to continue, the bout was called off. He has already taken a lot of heat from MMA media and fans for his earlier cases of domestic abuse. However, MMA fans have their own theory as to what unfolded on Saturday night, according to the fans, Greg Hardy threw the illegal knee because he wanted a way out. 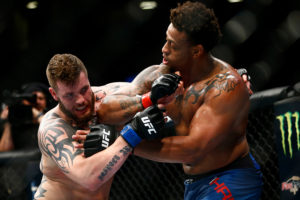 But Allen Crowder doesn’t buy that theory and has said that it was his inexperience. He appeared on The MMA Hour show and gave his thoughts.

.@AllenCrowder6 doesn't buy the theory that Greg Hardy was looking for a way out at #UFCBrooklyn. Do you agree with his take?

“I don’t think he was looking for a way out,” Crowder said. “I think it’s more inexperience. He’s not been doing this very long. He stepped out to the side. I believe in his mind he thought … I know he knew he’s not allowed to throw that knee with me on the ground. But I think heated up in the heat of the moment, he just forgot for a split second and threw that knee trying to get that finish. He just made a mistake. Another mistake of many mistakes that he makes. But I don’t feel like he was trying to cop out of the fight. He’s a tough dude. I think it was just an inexperience kind of thing.”

Crowder also gave hardy a piece of advice and told him to work on his ground game and also that he was not “blown away” by Hardy’s power.

“Definitely, he needs to work on his ground game,” Crowder said. “He ended up using the cage, pushing me off. I made a few mistakes, too. I had a little ring rust. There was a lot of little things going back and looking, I should have done this, should have done this. I could have ended the fight there. That’s just part of the game, I guess.”