Amanda Nunes: ‘I’m in a moment that I could retire, you know.’ 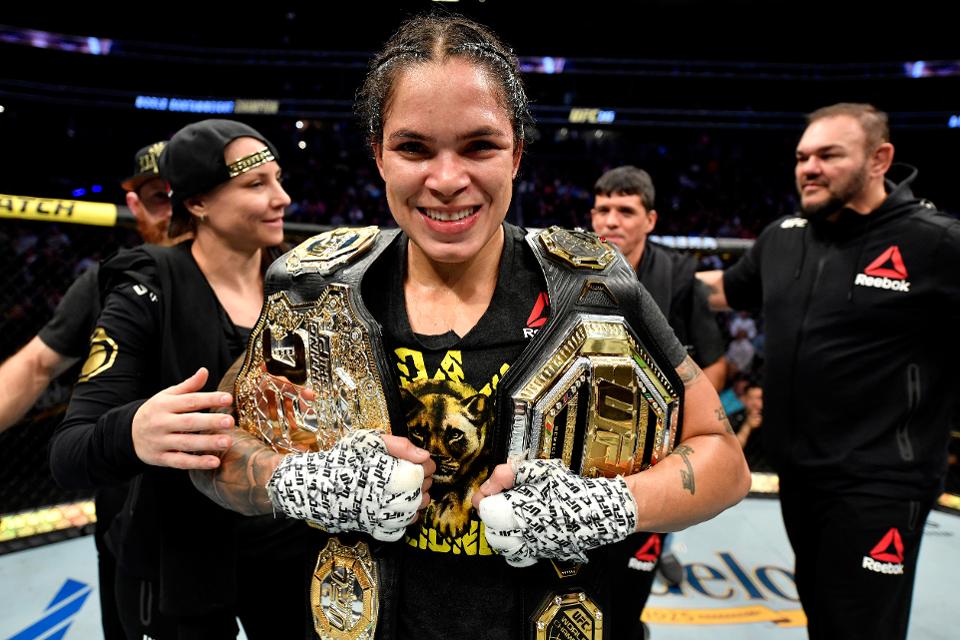 Two-division UFC champion Amanda Nunes is contemplating retiring. Nunes has emerged as the greatest female fighter of all time.

She is coming off of a dominant five-round performance over top featherweight contender Felicia Spencer earlier this month. Amanda Nunes successfully defended her featherweight crown by defeating Spencer 50-44, 50-44, and 50-45 unanimous decision. 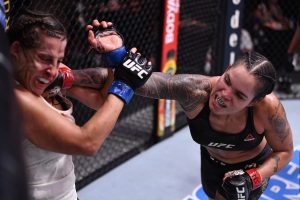 Amanda Nunes looked her absolute best in her last outing. She outstruck Spencer 124-42 in significant strikes and successfully executed six takedowns out of seven attempts. Spencer went 0-7 on takedowns.

Nunes is expecting a baby girl with her wife Nina Ansaroff and she will likely sit out for the remainder of the year. Following her dominant win earlier this month, the UFC seems to be running out of competition for Nunes and in an interview with the Brazilian TV show Esporte Espetacular she stated that she may retire.

“Ah, I don’t know, I’ve achieved everything I wanted,” Nunes said. “I’m well, I can go on with my life, maybe a [take] new step, maybe find new talents, help some girls there…maybe be a coach, too.

Nunes has defended the title in both featherweight and bantamweight division. Prior to her fight at UFC 250, she defended her bantamweight title against Germaine De Randamie at UFC 245.

Despite being a dominant champion Nunes isn’t respected amongst the fans like her male peers and UFC president Dana White believes that gender bias is to be blamed for that.