Amanda Nunes is focused on Holly Holm, dismisses rumours about a potential rematch with Cris Cyborg 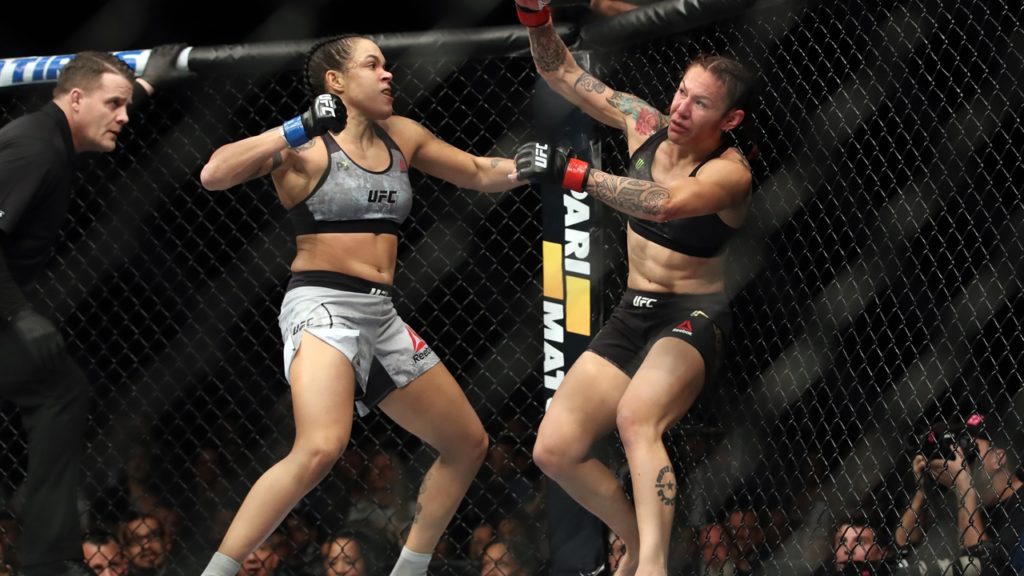 The current UFC women’s champ champ Amanda Nunes is about to defend her title in an epic fight against the former UFC women’s bantamweight champion and also the former multiple division women’s professional boxing champion Holly Holm at UFC 239. While many people are still fixated on her last opponent Cris Cyborg and want to see a rematch, Nunes has now made it clear that her focus is on Holly Holm and not on a rematch with Cyborg.

In a recent interview given to MMA Fighting, Nunes discussed her upcoming fight with Holm. She also said that her focus is at fighting Holm this Sunday and dismissed and ignored all talks of a potential rematch with the Brazilian legend, Cyborg. 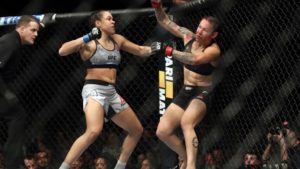 Here’s what she had to say:

I’m prepared to go five rounds, We can’t get in the cage thinking that we’ll win quickly, that we’ll get the knockout. I’m ready for five rounds. I can win this fight in a decision. On the feet and on the ground, I’m ready. Of course that I’ll try to knock her out, but I’m not attached to this idea. We have five rounds. The opportunities will definitely come throughout the fight and I’ll be ready to capitalize on that.

My focus is on Saturday and after this fight we can talk more about Cris, it’s important to continue focused. After (the fight), I’ll definitely talk about it at the press conference, when I’m sitting there with my new belt. The last fight was huge for me. The whole preparation was really heavy for me and for her because Cris was the most feared fighter on the face of the earth and for my mother, me moving up in wight, skinny and all, my mother got really worried.

Cri Cyborg does not want to worry about her UFC future, is solely focused on her next opponent Felicia Spencer

Previous articleCri Cyborg does not want to worry about her UFC future, is solely focused on her next opponent Felicia Spencer
Next articleMARTIN NGUYEN TO DEFEND ONE FEATHERWEIGHT WORLD TITLE AGAINST KOYOMI MATSUSHIMA IN MANILA ON 2 AUGUST