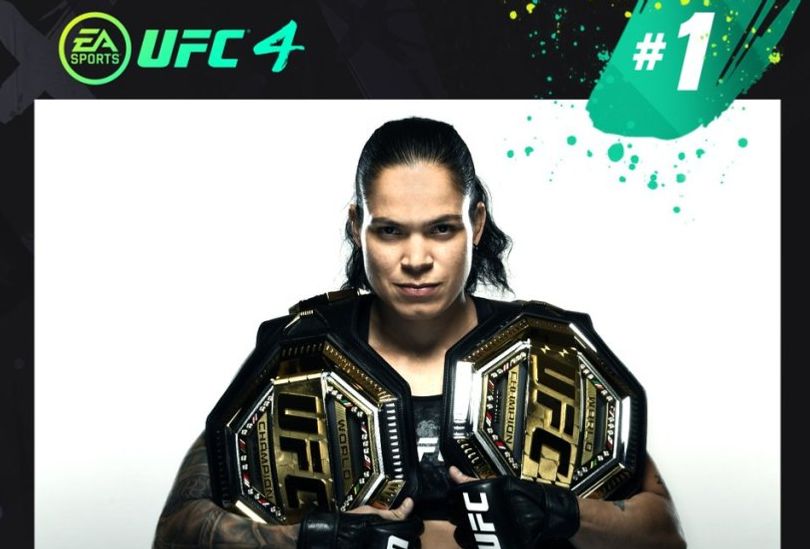 Amanda Nunes, the UFC women’s featherweight and bantamweight champion is ranked no.1 in overall fighter rankings in the new EA Sports UFC 4 game.

The EA Sports UFC 4 is the fourth game in the series of games launched by EA Sports. UFC 4 will be released on August 14 worldwide, the previous editions of the games were released in 2014, 2016, and 2018 respectively.

The latest edition of the game has already created a great buzz and has got of attention. The fans who have been regularly playing the previous games have been eagerly waiting for this edition of the game which has lots of new interesting features. The cover of UFC 4 features UFC middleweight champion Israel Adesanya and Jorge Masvidal. Lots of other interesting features are creating a big hype for the game one of that is boxing champions Anthony Joshua and Tyson Fury who are also part of UFC 4.

Before the release of the game, EA Sports have been releasing the official ranking for overall fighters which have become hot topics for debate. It has brought criticism towards the game on who should be on the game ranking. EA Sports UFC has released a ranking of 50 fighters overall. One of the most debatable topics of the ranking is Amanda Nunes being ranked no.1 over Jon Jones and Khabib Nurmagomedov.

Congratulations to all these fighters for being the best in the game 🔥 pic.twitter.com/TGQiBWnKiL

The ranking of top 10 fighters are as following:

No. 1 Amanda Nunes
No. 2 Jon Jones
No. 3 Khabib Nurmagomedov
No. 4 Valentina Shevchenko
No. 5 Henry Cejudo
No. 6 Israel Adesanya
No. 7 Weili Zhang
No. 8 Stipe Miocic
No. 9 Georges St. Pierre
No. 10 Kamaru Usman

EA Sports UFC 4 uses a star-grading system, in which each fighter is rated by their overall skills and is ranked on a scale of 1-5. They are given ranks based on their stars in grappling, striking, and health.UFC featherweight and bantamweight champion Amanda Nunes stands No. 1 in the rankings with a rating of five stars.

Accompanying her with a perfect rating is UFC light heavyweight champ Jon Jones, UFC lightweight champ Khabib Nurmagomedov, and UFC flyweight champ Valentina Shevchenko. These are the only 4 fighters with 5 stars in the game. As Jones is the pound-for-pound no.1 fighter in world so many people think he should sit on the throne of the UFC 4 rankings ahead of Amanda Nunes. Many fans and critics are in support of these rankings as being the 2 weight world champion Amanda Nunes deserves to be on the top.

Even before the release, the game has got huge attention and UFC is ready to set the stage on fire in the gaming world once again with EA UFC 4.

UFC 4: Here’s why Joe Rogan isn’t present in the game