Amanda Nunes has been steamrolling her way through her opponents in the UFC. She was already the first female fighter in the UFC to hold two belts simultaneously. She has now successfully defended both of them as well.

The first time that a fighter in the UFC held two belts at once, he switched sports and went on to fight on of the biggest boxers of our generation. However, that idea doesn’t seem impressing to Nunes.

While she worked her way to win a unanimous decision against multiple-time kickboxing world champion Germaine de Randamie at UFC 245, another combat sports star was making her appearance backstage at T-Mobile Arena in Las Vegas. It was the reigning middleweight boxing champion Claressa Shields.

The two time Olympic medalist, Shields, spoke to the media on Saturday and revealed that she had a meeting with Dana White to discuss the possibility of setting up a fight with Nunes. When the latter got to know about the crossover that was awaiting her, she warned Claressa about what awaits her on her side of the table. 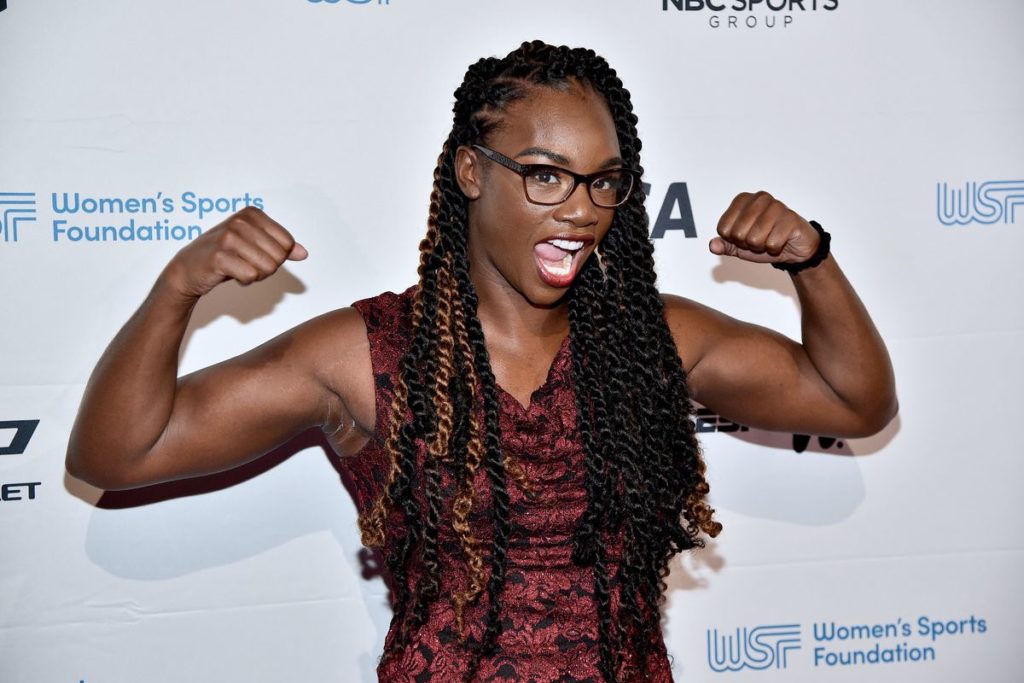 “She saw tonight,” Nunes said. “I don’t think she’s going to want anything to do with this.”

Nunes was further fed with the detailed setting that the ace boxer had in her mind. The idea would be for Nunes to meet Shields in a boxing match first and then the two would compete in an MMA bout. The thought drew even more hostile reactions from the double champ.

“I’m an MMA fighter, why she want to take me from my sport?” Nunes asked. “If she wants to fight me, come to my world. It doesn’t make any sense. I respect her as a boxer, but I’m an MMA fighter. I don’t like to fight [in boxing]. I like MMA.

“I like what I did today. If she can handle that for five rounds, come see me.”

Claressa had also stated that she needed six months to prepare for their MMA bout, if it takes place. Amanda alluded to the example of the fighter she had just defeated, Germaine de Randamie.

Previous article
Mike Perry has a message for kids after UFC 245 loss: Don’t be like me!
Next article
UFC: Dana White reveals who Kamaru Usman, Colby Covington and Max Holloway will fight next