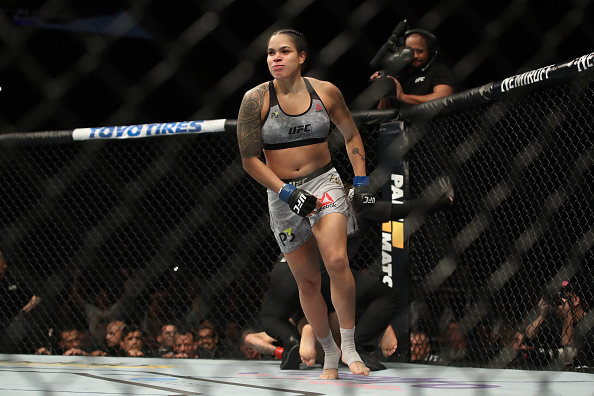 UFC is planning a number of fights for the future, but few of them are adding up to be the pay-per-view event that UFC 239 is looking like. With Jon Jones and Thiago Santos slated to face each other in the main event, the c0-main event looks promising as well. Amanda Nunes might be set to defend her UFC Women’s Bantamweight Championship against a former holder of the title — Holly Holm.

Amanda Nunes has proved to be the #1 fighter in the world when it comes to the women of MMA. She has won eight fights consecutively and is in excellent form. In what is possibly her most impressive win till date, she defeated Cris Cyborg with a 51-second Knockout in her last fight. The win also saw her win the UFC Women’s Featherweight Championship in a massive upset, thus becoming the first-ever woman to be a dual division champion.

Holly Holm won her last fight against Megan Anderson at 145 lbs. She holds the immense achievement of having knocked out Ronda Rousey as well in 2015. Her last loss came against Cris Cyborg, something she has since recovered from.

The two of them will take part in the co-main event of UFC 239 on UFC’s International Fight Week on the 6th of July.

Previous articleJon Jones to defend his Light Heavyweight title against Thiago Santos in UFC 239 headliner
Next articleJack Marshman ignored Army directive preventing him from fighting at UFC London; gets a formal warning