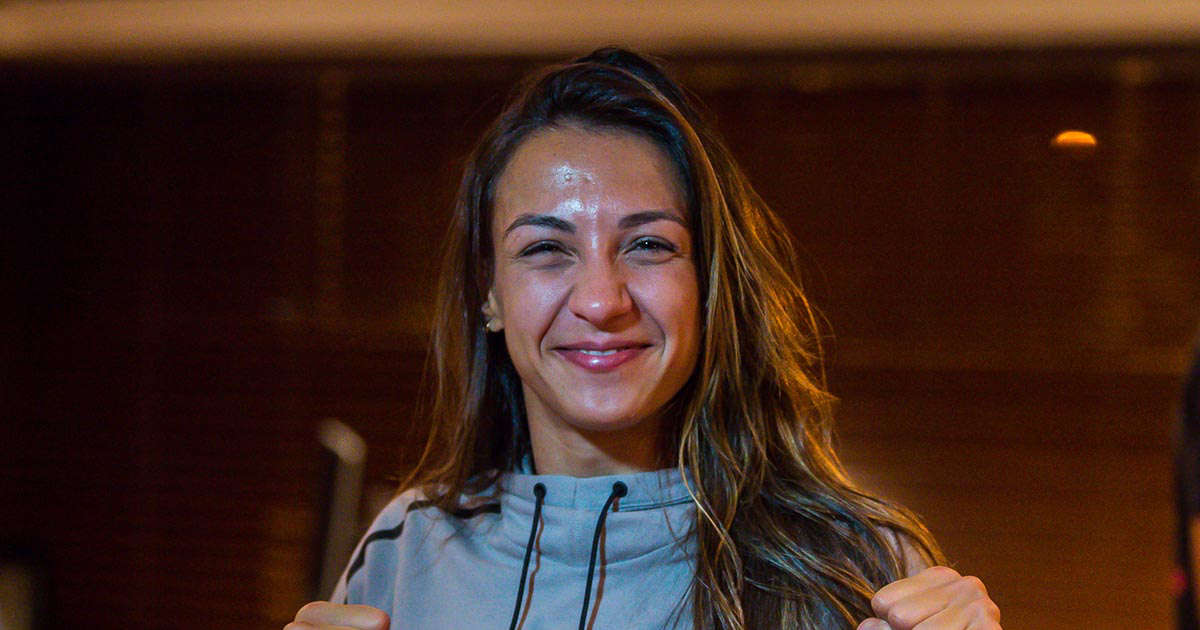 UFC strawweight Amanda Ribas suffered her first UFC defeat at UFC 257 back in January against Marina Rodriguez. It took an emotional toll on her.

The fight took place in Abu Dhabi and Amanda Ribas was fighting in the main card of one of the biggest fight cards of 2021.

Amanda Ribas was a heavy betting favourite heading into this fight and she was riding on a four-fight winning streak inside the Octagon. Prior to losing to Marina, she had defeated Paige VanZant via armbar submission in the first round at UFC 251 and before that, she had defeated Randa Markos and Mackenzie Dern respectively via unanimous decision.

She returns back this weekend against a surging contender in Angela Hill at the UFC Vegas 26 main card scheduled to take place this weekend at the UFC’s Apex facility in Las Vegas. 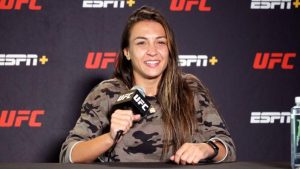 Amanda Ribas wanted to get back inside the cage immediately after her loss and she was offered a fight against Angela Hill. She expects the decision to go her way and she feels that it will be clash of styles between the pair.

“I was looking, and everybody in my weight division has a fight,” Ribas said. “I was looking at myself like, ‘Oh my goodness, I need to fight,’ because everybody is fighting and getting better in the rankings. I need to fight, and the UFC gave me this opportunity in one month and yes, let’s go. I will make the weight, I will do my best to do the best fight ever, because I want this fight.”

“Yes, for sure I’m capable because I’ve already seen this before,” Ribas laughed. “But I think Angela is really active inside the cage because she doesn’t stop and outside the cage, too. If the UFC need somebody, they call Angela. She’s always fighting.”

Amanda Ribas reveals the emotional toll from loss at UFC 257

When Amanda Ribas lost her first UFC fight, she wasn’t feeling emotional, but as she returned home to Brazil and saw her mother, a rush of emotions flooded her minds and she started crying.

However, words of consolation from her mother were enough for her to get motivated and start training.

“When I lost in Abu Dhabi, I was like, ‘I’m here in Abu Dhabi, so let’s enjoy the hotel and everything,’” Amanda Ribas said. “But when I came home, I saw my mom, and I started to cry. I cried a lot, and my mom is not a fighter, but it was the best words I could listen to. She said ‘Amanda, heads up. You won and lost all your life since you were a baby because you competed since you were a baby.’

“And I was like ‘Hmm,’ and after that it was like, ‘OK let’s go. Let’s learn about this,’ because I was winning the fight, and for some stupid mistake, I stopped. I think, not just a fighter, I think nobody can stop in life, so I stopped, and she threw the perfect punch. So I learned this, and now I’m more active with more energy because I want this fight.” (H/T – MMAJunkie.com)

Who do you guys think wins in a fight between Amanda Ribas and Angela Hill? Let us know in the comment section below.