Amanda Ribas vs Michelle Waterson in the works for UFC 257 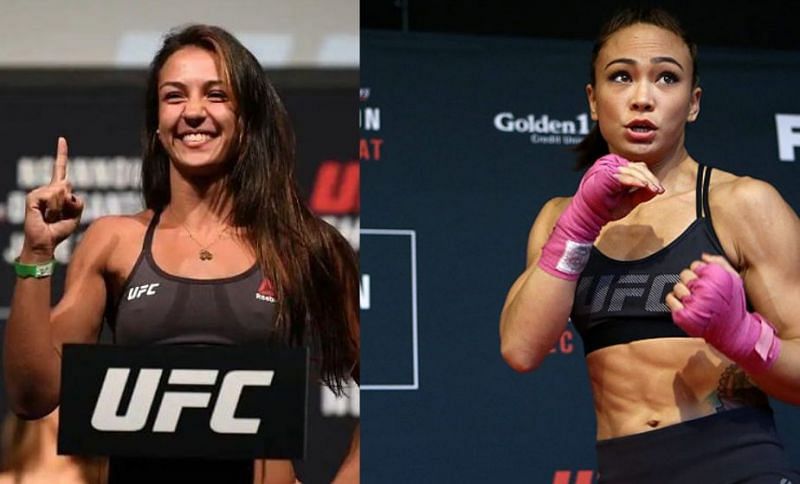 The UFC is aiming to add a major 115-pound fight between Amanda Ribas and Michelle Waterson for UFC 257, scheduled to take place on Jan 23. 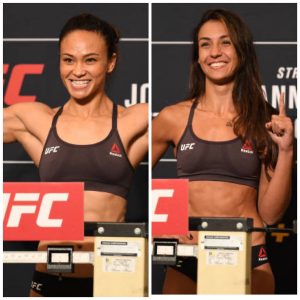 UFC Strawweight contenders Amanda Ribas and Michelle Waterson have verbally agreed to fight each other at UFC 257, but the event does not have an official location yet. The location will largely depend on the main event fight, which could possibly be Conor McGregor vs Dustin Poirier. If that is the case, it will most likely be held in the Cowboy stadium, as requested by Conor. The promotion is yet to announce the fight officially, however, people close to the UFC have reported this.

Amanda Ribas is 4-0 in the UFC and has had notable victories against Mackenzie Dern, Emily Whitmire, Randa Markos, and Paige VanZant. Her last victory against Paige on Fight Island put her in the spotlight.

Michelle Waterson (18-8 MMA, 6-4 UFC) has gotten back on her feet after consecutive losses at the beginning of her UFC run. In her last fight, she defeated Angela Hill in September, where she won via split decision in a ‘Fight of the Night’ performance.

UFC working on a fun one at 115 pounds … Michelle Waterson (@karatehottiemma) vs. Amanda Ribas (@amandaribasufc) is nearly finalized for UFC 257 on Jan. 23, per sources. pic.twitter.com/pktucjAs3n

“UFC working on a fun one at 115 pounds … Michelle Waterson (@karatehottiemma) vs. Amanda Ribas (@amandaribasufc) is nearly finalized for UFC 257 on Jan. 23, per sources.“, tweeted Brett.

In her last few fights, Amanda has proven why she has what it takes to be a top contender in the UFC’s strawweight division. The belt is currently held by Zhang Weili, who retained her belt in what could be called the Fight of the Year against Joanna. The fight went the distance and both fighters were severely damaged after the fight.

The next contender for the title shot is Rose Namajunas, who represents a serious threat to Zhang Weili’s reign. If Amanda Ribas is able to maintain her winning streak and defeat Michelle Waterson, there is no denying that her next fight should be for the title shot.